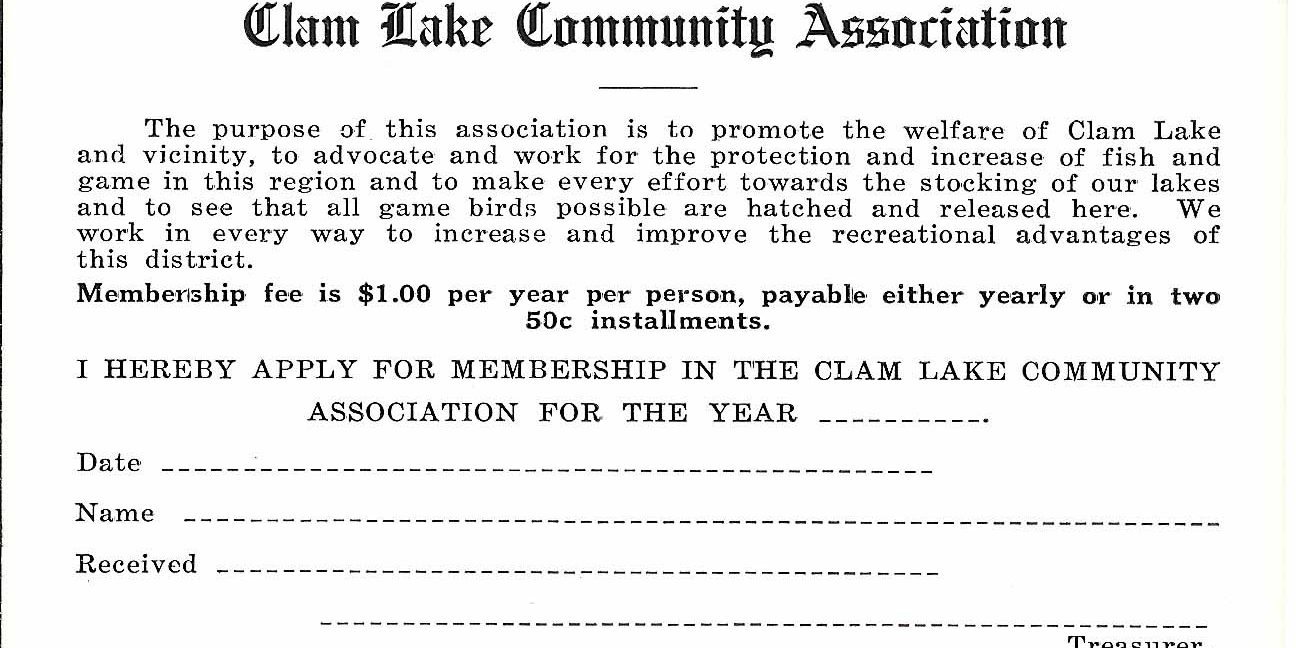 January 2018 meeting was cancelled due to inclement weather.

The meeting was called to order by President Bud Rubeck with fifteen people attending. The Pledge of Allegiance was said.

The Treasurer’s Report from November 9th, done by outgoing Treasurer Bill MacLeod, were accepted as read.

The current Treasurer’s Report was read by acting Treasurer Julie Rubeck. These were accepted as read.

New Business: It was agreed to purchase a plaque for Bill MacLeod to be placed on the Memorial Board in the Park in memory of all that he did for his community.

The new officers of Lynne Rice as Secretary and Julie Rubeck as Treasurer were approved. They will replace outgoing Secretary/Treasurer Bill MacLeod.

It was agreed that Bill MacLeod be removed from the Clam Lake Community Club Inc. checking account. This was approved by all present. President Bud Rubeck is already on the account and it was agreed that the three remaining officers: Vice President Elmer Griffaw, Secretary Lynne Rice and Treasurer Julie Rubeck be put on the account. This was approved by all members present.

Discussion about obtaining a used fire proof file cabinet was discussed to secure the old Community Club records. This will be something to be kept in mind for the future, if and when, one should present itself.

The use of the Club building, free of charge, by the MacLeod family for Bill’s Memorial service on February 10th was approved.