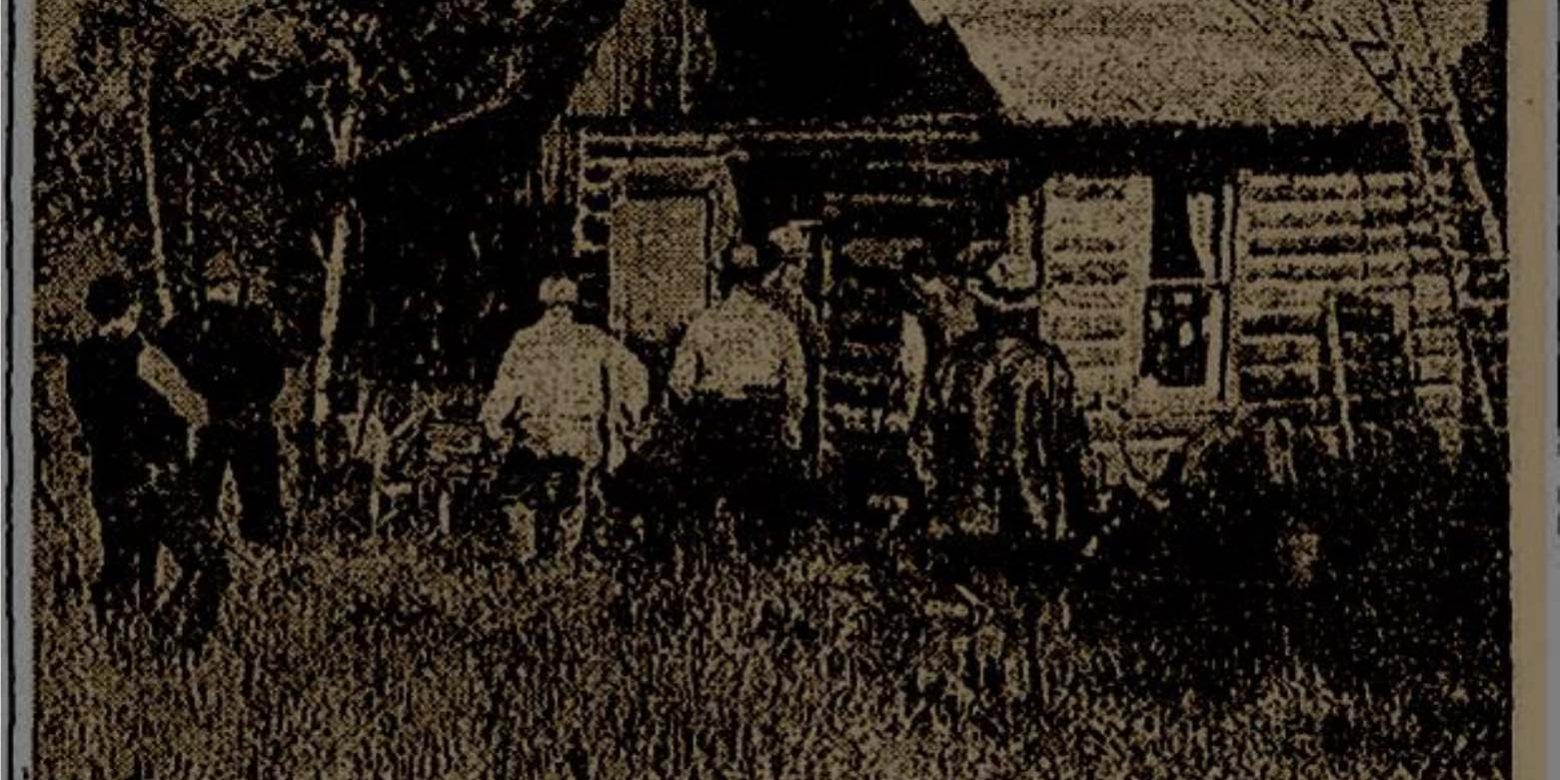 The 1930’s are remembered as a time of gangsters and criminals heading to the Northwoods to “hide out” and wait for the “heat to die down”. Here is a recounting of one of those events that hit close to home for the Clam Lake people of the day.

This was an entry made in the Journal of Alma Stuebe dated June 12th, 1939:

“Virginia (Stuebe) and I to Hayward to get permanents (in their hair). Posse out hunting Olson, who killed two Hayward Deputy Sheriffs. They stopped our car too. They said he was coming this way.” Which he was!

This is taken from the Daily Illinois of June 30th, 1939. The article conjures up images of G-men hunting down a wanted man.

Bullets from veteran woodsman’s hardshooting deer rifles killed Ray Olson today as the slayer of two deputy sheriffs made a last mad attempt to escape from possemen who for two weeks had trailed him through the wilds of northen Wisconsin. As he lay dying, Olson confessed killing the deputies and gasped a denial that he was given aid during his spectacular flight. Today’s shooting was in sharp contrast to the gunfight which precipitated the manhunt. Surrounded in Indian John Blue Sky’s shack two weeks ago, the deadshot Olson barricaded himself and with a single barreled shotgun picked off deputies Carl Johnson and Fred Scott of Hayward when they rushed the door. Reloading furiously, he exchanged shots with others in the party until they had exhausted the ammunition then broke for the woods.

Fell Without Firing – Although Olson carried the pistol he took from Johnson’s body, he fell today without firing a shot. The woodsmen pressed him so closely he could do nothing but run. They dropped him in the water, four bullets in his body, as he frantically tried to launch a boat and flee across Lake Namakagon, 14 miles from Cable.

The Odor of Tobacco Led to the Fugitive’s Undoing – He stole into the farm house of Wheatley Anderson late yesterday, cooked food, changed clothing and smoked several cigarettes. Members of the Anderson family noticed the smell of smoke upon returning from a fishing trip. They notified the authorities and a posse surrounded the farm buildings.

Killed Racing for Boat Shortly After Dawn – Anderson and a deputy went to an outbuilding and called upon Olson to surrender. He dashed from the shack, and as guns blazed, sped 100 yards across a clearing and into a patch of cutover timber. Then he raced for the lake shore and made for the rowboat. Possemen stationed at that part ended his flight with a final blast. Olson, known also as August Buelo, was sentenced to Wisconsin state prison in 1933 for burglary and was discharged three years later. He escaped from a deputy sheriff in 1937 after being sentenced to the workhouse for stealing muskrat pelts in Waukesha County. He came to the north country later that year.

Arrested Two Weeks Ago – Petty thefts from resorts and summer homes were ascribed to him, but his arrest two weeks ago was for the use of stolen automobile plates. He escaped from the arresting officer near Hayward, stole a car and fled into the dense cutover timber around Moose Lake, 25 miles east of Hayward. Johnson and Scott were killed two days later. Thereupon, 200 Sawyer County residents formed a posse to track down the killer. Olson was sighted several times when he came out of the brush in search of food, but escaped into the woods.”

I am sure the Clam Lake people of 1939 slept a bit easier after this adventure had been drawn to a close.

Pictured is a photo taken of his hideout at the time he was captured.