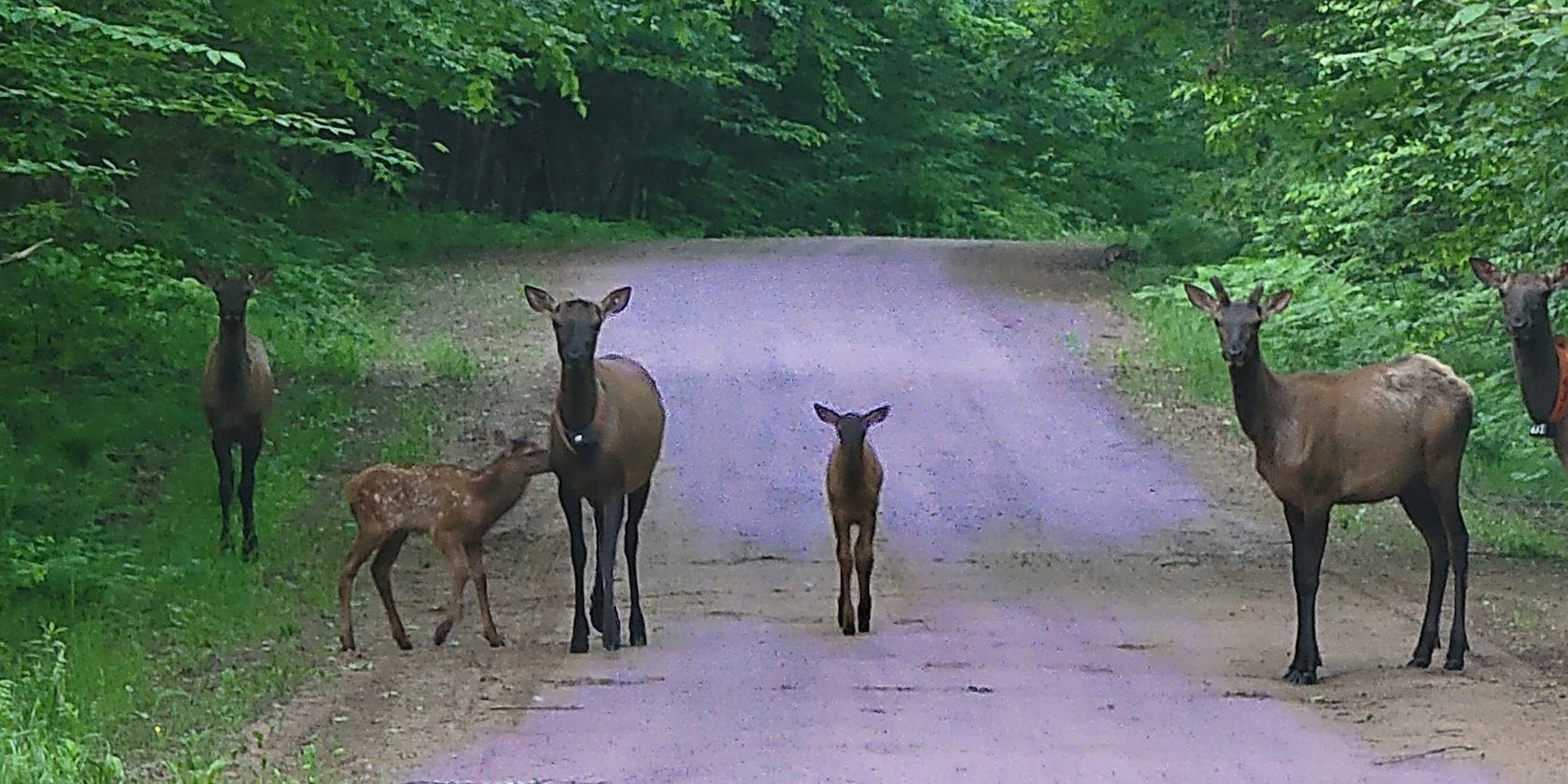 Once again, the weather has been up and down. Some sun, some rain, some warm days, some cool days. Definitely a much wetter summer than last year – which is a good thing when living in the forest.

ST. GEORGE’S CHAPEL: Mass is celebrated every Saturday at 6:00 pm at our historic “Chapel in the Woods”. Built in 1948, it is a simple log structure made from the forest that surrounds it. Come pray with us and take a step back in time to a simpler era.

ELK HUNT UPDATE: According to Outdoor News, the names have been drawn for the three elk tags that will be issued to Wisconsin hunters for the 2022 season. This year’s winners are from Fort Atkinson, Hudson and New Richmond. Those still interested in a chance at Wisconsin’s fall elk hunt still have time to participate in a raffle for the fourth permit through the the RMEF. The winner of their raffle will be announced on August 13th. Of the eight tags made available this year, the remaining four will go to the state’s six Chippewa tribes per their treaty rights within the ceded territory. (As a side not: For each $10 application fee, $7 goes to elk management, habitat restoration and research. Between the $10 fee and additional donations made by hunters the amount totaled more than $9,860 this year.)

ON THAT NOTE – ELK NURSERY GROUPS HAVE FORMED: I spoke with Elk Biologist Josh Spiegel to see how our new crop of elk calves are fairing. Aside from a few cases of bear predation, Josh was happy to confirm that the calving season was found to be in the ball park of the estimated amount for this year. Now that the calves have moved on from the newborn stage, at which time the cows keep their young fairly isolated, the nursery groups have begun to form. These usually consist of a few cows with their new calves along with a few yearlings that aren’t quite ready to “leave the nest” yet. The adult cows take turns “baby sitting” the young calves, giving the other cows an opportunity to forage for food. At this stage of development, the calves are playful youngsters who need to be kept safe by the protection of their ever watchful nurses. During our conversation, the subject of elk twins was brought up. Josh stated that, unlike deer, twins are very rare in the elk population. Mainly, due to the fact, that their bodies are not equipped to birth two since their birth canal opening is too small. If a cow should conceive twins it would probably be a death sentence for her and them. Josh said this had happened once in his experience with the cow having part of one of the twins exiting her body at which time it became stuck causing both twins to die. Thankfully, a vet was brought in to remove them thus saving the mother’s life. If unattended she would have turned septic and died. (As a side note: The number of twins born successfully in the elk world is less than 1%.)

Time to wish all those celebrating birthdays in August a very happy day! They are:

We hope they have a wonderful day!!!!