All Aboard! – Clam Lake’s Railway 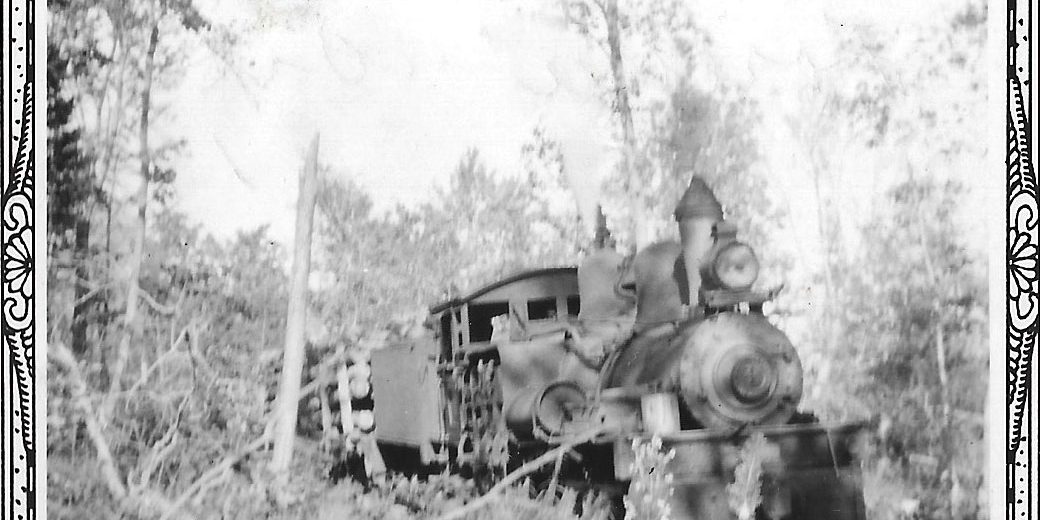 This photo shows the locomotive that once came into Clam Lake. It carries a load of logs to it’s lumber mill destination. Clam Lake had a railway that came in from Grandview that was constructed by the Willow River Lumber Co. in the early teens. This was part of the Superior and Southeastern Rail. In 1920, Park Falls Lumber (owned by the Edward Hines Co.) took over Willow River and extended a rail down what is now GG South to meet up with the existing line. It is on this rail that the early people of Clam Lake traveled. The photo was taken in the 1920’s. Al Van Camp’s Grandfather was operating the locomotive and ran the line from Grandview to Loretta.

The Superior and Southeastern Railroad billed itself as the longest logging rail in Wisconsin, and from 1922 until 1924 it’s main line was about 60 miles in length.

Thanks to Al for sharing this piece of history with us.