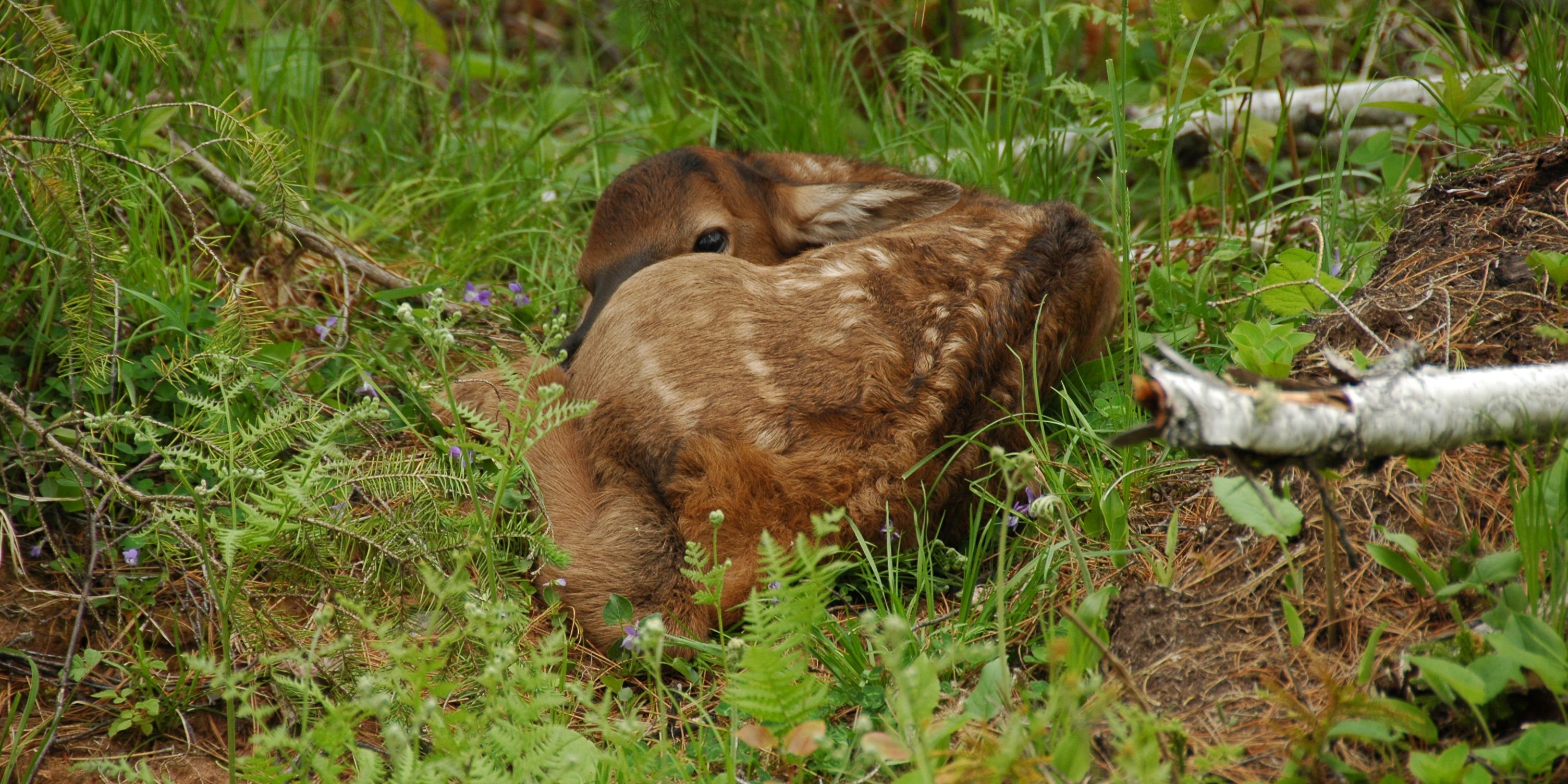 Population Status:   The past two winters have been mild resulting in favorable overwinter conditions for elk and other species of wildlife in northern Wisconsin. In addition, northern Wisconsin experienced an early spring green up in 2015 and it looks like the same will happen in 2016. Right now (pre-calving), the population estimate is approximately 130 elk within the 1,620 square mile Clam Lake Elk Range. We anticipate approximately 35 calves will be born this spring.  The overall population estimate is based on field observations and radio-telemetry and preliminary information coming from the camera-grid system.

Elk Recruitment and Mortality:  It has been our experience that both calf production and survival rates are at the highest during years following mild winters with early springs. Based on spring conditions thus far, there is optimism for a good year of elk recruitment.  Last year, there was some concern that recruitment may have been influenced by a carryover affect from the record-setting very severe winter from 2013-2014. WI DNR elk staff have confirmed a few elk mortalities from vehicles, including an unexpected train collision.  Fortunately, there were no serious human-related injuries associated with these collisions. In addition, there were some (3 known during the 2015-16 winter) elk-related mortalities attributed to wolf predation but generally fewer compared to past years. It is often difficult to know if these elk were already in a weakened condition and were more vulnerable to predation. There were no known elk related mortalities from predation this past winter in the newly expanded elk range (508 square miles) that includes a large block of state, county and industrial forest land that has the most abundant aspen resource in the region. Elk prefer aspen timber stands in the 1-15 year age class; this provides both good forage and escape cover from predators.   The past two mild winters were a definite bonus for elk and this likely improved the ability of elk to evade large predators.  Although wolves and bear do kill elk, the WI DNR and partners are working to improve elk habitat to encourage them to spread out across the Clam Lake elk range. This will help reduce the concentration of elk in areas where they are most susceptible to predation.

Elk Research on the Clam Lake Herd:  A collaborative effort by WI DNR and our partners placed 156 trail cameras on a scientific grid overlaying the elk activity area around Clam Lake. A primary goal of this research is to lay the foundation for an accurate, precise, cost-effective, and sustainable elk monitoring system that will inform elk harvest management in perpetuity. One of the objectives towards that goal is to test a number of camera trap-based population estimators against known numbers of collared elk. The cameras will be visited every 2 – 4 months to switch out the secure digital cards, batteries, and clear vegetation. All photos are reviewed and screened through the formal Snapshot Wisconsin process and elk staff will try to determine individual identification of elk in photos. A variety of camera-based population estimators will be evaluated to estimate the elk population size in the Clam Lake herd.

Elk Habitat Improvements:  Eight different elk forage openings totaling 54 acres in size were developed on the Flambeau River State Forest (FRSF) and on the Sawyer County Forest in 2015.  This required extensive work including rock removal, grubbing, spreading lime and fertilizer and seeding.  The seed mixture included timothy, orchard grass and northern white and alsike clover.  This WI DNR led project would not have been possible without critical funding and support from the Rocky Mountain Elk Foundation (RMEF), WI DNR, U.S. Fish and Wildlife Service, Town of Winter, and Sawyer County Forestry Department.  There was an excellent wildlife response, including elk, to these habitat improvements.

Sustainable forest management (timber cutting) is happening on the Chequamegon-Nicolet National Forest (CNNF), State and County Forest, Industrial Forest and private lands that is expected to positively impact elk and elk habitat long into the future. In addition, many of these different land management agencies are doing specific work to improve elk habitat like mowing of trails and the old U.S. Navy ELF line.  These management actions create good forage for wildlife, including elk.

Partnership Efforts: Last summer, WI DNR partnered with the Great Lakes Indian Fish and Wildlife Commission and the U.S. Forest Service (USFS) to evaluate several potential sites for a quarantine facility to hold and release Kentucky elk in 2017 and 2018.  The purpose behind this is to optimize the opportunity for Kentucky elk to mix with resident elk to supplement herd growth and to better diversify the population genetics of the Clam Lake Elk herd.  Based on the siting criteria, it was agreed that the best site was on the Flambeau River State Forest.  It is understood that this will require future trapping and relocation of some of these new elk to the northern part of the elk range near the community of Clam Lake.

The WI DNR and the USFS entered into a new partnership under the Good Neighbor Authority. This partnership provides a way for the state to assist the USFS to increase the level of accomplishment, most notably timber sales, and locally on the CNNF. By working with the CNNF to more fully implement their approved land management plan, the amount of wood being brought to market should increase – a desired outcome that elk partners and other stakeholders in the forestry community have been voicing for many years. This agreement builds on the good work already being done by the CNNF with their limited resources.  Successful implementation will also achieve other plan objectives such as desired wildlife habitat.  This is expected to benefit elk that regularly use this valuable National Forest.

Several youth-focused educational events were held to share elk information like to 1,200 middle school students for the Log A Load For Kids Foundation program near Hayward.

Future Focus:   During the next year, WI DNR and partners will construct the quarantine facility on the FRSF to hold a total of approximately 75 elk over the two year period of 2017 and 2018.  In addition to constructing the pen facility, dismantling and moving of elk handling equipment from the Black River Falls quarantine facility will take place after the 2016 group of Kentucky elk are released into eastern Jackson County.  In addition, the WI DNR will be working on developing additional wildlife habitat improvement projects where the WI DNR has land management responsibility that will not only benefit elk but other species of wildlife as well.