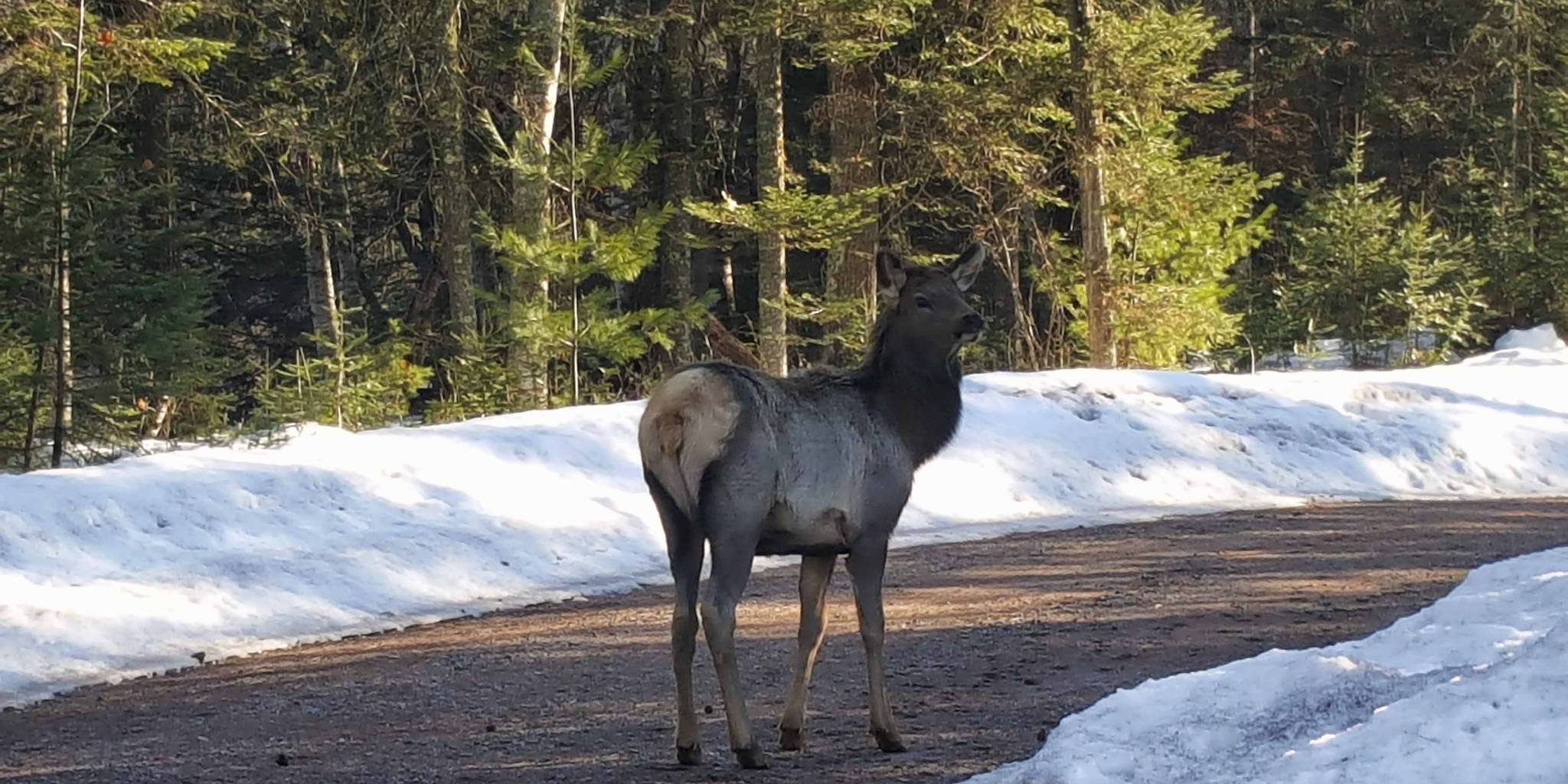 This week the word of the day is: ELK. I have heard reports of people seeing them alongside the roads, in the roads, bedded down near the roads. You get the picture! Time to be careful!They are making their way out to see if tasty morsels can be found on the melted banks. I had eight at my house last week feasting on plants that were surfacing. They then wandered out to the frozen lake and walked in unison till they reached the shore. I had a bit of a giggle watching them since they looked like an old fashioned wind-up toy moving slowly towards the bank.

REMINDER (from President Rick Guthman): The Elk Country ATV Club will be holding their monthly meeting at the Elkhorn, Saturday April 6th at one p.m. Anyone interested in joining should attend.

Get Well wishes go out to Jack Cook. He is home recuperating after a stint in the hospital following a Curling accident. I’m sure he would appreciate hearing from his Clam Lake friends. Here is his address: Jack Cook, N7640 State Road 44, Pardeeville, WI 53954 We hope he feels better soon.

Twice this week I was asked, “Where was Project ELF?” The first person thought possibly one could still see remnants of the communication system which, of course, you cannot. Fifty years ago Project ELF (also known as Project Sanguine and Seafarer) was being built. With this in mind it is fitting, that in the fall, a book will be released featuring a chapter on our controversial project. I will keep you updated…..

As I head into the April Birthday and Anniversary list I would like to extend a couple of special birthday wishes.

Happy Birthday to Jack McGregor, our Clam Lake weatherman, whom will be turning 70 on April 12th!

Deb Straetz will be getting a special present this year for her birthday (her day is April 15th) – a new hip! We wish her a speedy recovery and a great day!

A belated birthday wish to Kim Filter! Her birthday was March 27th.

Onwards to the rest of the list: A Happy Birthday to all!

Anniversary Wishes go out to:

April 11 – Doug and Janice McDougall
April 29 – Ralph and Cheri Cornell
A belated anniversary wish to Bob and Terese Bailey. They celebrated their day on March 27th.

If I have missed anyone, I apologize. I have been working on updating the list, so if you notice errors or want additions, feel free to contact me.

The Community Club will be holding their next meeting/Pot Luck/Bingo on Thursday, April 11th starting at five. Come for the Pot Luck, stay for the fun!

Remember, if you have news to share don’t hesitate to get in touch.

Until next week……enjoy the warmer days!