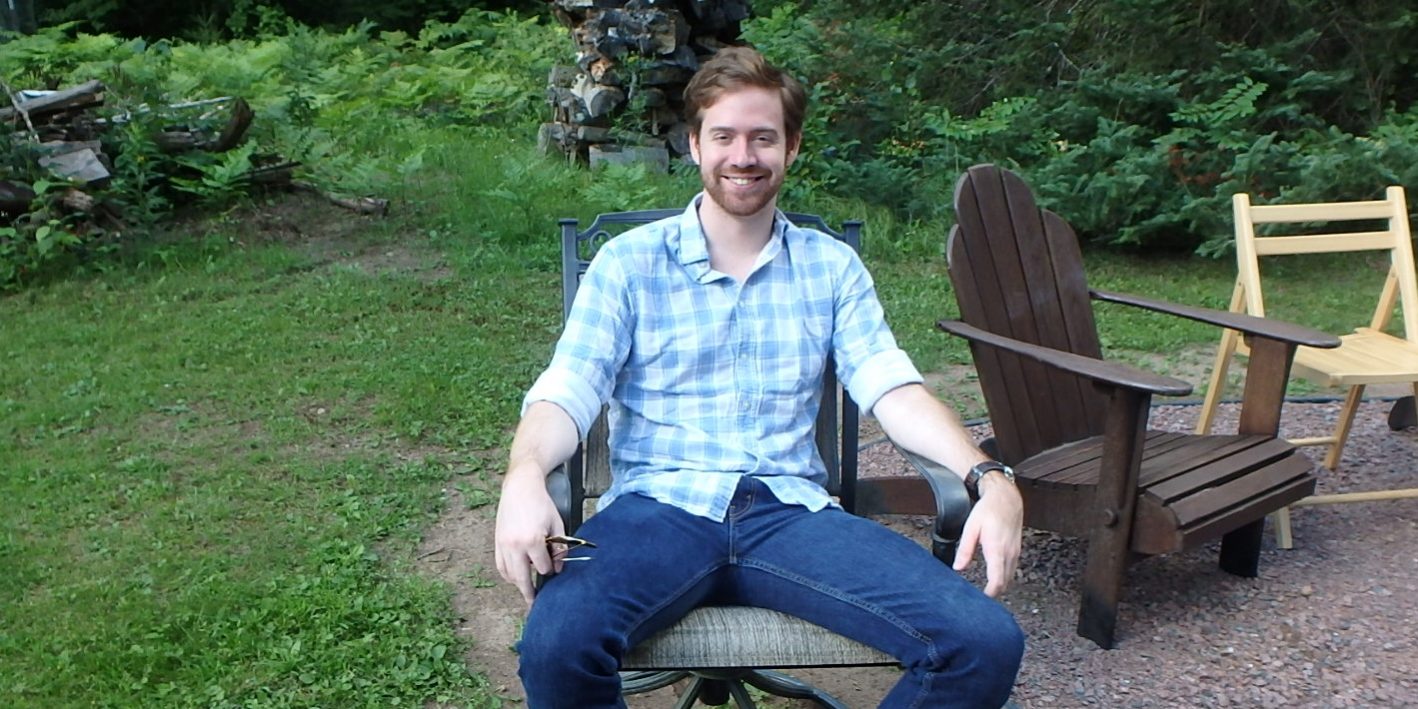 A bit of Autumn seemed to be in the air during the week with cooler temps being the norm. Just to remind us that summer is NOT over fierce thunderstorms let loose over the weekend. By some lucky happenstance we didn’t lose power.

ST. GEORGE’S CHAPEL: A reminder that Mass is celebrated every Saturday evening at 6:00 pm in our historic “Chapel in the Woods”. In accordance with the CDC, Bishop Powers and Governor Evers we are adhering to the wearing of face masks and social distancing to provide a safe and pleasant place to worship. Come pray with us in our log cabin church made from the forest that surrounds it.

HUMMER REPORT: Spoke with Lea Justice on the status of her hummingbirds. Lea is known for her beautiful flower gardens so has an ample supply of hummers to feed. She said she is making a gallon of hummingbird nectar a day to keep up with the demand! Whew! That’s a lot of sugar!!! and I imagine a lot of happy birds. Kudos to her!

TESTING: A reminder that if anyone is wanting or needing to be tested for Covid-19, free testing will be available at the Cable Community Center on Friday August 14th from 11 am to 7 pm. My advice? Get there early…..

HOLLYWOOD MINUTE: At a socially distanced outdoor gathering, I had an opportunity to spend some time with Dan Johnson who hails from West Hollywood in Lost Angeles County, CA. Dan has worked as a screenwriter for NBC on the show AP Bio. The show’s third season premieres in September on the newly formed NBC streaming service Peacock. To learn his trade, Dan studied at Northwestern University in Chicago earning a Film degree and started working in his favorite medium – comedy. Before moving to California he worked for the satirical magazine The Onion in Chicago. He has lived in West Hollywood for the past five years and loves it there. With Covid-19 shutting Hollywood down he decided it was a good time to come north to visit his family on Upper Clam. To ensure the safety of others he took it upon himself before traveling, to go to Dodger Stadium to be tested for the virus. We thank him for that! Dan is the son of Kent Johnson and Judy Sharp, the grandson of Dexter and Peggy Sharp and the great grandson of Ben and Beth Person who first came to Clam Lake as visitors to Camp Fire Island Resort and built a cabin on Upper Clam in the 1920’s. Dan has been coming to Clam Lake since he was a year old.

END OF AN ERA: The Stuebe family began their time here in 1916 way on top of the Halfway Hill where they had a farm. Having been up the “old road” to reach the summit a couple times in my life it presents a daunting picture of traversing it via horse and wagon. Life was not easy, to put it mildly. The first to come north to settle in were brothers Clarence and Walter and Walter’s wife Alma. Clarence soon developed a liking for the “lake” as Clam Lake was referred to then. He became acquainted with Howard Scotford, owner of Camp Fire Island Camp, and was soon working for him helping on the Island and providing guiding services for those early tourists that came to stay. In 1922 they left the Halfway Hill with Clarence moving out to Clam Lake full time and Walter and Alma returning to Milwaukee for a few short years. By the year 1926 they were all well established on Upper Clam Lake with connecting properties of their own. Clarence and Virginia had Murmurwood with Walter and Alma owning Norwood. Their brother Alfred also had a cabin near Clarence’s but kept Milwaukee as his residence. And so the years went with the Stuebe famiy being a vital part of our forest community for over a century. Cher Cofrin was the last remaining member of the Stuebe family to reside here on Upper Clam. She is the granddaughter of Clarence and Virginia Steube. With the sale of the residences Cher has moved on to start a new adventure and we wish her well. We give thanks to the Stuebes for 104 years of being Clam Lakers! “Parting is such sweet sorrow…..”

Until next week…..remember to “Summer Safely”.