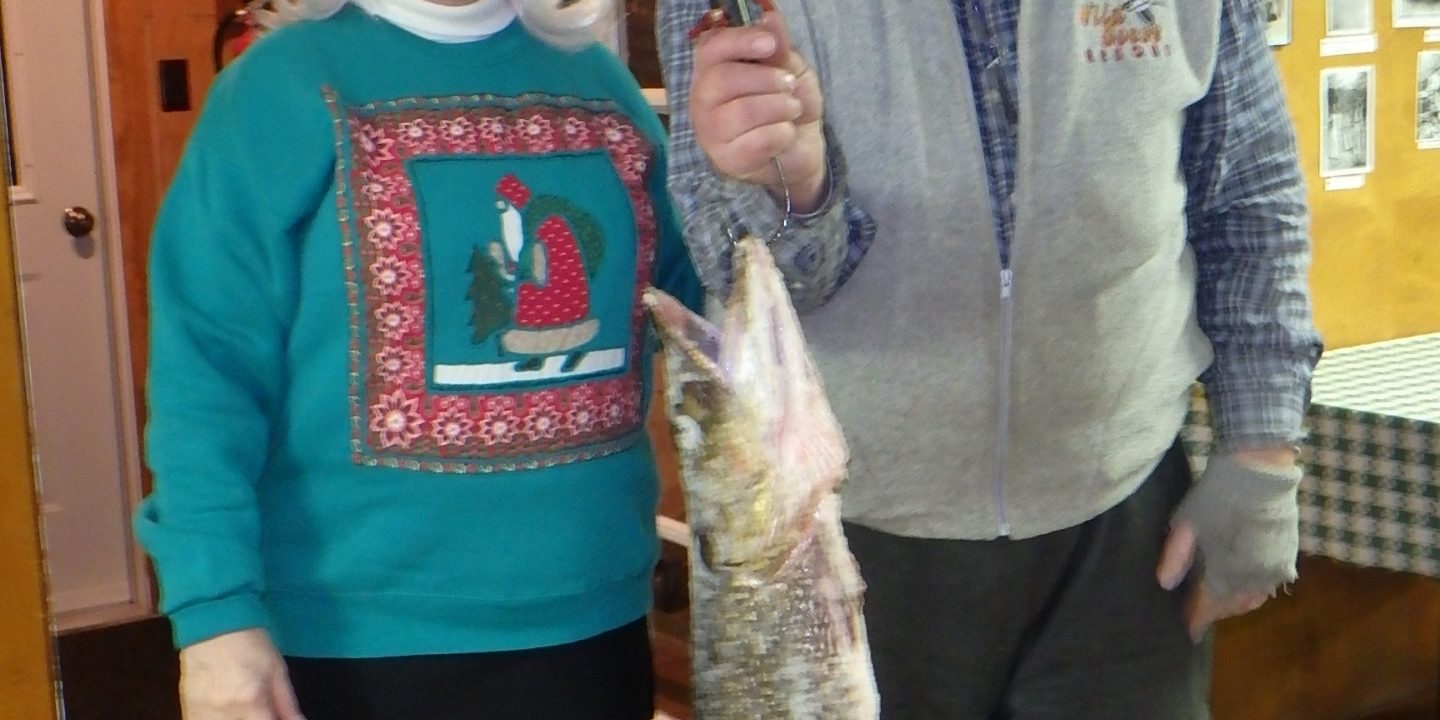 The elves trimmed the tree it was such a nice sight, we were all in anticipation of a really fun night. We enjoyed a few glasses of wine it was so good, we were expecting Santa but, we misunderstood..He was so busy packing, he did what he could, he sent his beloved Mrs. Claus (Lynne Rice) and that was very good. She was dressed to the nine’s with her “silvery ” hair and said she was sorry Santa couldn’t be there.

The door swung open but, Who could it be?

It was no other than Diz with a great a big fishy.. It was a Northern he just caught at an un-named place, the fish was still breathing and the look on it’s face..was priceless said the delighted Mrs. Claus and she took the picture to show Santa Claus..

After Diz placed the fish back in his truck.. We all enjoyed the feast that was prepared with love by all of us. After Ace ate one plate and then two and maybe a third, we enjoyed the cookies, cream puffs and delicious Fairy Food.

After everyone was full, not a morsel on their plate, the opening of gifts was our next fate.. As the colored paper was flying over here and over there.. Everyone seemed delighted with their party fare.

It was a beautiful night as it was lightly snowing and after a few more chats it was time to get going.. It was a fantastic party for the Clam Lake Community.. We hope you all enjoyed it we will keep you posted, as to the date of our next event for the new year and from our homes to yours we all wish you holiday cheer!

Thanks to you all…