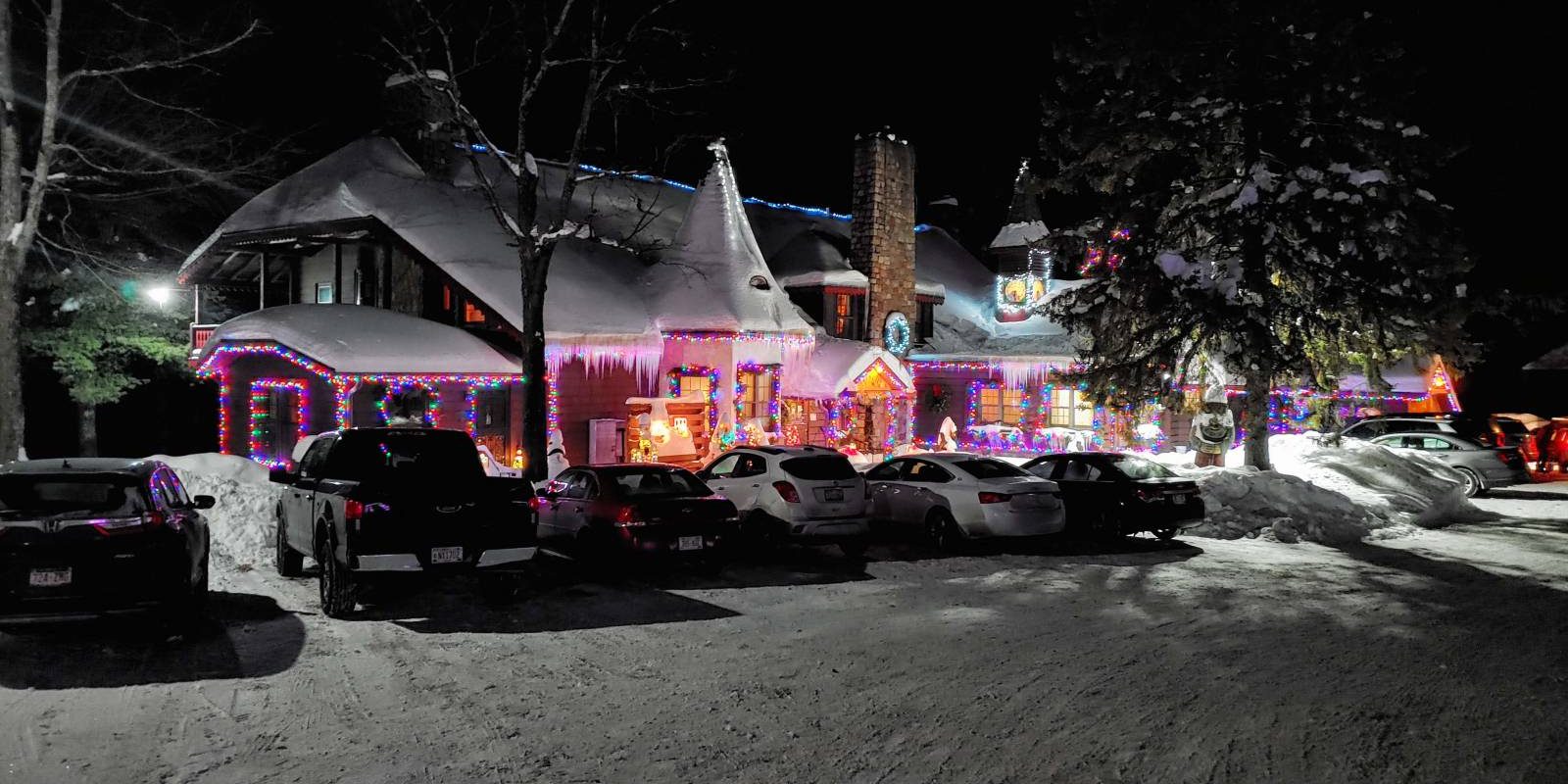 Mother Nature seems to be giving us a bit of a break with no major snow events going on this past week. Temps did drop for a day or so but rebounded – climbing to above freezing for a few days. Nice!

Even though the snowmobile trails are open there is still concern about the swamps not being froze over. Due to that, although there are a few sleds around, the snowmobile season has not revved up to full force yet. It’ll get there…..

ICE FISHING: Once again, the word on ice fishing is DON’T. The ice isn’t safe.

REMINDER: Beth Allison (resident fiddler) and her band, the Celtic Connection, will be playing at the Fiddle Fest in Seeley on January 4th. This event will feature a variety of fiddlers and musicians from the area. So, if you’re looking for some fun and good music, this is the place to be! Look for signs in the businesses for details.

Happy Birthday to one and all! A special birthday wish goes out to Gordon Reinders whom will be turning 92 years young on the 16th. He is our oldest Clam Lake resident with his father George Reinders, also a resident, living to be over 100! Happy, happy Birthday!

The only couple celebrating a wedding anniversary in January are Jerry and Patti Renzelman on the 8th. We wish them a Happy Anniversary on their special day!

CHRISTMAS MEMORIES: I suppose this time of year lends itself to remembering Christmas celebrations during times gone by. The earliest account of Christmas in Clam that I have comes from December 20th of 1916 as Howard Scotford (Clam Lake’s founder and owner of Camp Fire Island Resort) anxiously awaits the train that will take him into his wife and new born child in Glidden. This is most likely a logging rail that he is catching a ride on. Many of these rails crisscrossed the forest. Tracks were laid down, then abandoned or taken up, when not needed. He waits all day for this train – which does not arrive. Finally, on the 22nd it comes out or, he goes to meet it, and is able to get into town to be with his young family. This is the way Howard’s Journal ends and, for me, it was a great ending. When reading all the old Community Club records dating from 1931 onward there are countless parties and celebrations of the holiday season held at the Clubhouse that we still use for that purpose to this day. Over the years, Clam Lake had families and children that came to the Club to see Santa who always made a stop in Clam Lake during the parties. Gifts were on hand for all the local children with them singing carols or putting on Christmas programs for everyone to enjoy. When my children were growing up there were close to 30 young people in Clam Lake and so the Clubhouse was a busy place come the holiday season. Men would gather and string lights downtown on the pine trees that grew where the Park is now while women decorated the Club. Later all would gather at the Clubhouse to have a holiday meal with friends and family. Lots of great memories and good times over the years!

So, with that in mind, I and everyone in Clam Lake, wish you special holiday memories this season. Merry Christmas and Happy New Year to one and all!