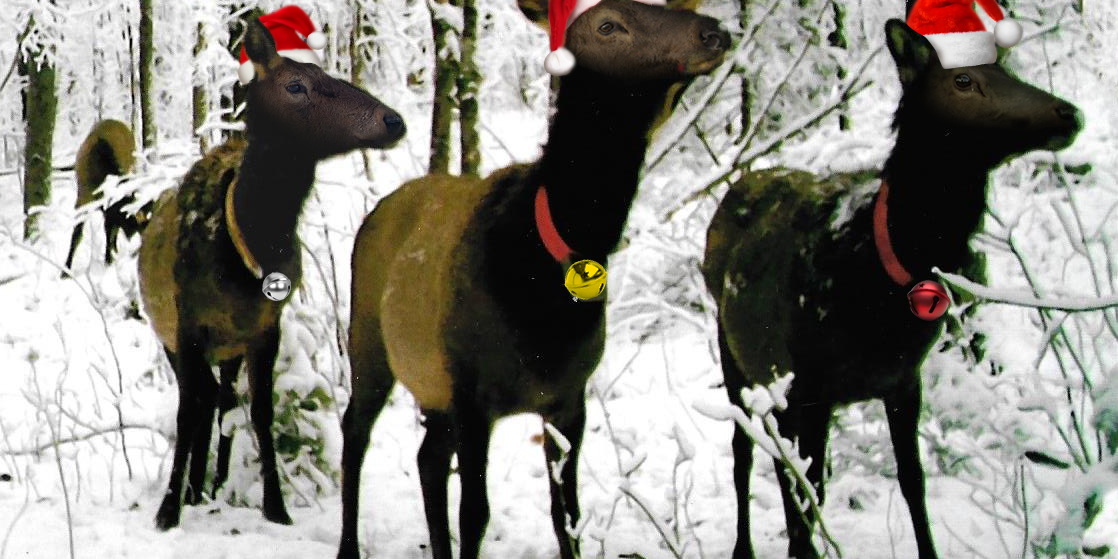 Well, 2020 decided it wasn’t quite done with us, feeling a need to throw in a few snow storms and sub zero temps to wrap things up. It went full throttle right before Christmas with rain one minute, soon to be followed by snow and plummeting temps. Winter is definitely here!

AS OF PRESS TIME I have learned of the passing of Bob Fanella, long time resident of Clam Lake. Our sympathies go out to Georgie and the rest of the Fanella family. More next week….

A THANK YOU goes out to the Reukemas, the Filters and others in the village who have gone out of their way to decorate our “neck of the woods” for the holiday season. Richard and Makala took it upon themselves to put up a nice display of Santa and his reindeer on the corner of 77 and GG south. Makes for a cheerful welcome as you approach the village proper. The Filters have a great selection of inflatable decorations adorning their deck. Looks great! Thank you to all for making Clam Lake a festive place!

DOG JAM – While in the Post Office last week, Bentley, Connie Shloer’s helper at the Post Office, had some visitors as local canines came in to visit and receive a treat. Winnie and Homer were so glad to see Bentley as was he them! Was pretty exciting for a few minutes as they did a jumbled up meet and greet. Happiness was definitely in the air!

HISTORY MOMENT: Taken from the Glidden Enterprise of 1940: “Louis Hanson is preparing for winter recreation at his tavern at Clam Lake. Last year he maintained a rink in Clam Lake adjoining his property and it proved to be popular among lovers of outdoor sports. An ice carnival last March was an outstanding event in this section. He intends to enlarge the facilities there for skiing and toboggan sliding as well as skating as the winter season sets in.” As a side note: Louis Hanson was the last owner of Camp Fire Island Resort who built a tavern down in the hollow next to the Busch property. It is said he used remnants of the Island resort for material. His ice rink was where Dodo Dumanch learned to skate.

FROM OUR HERD TO YOURS: Tom Dezotell happened to catch a few of our Clam Lake elk herd celebrating the season in full holiday mode on his trail cam. The Clam Lake herd would like to wish everyone a happy holiday season and a safe and healthy New Year! We wish them the same!

Time to wish all of those celebrating birthdays in January a very happy day!

The only couple celebrating a wedding anniversary in January are Jerry and Patti Renzelman. They will have their special day on January 8th. Congrats to them!

Pictured are the three of the Clam Lake elk herd spreading some holiday cheer. Photo courtesy of Tom Dezotell.