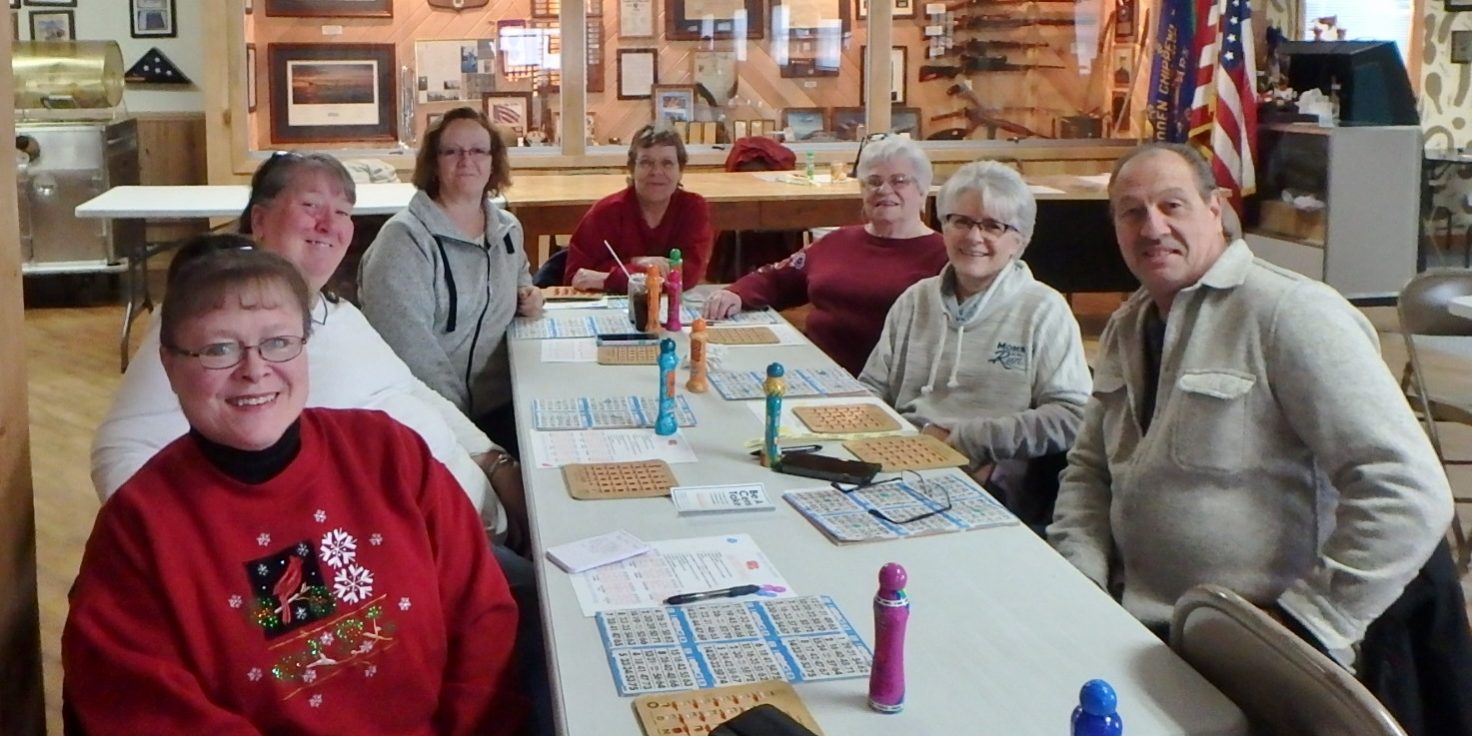 Wasn’t it great to see the sun this week? Seemed like forever. The temps were all over the place with 40 above one day and minus 10 the next. But, at least the sun was out and it wasn’t snowing – or not much! It was nice not having to be plowed every other day for a change.

LOTS of snowmobiles around the village! The local businesses are doing a brisk trade. All good!

REMINDERS: The Clam Lake Community Club will be holding their monthly Meeting/Pot Luck/ Bingo on Thursday February 13th beginning at five. Come for the Pot Luck, stay for the fun! Ace will be calling Bingo so get ready for some spur of the moment silly.

RECAP – SUNDAY – BIG BEEF BINGO OR BUST! Once again “our gang” representing Clam Lake made the trek into Glidden to attend Big Beef Bingo. This has become an annual event that we look forward to each year. Joining us locals were Kathy Dudley, Kim Schiel and Greg and Kelly Martell. Kathy hails from Glenflora WI with Kim, Kelly and Greg coming up from Eau Claire to participate. All together there were seven of us and a lucky seven we were! Pat Dudley started us off by being the first winner in our group. She was followed by Kathy (McCorison) Arias whom quickly hollered out BINGO! – only to learn she was a bit too quick on the draw resulting in a bad Bingo. Thankfully, she was able to redeem herself later by winning a true Bingo. Greg Martell also had a good Bingo as did Kathy Dudley. Kim Schiel ended the afternoon by, once again, being our top winner. She took home the fill your card prize package containing 2 rib eyes, 2 sirloins, 2 fillets and two New York Strips. Congrats to her and all the winners! Another great time was had with smiles all round. Thanks go out to the Glidden VFW for hosting this great event. See you next year!

HISTORY MOMENTS – MAKING ICE: In February of 1915, Howard Scotford, Clam Lake’s founder is making ice. He goes to Camp 22 (a logging camp near Clam Lake) to get some ice tongs to use and proceeds to make ice with his friend and helper Tom. At the end of the day he proclaims that him and Tom are dog tired. Understandably so! Ice making was hard work. In Clam Lake most of the ice was made on Little Clam Lake because, at that time, the water was clearer on that lake – not coffee colored like the other lakes. This was usually done in the months of January and February when it was the coldest. In later years local men, usually led by Harry Snyder, would go out with big saws (later an ice cutting machine that Harry invented) to cut up the “cakes”using tongs to pull them out and load them for transport. In the early days they were hauled by horse drawn sleighs, then later by truck.The cakes would be stored in windowless ice houses packed with sawdust. This provided ice for everyone during the summer months – at a cost. Blocks were sold to summer residents with many of the locals storing their own. Where was it stored? It was told to me that the building between the Chippewa Tavern and the former Clam Lake Store was the village ice house back in the day. Amazingly, a few ice houses left over from the long ago logging era can still be found in the Clam Lake area.

As a side note: Distasteful as it may sound to our modern taste buds – “homemade” ice from the lakes was added to beverages to cool them as ice cubes are used today. Ahhhh…the good ole’ days.