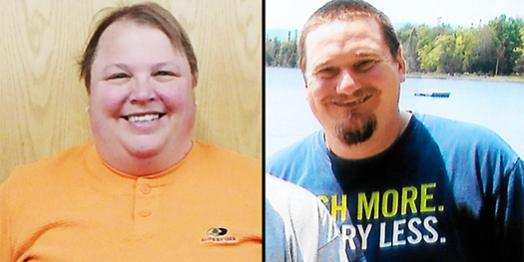 Hmmm…..by the time February rolls around winter feels like it is getting a bit long in the tooth. Cabin fever and thoughts of sunny warm days start to invade our thoughts.And if as on cue they arrived. When February would hit my mother would always say….”oh well, it’s a short month”. And with that said, it’s time to think of March and the March Birthdays.

Time to wish all those born in March a very Happy Birthday!! Here they are:

Those celebrating wedding anniversaries in March are:

We hope they enjoy their special day!

EVENTS: The Clam Lake Forest Riders will be holding their last meat raffle of the season at Ransom’s Place on Saturday, March 7th running from 3 to 5 All meats come from the Sixth Street Market in Ashland. Come and support this great organization and win some delicious meat in the process – AND have fun!!! Hope to see you there!

ELK UPDATE: According to Kevin Wallenfang, chief Wisconsin elk manager, most elk don’t wear numbered collars anymore. 112 animals still wear the GPS collars, but that number keeps shrinking as the herd grows. For now, about 60% of the cows and 30% of the bulls wear collars. The collars transmit the elk’s GPS coordinates daily so biologists can monitor their travels and preferred hangouts. The collars, also help researchers build profiles on individual animals, providing insights into their health, productivity and habitat preferences.

A BIT OF HUMOR – A CITY GIRL MOVES NORTH: Fifty years ago at age 15, I was a northwoods “greenhorn” freshly moved from suburban life in Chippewa Falls. Although my family had been coming up to Clam Lake since the 1920’s, we were “summer people” with a cottage near Buffalo Lake. My perspective of life here as a child was from a tourist’s angle. I hung out at the Buffalo Lake resort which was right next door and fished and swam every weekend on our treks north. Life was much different on the other side of the fence when my parents decided to buy the local Texaco Station and move north permanently. When I went to school, I heard boys talking about “working in the woods”. I thought….what?…are there little shops or businesses out in the woods somewhere? Then I heard of “peeling popple”. Again, I thought…. what is a popple and how does one peel it? I once was asked out on a date to go snowmobiling although I didn’t have much of an idea what a snowmobile was. That sport was relatively new then, especially to a greenhorn. So, I dressed in my nice slacks, dress boots, fixed my hair and considered myself ready to go. Not. Needless to say we didn’t snowmobile long..And, of course, my family were now serving the tourists and summer people we once were, putting in long hours pumping gas and making ice cream cones. Would I trade it? Not for the world! Now, I am an official “old timer” with the woods being home. And yes!…..I do know what working in the woods means now, yet still am on the hunt for the elusive “popple”. When I find one, I will definitely peel it. (Just kidding!…..maybe)

Until next week…..think spring and keep ‘er movin’…..