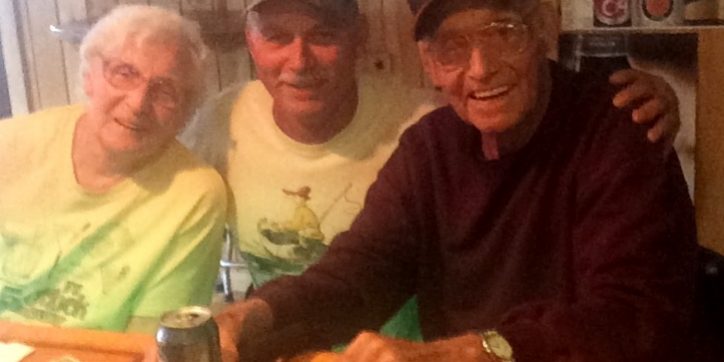 The words of the day this week are: above freezing and – endless, repetitive, hit repeat, over and over, “let’s do it again” SNOW. Be careful!…. it’s getting’ deep out there folks – we don’t want to lose anyone.

ELK UPDATE – CLAM LAKE SETS EXAMPLE: There has been a loss of a young bull elk from the Rusk County herd due to him eating shelled corn that he could not digest. The elk had wandered onto private property and eaten food put out by a landowner for wildlife. The sudden change in diet from natural foliage to carbohydrates, like corn, overwhelms the “good” microflora and produces large amounts of lactic acid which can result in death. Kevin Wallenfang, deer and elk ecologist, praised the residents of Clam Lake who have learned how to live with a growing elk herd. He said, “They still feed other wildlife, but know it can be detrimental to elk so stop feeding until the elk move on.” Hopefully, our Rusk County neighbors learn by our example. Good job Clam Lake!

THOUGHTS AND PRAYERS go out to Rob Dezotell as his mother, Debi Glaeser – former Clam Laker, has surgery this week in Marshfield. We wish her a speedy recovery!

Onto the February Birthday List. We wish everyone on the list a Happy Birthday! A special birthday wish goes out to our February sweethearts, Carl and Iona Guthman, who will be turning 95 and 94 respectively this month. In November, they celebrated their 73rd wedding anniversary! Wow! They are seasonal Clam Lakers and the parents of Rick Guthman. Happy Happy Birthday!

We only have one couple celebrating their wedding anniversary in February. They are Jacci (Eder) and Tony Fiecke. We wish them all happiness on their special day!

COMMUNITY CLUB ANNUAL LETTER: It’s that time of year again! The Clam Lake Community Club has sent out their annual letter to all members. The Community Club was incorporated in 1937 so we are entering our 83rd year of operation. The Club is Clam Lake’s only civic organization and does many things to promote and further the village of Clam Lake. Each year, being a corporation, we send out an annual letter to all members detailing what the Club has done over the previous year. This is also the time when dues are asked to be paid. The Club’s first appearance was as the Clam Lake Community Association in the early 1930’s. I have an old CLCA membership card dating from the early 30’s with membership at $1.00 which can be paid in two installments of 50 cents each. It details the Club’s function, which was: “To promote the welfare of Clam Lake and vicinity, We work in every way to increase and improve the recreational advantages of this district.” It also was established for social and conservation purposes. We continue on with our work to further our community and provide a place for Forestry and DNR meetings, speakers, social gatherings and community events. As Secretary of the current CLCC Inc. myself and my fellow officers – Bud Rubeck, Ace Griffaw and Julie Rubeck – wish to thank everyone for their continued support of this organization. Today’s membership sits at $10 for one person or $25 for a family membership. If you wish to join, all dues can be mailed to::Clam Lake Community Club Inc., Box 6, Clam Lake, WI 54517 Once again – thanks for your support! It’s been a great 8 decades of serving our community!

If you wish to keep abreast of what the Community Club is doing you may go to www.clamlakewi.com hit News and Events and there will be the monthly Community Club minutes.

Pictured are our February sweethearts Carl and Iona Guthman with their son Rick.