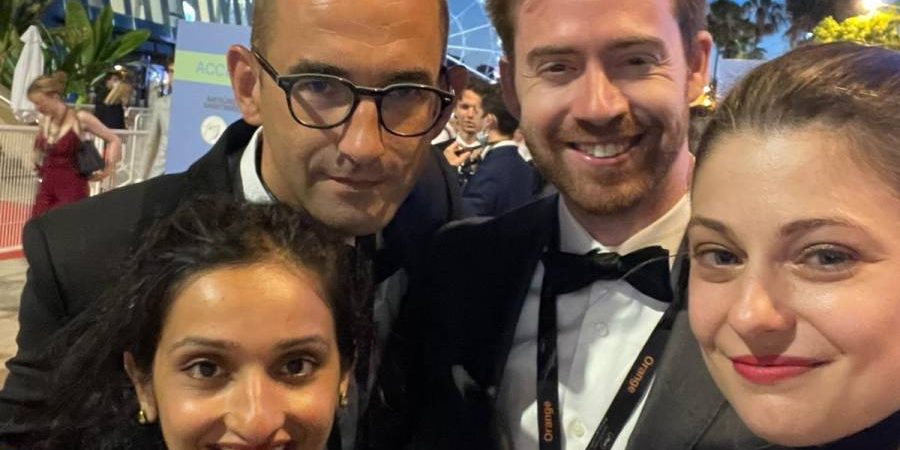 After another dry week we got hit with a storm Friday night that brought us a few inches of much needed rain and knocked the power out for many of us. Most people were out 6 hours while others only had the power flicker a few times. Saturday morning it went out again for a bit here and there. Thankfully, we haven’t had much for power outages this summer. Guess Mother Nature decided it was time.

HOLLYWOOD MINUTE: Once again, I had a chance to catch up with Dan Johnson, a screen writer, who had just arrived in Clam Lake after three weeks in France attending the Cannes Film Festival. Dan decided, upon the advice of a friend, to put in his application to be part of a writer’s program workshop in Cannes. After a several month process of moving up the tier he learned he was one of the chosen and off he headed to Cannes to participate in the 74th annual Festival de Cannes which recognizes artistic achievement in film. While there, along with intense workshop sessions of pitching film ideas, he was permitted to attend the Festival and walk the red carpet – a black tie event. He said he attended roughly a dozen films and saw people such as Bill Murray, Tilda Swinton, Timothy Chalamet, Sean Penn and famed director Spike Lee whom he had a chance to chat with. We wish him well as he submits his final pitch for his movie entitled “His Majesty’s Nazi” in October. Dan is the son of Kent Johnson and Judy Sharp, the grandson of Dexter and Peggy Sharp and the great grandson of Ben and Elizabeth Person whom began coming to Clam Lake in the 1920’s. The family returns to their Clam Lake cabin every summer. Dan is based out of Culver City, California.

AMBULANCE UPDATE: After months of work and negotiations on the part of many people, the townships of Gordon and Shanagolden will once again have ambulance transport via the Glidden ambulance service. Up to this point, the Glidden service could only come out with their First Responders and EMTs. A transport ambulance from Park Falls would then have to be called, if deemed necessary. As of July 20th, transport can be done by the Glidden ambulance directly. A variety of other services along with Park Falls have signed on for mutual aide. These include: Great Divide, Sawyer County, Mellen, Marengo and Ashland. Mutual aide services will respond or intercept when called if they are available. Thanks to all the people that worked on this to provide much needed medical service for our rural area. Thank you! Thank you!

ST. GEORGE’S CHAPEL: Mass is celebrated every Saturday evening at 6:00 pm at our historic “Chapel in the Pines”. Come pray with us and take a step back in time to a simpler era in our log cabin chapel made from the forest that surrounds it,. The old church bell will ring out across the lakes to announce Mass before the start of service. Hope to see you there!

Time to wish all of those celebrating birthdays in August a very happy day!

Those celebrating wedding anniversaries in August are:

Pictured (center) is Dan Johnson at a black tie event in Cannes.