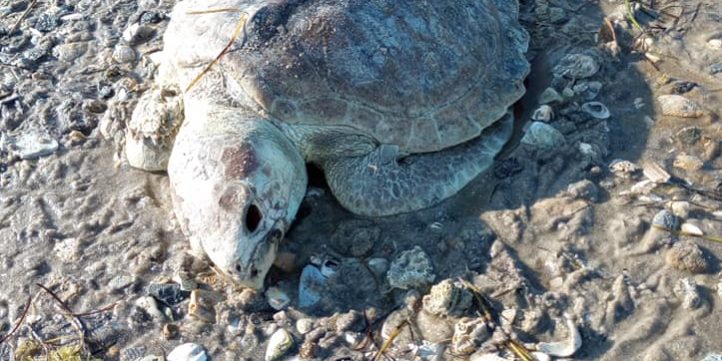 Our weather this past week, after a warm sticky Memorial Day Monday cooled down considerably with high winds blowing most of the week. A few homes saw yet more trees and limbs come down. One large pine struck the former home of Joe and Luella Renzelmann down by the river. Time for Mother Nature to settle down….

ON THAT NOTE – END OF AN ERA: Last Tuesday, due to high winds, the dead tree on Camp Fire Island on Upper Clam, that the Camp Fire Island eagles had called home for many generations finally succumbed to to Mother Nature’s calling. The high winds broke the tree below the nest causing it to plummet into the lake. This tree was one of the last of the old growth white pines remaining in the area. Due to it being an island, it was never logged when the big logging operations of the past centuries went through. Something similar happened to the eagle nest on Buffalo Lake’s island several years back when their tree was struck by lightening. Tom Biasi reported that those particular eagles did try to rebuild their nest only to have their tree hit by lightening a second time. After that they gave up, although they do stop and sit in a tree on that island from time to time. It remains to be seen whether the Camp Fire Island eagles will return. (As a side note: The island eagles did hatch an eaglet this spring but it did not survive our harsh spring. In hindsight, it was probably a blessing as it would have drowned when the tree went down.)

MEETING REMINDER: The Clam Lake Community Club will be holding their monthly meeting on Thursday, June 9th beginning at 5:00 pm. The short meeting, which will feature discussion of the upcoming 4th of July celebration, will be followed by a Pot Luck and some Clam Lake Style Bingo led by Master Bingo Caller Ace Griffaw. Hope to see you there!

ST. GEORGE’S CHAPEL: Mass is celebrated every Saturday at 6:00 pm at our historic log cabin “Chapel in the Woods” made from the forest that surrounds it. Listen for the peel of the old church bell as it calls out to announce the start of worship. Our slogan? “No Vacation from God’s Service!”

WFWA MEMBERSHIP MEETING: The West Fork Waterway Association will be holding their annual membership meeting at the Clam Lake Community Club on Saturday June 18th beginning at 10:00 am. As the Association celebrates it’s 10 year anniversary it looks to members for more active participation within the organization. Three of the present board members have been directors since the Association’s inception in 2012 and we thank them for their service to the waterway, the Dam and the Town of Gordon. A possible topic of discussion could be the sun-setting of the WFWA. If you care about the dam and the waterway, this is the meeting to attend.

SAVE THE DATE REMINDER: Ashland County will be holding their 27th annual Cleansweeps Program on Wednesday, June 22nd at the Northwood Technical College in the south parking lot at 2100 Beaser Ave from 2:00 to 6:00 pm. Toxic and hazardous products will be accepted as will medications and prescription drugs. They will trade you “Drugs for Donuts”. Sounds like a good deal to me!
GOOD SAMARITAN: While on vacation in Avon North Carolina, as Bonnie Booth was taking her dog for a walk on the beach, she happened upon a turtle that was trying, with little success, to move inland. Knowing the turtle was in distress she called the turtle hotline. The people there asked her to send a photo of the turtle. They quickly called back to say this was a critically endangered species of turtle known as the Kemp’s Ridley sea turtle. Immediately a DNR team was dispatched to take the turtle to a turtle rehab facility. Although the mother turtle did not survive she was able to lay 78 eggs. Right now there are only 3 nests on Hatteras Island that are guarded every minute to ensure hatching. Owing to Bonnie’s actions, since the eggs take 50-60 days to hatch, this batch of rare sea turtles will make their way into the world around July 4th ensuring hope for future tenerations. Good job! (As a side note: Bonnie is also the one that came to cow #150’s aid a month or so ago.)

Pictured is the rare Kemp’s Ridley sea turtle as it appeared on the beach to Bonnie Booth of Clam Lake.