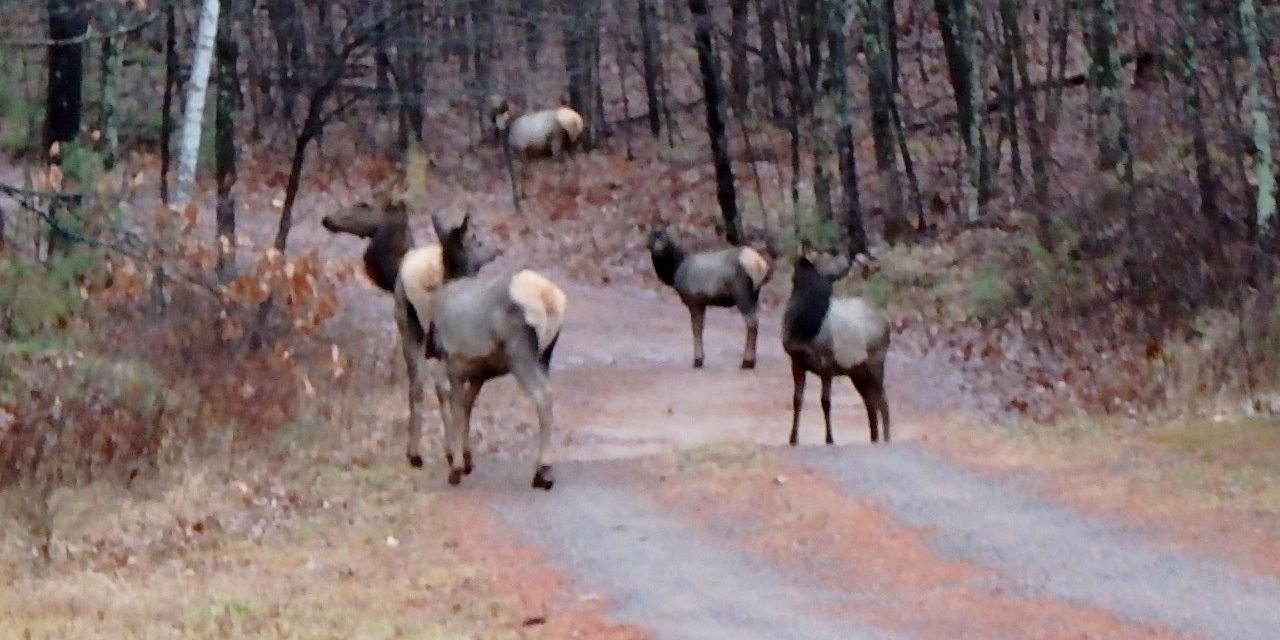 The melt is on! Spring is officially here on the calendar and is working hard to shrink winter’s grip on the northland. The road bans are on, snowmobilers are sighing and saying, “the party’s over…..” and onwards we go! In Clam Lake this means a quiet time will begin to unfold as we await and ready ourselves for the return of the summer residents and tourists.

I’ve encountered a few deer when driving around. Is the time of year when they will be on the move. Always sad to see them dead on the side of the road after surviving the harsh winter.

Pat Dudley mentioned to me that she, Kathy Arias and Bev Vadnais attended the Corned Beef and Cabbage dinner held at Lakewoods on St. Patty’s Day. This event is put on by the Lions Club with all proceeds going to the Drummond High School Scholarship Fund. She said it was the best corned beef and cabbage she’d ever had, complete with many homemade desserts. Sounds like a great time! Clam Lake, being comprised of three counties and four townships, has had students in the Glidden, Drummond and Hayward districts over the years.

I would like to wish a Happy Birthday to Matt Francois whom will be celebrating his 40th on March 29th!

Ransom’s will be holding with the tradition set by Deb and Roger by closing from 4-1-19 till 4-30-19. Time to take a break after the hectic winter season. We will miss them!

According to the Associated Press Madison WI – on “Wednesday, March 20th, a legislative committee decided to allow Wisconsin wildlife officials to lift restrictions on the state’s elk hunt. DNR officials want to drop population and permit restrictions so they’ll have more freedom to manage the herd.” What this means for our Clam Lake elk remains to be seen. It is estimated there will be 236 animals after the spring calving season.

I had a chance to check in with Dodo Dumanch this week. Always great to visit with her! She resides at Oak Hills Retirement in Eau Claire and is hopeful to come up north this summer for a visit. She still keeps her Post Office box in Clam Lake – Box Number One. She definitely has had many interesting experiences livng in Clam Lake over the years. I remember one memorable story that she told me. One summer, for whatever reason, the men of the businesses in town were all absent at the same time. Dodo was in the Post Office, her mother, Ann Rast, was in the Standard Station. Foy Taylor was holding down the fort at The Chippewa Tavern, Viola Wahlenfeldt was running the Texaco Station and whomever was in the Clam Lake Store at the time was a woman whose husband was out for the day. (The Elkhorn Tavern didn’t factor in as it was still out at Buffalo Lake.) A man came to town and went from business to business finally ending up at the Post Office. He came in with a shocked expression asking, “Is this a town run by women?” A different era…

NOTICE: The Elk Country ATV Club will be holding their monthly meeting at one o’clock on April 6th at the Elkhorn in Clam Lake. Anyone interested in joining the club should attend. Thanks! – Rick Guthman – President…

Remember! – if you have news don’t hesitate to get in touch.

Until next week……Enjoy the melt and keep an eye out for those deer!

Pictured are my “neighbors”.