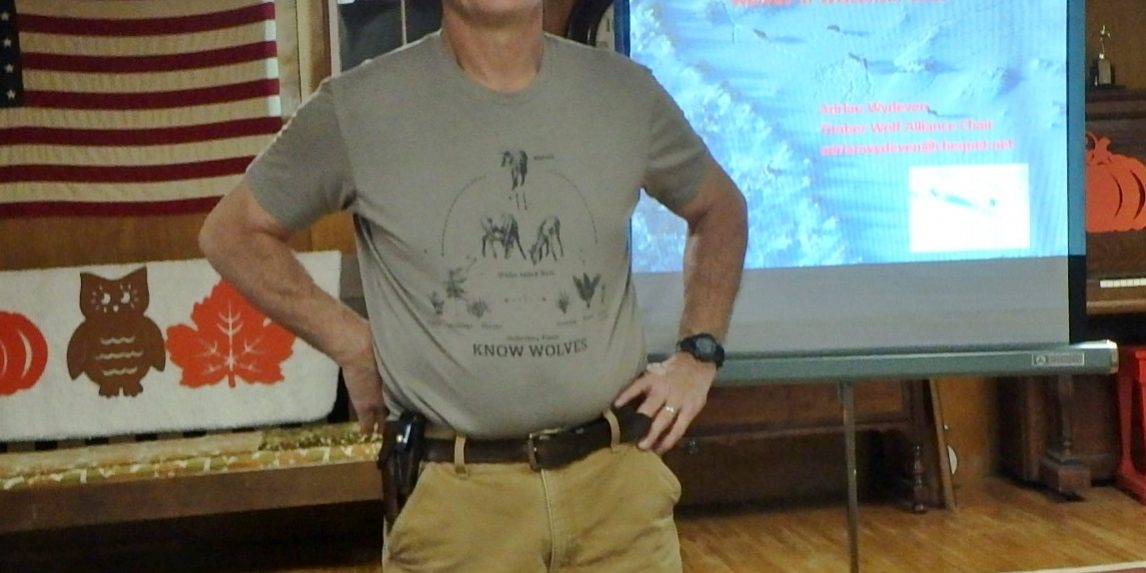 The weather started off very cold with Monday night bringing us our first blast of below zero for the year. That’s all right – it can stop now. And it did! As the week progressed the temps came up so by the weekend we were sitting in the high-30’s. Nice! We’ll definitely take it!

The village is slowing down a bit. This slower time is our “lull before the storm” regarding the upcoming deer season. Then it will be “all hands on deck” for the businesses. This year the season will run from November 23rd through December 1st. We wish everyone a safe and successful hunt!

WREATH MAKING: On Wednesday November 13th a group of ladies from Clam Lake got together at Kathie Erickson and Dan Allen’s home to make wreaths to be placed on the graves of our veterans at the Clam Lake Cemetery. This is on the order of “Wreaths Across America” and is a project spearheaded by Kathie Erickson. We wish to thank Tim and Tammy McFadden for donating the boughs to make the wreaths, the Gerows for letting us use their crimper and to Kathie and Dan who came up with the idea and have organized it for the past two years. This year 56 wreaths were made. The local ladies participating were: Kathie Erickson, Bev Vadnais, Alice Filter, Kathy Arias, Pat Dudley, Sue Johnson, Lynne Rice, Julie Tolliver and Karen Schauer. For many, it was the first time they had seen how wreaths were made so it became a fun day of learning and jovial conversation for a good cause. Thanks to every one that helped on this wonderful project.

WREATH PLACEMENT: The ceremonial placing of the wreaths will take place Saturday, November 23rd at 10 am at the Clam Lake Cemetery. Everyone is welcome to attend and pay their respects to those that served.

WELCOME: We extend a hearty Clam Lake welcome to our newest residents – Greg and Karen Schauer. They are originally from West Bend and decided, after vacationing in our area for years, to make Clam Lake their home. They have moved into the former home of Doug and Janice McDougall and say they absolutely love it and our forest community and we are glad to have them!! The ladies of Clam were happy to have Karen join us during our wreath making project. She had never made a wreath and before she knew it she was churning them out! Good job!

WOLF UPDATE: On Thursday November 14th, Adrian Wydeven retired wolf biologist, attended our monthly meeting at the Clam Lake Community Club to share his knowledge about the wolves in Wisconsin. Some of the highlights of his presentation are as follows: At present there are between 914 and 978 animals in the entire state. This may sound like a lot but the original count for Wisconsin was between 3 to 5,000 animals. Due to this high volume bounty hunters were hired to kill wolves until 1957. By 1960 they were considered extinct with them listed on the endangered species list in 1974. Contrary to popular belief, the wolves were not reintroduced. By 1976 they were making their way back into Wisconsin from neighboring areas on their own. In 1979 the DNR began monitoring the wolf population and continue to do so today. A typical wolf pack will consist of four animals although packs that hunt large game, such as elk, will get as high as eight animals. Wolves are very territorial protecting a 50 mile radius. Their territorial system is what allows them to control their own population. Wolves venturing into another pack’s territory will be killed. A wolf is capable of taking 15 to 20 adult deer a year although many packs hunt small game such as rabbits, bobcats and beaver. The smaller the pack, the smaller the game. The biggest recorded wolf in the DNR study weighed in at 108 lbs. When wolves hunt large game, such as elk, they tend to take the old or injured which are easier prey. Wolves will also migrate from area to area. Collared Wisconsin animals have been found as far away as Indiana.

We extend our thanks to Adrian for sharing his knowledge of one of Wisconsin’s large predators with us. Adrian recounted walking once with his dog and encountering a wolf den with pups in it. Suddenly an adult wolf was present and began barking indicating it was distressed and giving warning. Adrian realized he was between the wolf and it’s pups – a dangerous place to be. Even though the wolf was upset it allowed Adrian and his dog to leave – which they did quickly! – and did not attack. Always remember they are more afraid of us than we are of them. Adrian’s advice? If you see one – take pictures, make the DNR aware of a sighting – which helps with monitoring and tracking – and if you feel threatened do your best to scare the animal away.