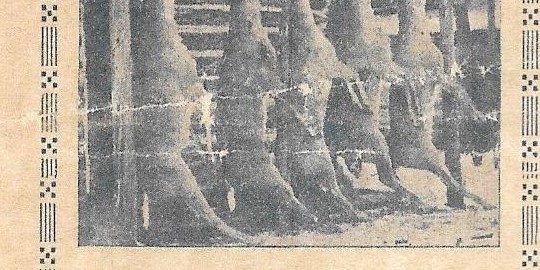 Although we did have one day of temps in the 50’s most of our week was on the normal side with temps near or below freezing. Quite a bit of snow melted with some of the lakes opening and closing again. There is still some snow cover on the ground which will make the deer hunters happy. Speaking of….I want to wish them all a safe and successful season.

NOTICE: An informational meeting will be held Monday, November 30th at 2:00 pm at the Clam Lake Community Club. This will pertain to the ambulance service in the townships of Gordon and Shanagolden. Both Doug Thorp of the Town of Gordon and Chip Forsberg of the Town of Shanagolden will be present to answer questions. Due to the pandemic, attendees are asked to wear masks and practice social distancing. The meeting will also be available via Zoom with Meeting ID: 8250 999 8084

WINTER BAT: One afternoon last week I heard some rustling in my boiler room. Not sure what it was I hollered out a “greeting”. Silence. Later, as I sat eating dinner, I thought I saw the flash of wings go by. Outside it was 25 degrees with blowing snow. I thought….a bat? Now? 2020 just laughed and said, “Why not?” I ran to get my trusty tennis racket which, of course, he avoided. A while later I heard him thrashing his way through various areas of the house until he found a spot he could tightly wedge himself into. Going in that direction I saw him. I banged around a bit with the tennis racket – unable to really do much damage. He did let me know he was “not amused” as he let loose a string of bat curses in the form of clicks, hisses and snarls. I thought, ”Listen here buddy I’m the larger creature here and this is MY house!” To this, he just flashed his teeth at me and played his ace in the hole – “Remember, I can carry rabies….” Ok, ok….you win. We spent a quiet evening together as he slept and I read. Next morning I thought, from his apparent stillness, he may have gone to that big bat never never land, so poked him a bit with a broom handle. This produced another round of curses. If nothing else, my bat had attitude! I have been told he will try to find a cool spot to “winter” – I’m suggesting outside. I’ve also been told the warmth of my house may send him to his eternal reward a bit early. Time will tell, I guess….for now, we co-exist. (As a side note: My bat was able to be put outside on a warm day. He immediately flew away. It just wasn’t working out between us.)

ELK WANDERINGS: The Outdoor News has reported that a Black River Falls bull elk is on “a long southeast walkabout in which he probably passed through 10 or more counties in a straight line of at least 160 miles.” He was caught on trail cams and identified due to his ear tag. He was born in 2018 to a cow brought from Kentucky. Being a young bull, it is thought he was pushed away from the herd because he couldn’t compete with the more dominant older bulls. A roaming bull elk like this is looking for a cow. The bull will probably continue to wander for at least a few more weeks. The last confirmed sighting was near Lomira on October 23rd. It is possible that he will eventually find his way back to the Black River Falls herd or possibly head up north to ours. We and our Clam Lake elk wish him safe travels!

REMINDER: Free Covid-19 testing is held every Wednesday at the Winter Fire Hall from nine to one for anyone wishing to have a test.

It’s time to wish a Happy Birthday to all those celebrating birthdays in December. We hope they have a wonderful day! They are:

Our wedding anniversary couples in December are:

We wish then both a very Happy Anniversary!

Until next week…..Happy Thanksgiving to all!

Pictured are the rewards of a successful hunting season at Camp Fire Island Resort in the 1920’s.