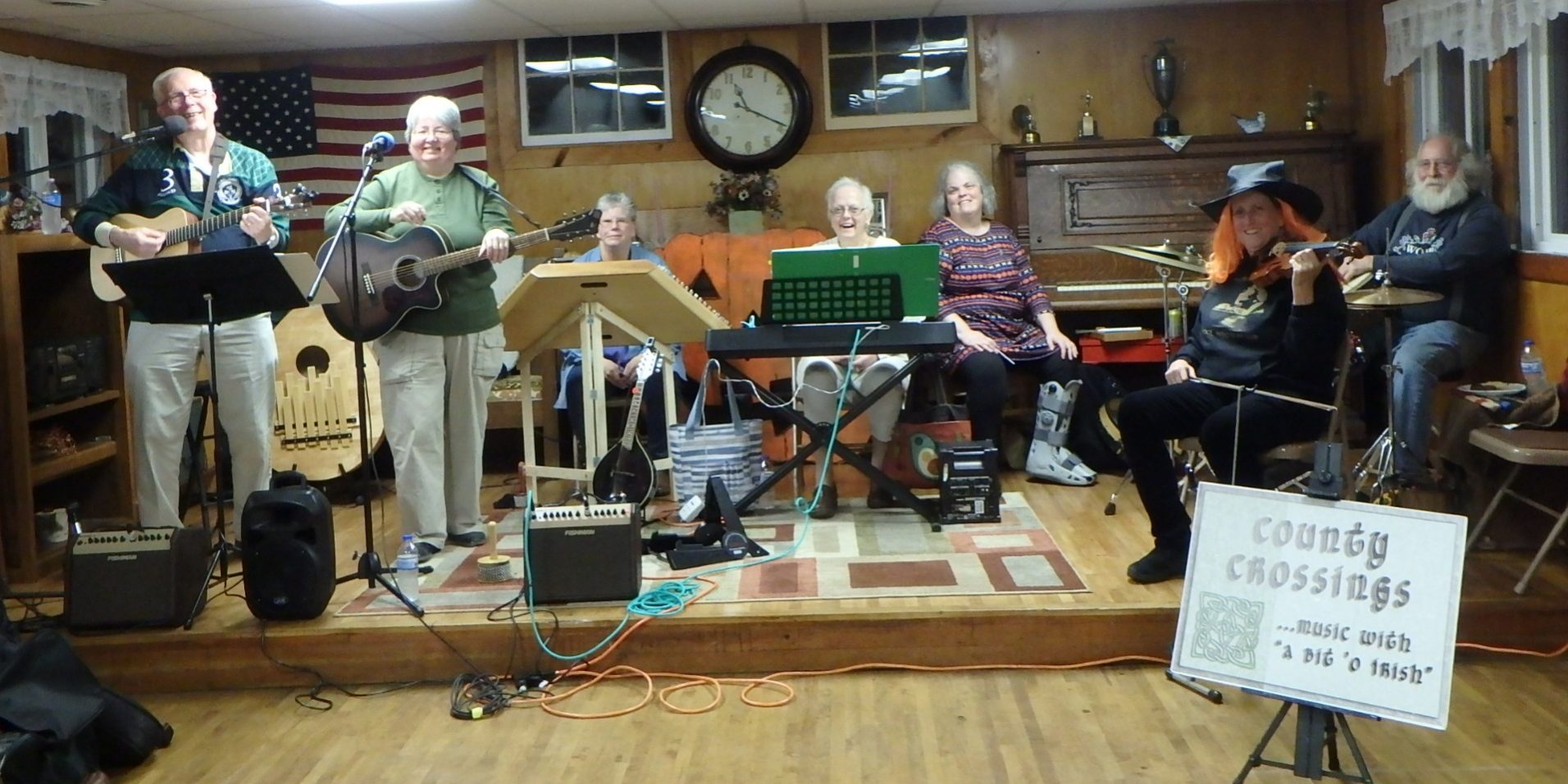 With all the wind we’ve had this week, the leaves are becoming a thing of the past. My road is covered in them as is my yard, car and walkways. I love looking at the pine needles and leaves on the ground so I leave them till spring. One of the perks of living in the forest.

Many of our “snowbirds” have left for the year after closing up their cabins and homes for the season. We will miss them! As they say…. until next year….

The village continues to be a busy place with people coming and going. Lots of ATVers around this past weekend as people were out and about enjoying a sight we hadn’t see for a while – SUN!

I had a chance to hang out with the granddaughters of both Clarence and Walter Stuebe this past week. The Stuebe brothers began their time in in our area in 1916 so lay claim to being one of our oldest families. Kay Schmidt, granddaughter of Walter Stuebe, drove up for the day from Rhinelander and we were joined by Cher Cofrin, granddaughter of Clarence Stuebe, Janet (Mathey) McCloud and the present owner of Walter and Alma’s place, Beth Allison. It was great to hear them reminiscing about the past including visits to the J. Steve Anderson and Barbara Bushnell homes on Upper Clam. These were beautiful and unique homes of their day. We all remembered how Barbara Bushnell had a summer and winter home very near to each other that she would move back and forth from with her organ having to accompany her from house to house by being pushed up and down a hill. The Andersons, was and is, a 1920’s estate in which servants were in attendance. Janet recalled working at McCorison’s Clam Lake Lodge as a teen reminding one of what an arduous task running a resort was. The teens of that time period worked hard with the variety of resorts and restaurants that were on hand. Janet said it was an all-day event preparing one meal after another, cleaning cabins, doing laundry, then off to bed in what was referred to as the “Shiny Room” at the Lodge. This was a small room coated in tin sheeting where the help stayed. In order to be ready to help prepare breakfast in the mornings they had to spend the night. Kathy (McCorison) Arias also talked of the “Shiny Room” when she would go to visit her grandparents and of Arlene Weiss working there with her cousin Rose McCorison. The girl’s favorite song was “Mairzy Doats” which was taught to them by Arlene. Lots of good times and memories!

Celebrating their 73rd wedding anniversary (amazing!) on November 9th are Iona (93) and Carl (95) Guthman. Wow!…is all one can say. They would have been married in 1946 – one year after the end of WWII. They are the parents of Rick Guthman and spend a fair amount of time in Clam Lake. We wish them a VERY special Happy Anniversary and hope they enjoy their day!

RECAP: The Autumn Party held at the Clam Lake Community Club on Friday October 25th was well attended by Clam Lakers near and far. After a host of delicious dishes, we were entertained by the County Crossings band whose specialty is Celtic music. They traveled up from Racine WI to visit with former band mate, Beth Allison. They featured several unusual instruments featured in traditional Celtic music such as the Hammer Dulcimer, Mountain Dulcimer, Marimbola, Bowed Psaltry and the Bodbram Drum. They were fun to hear and learn about. We wish to thank them for providing us with an evening of music and dance. What a great time!!

Until next time……Happy Halloween to one and all!!!