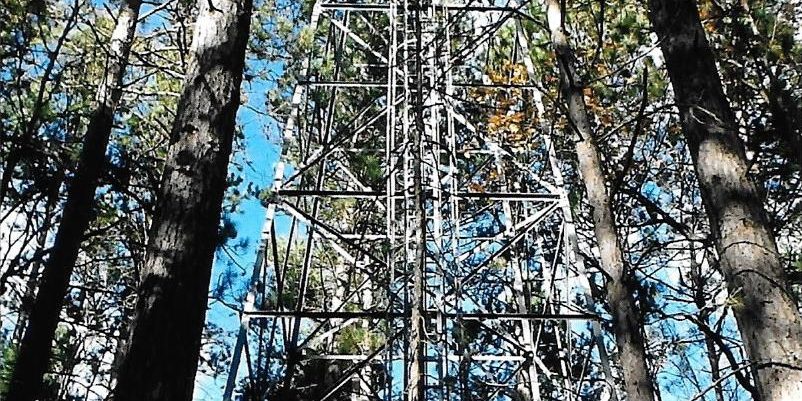 I am passing along a picture of our Clam Lake Fire Tower as it looks today, with the trees it was built to protect, almost as tall as it is. If you look across Lower Clam you can still see it rising to the sky. Many a story was told of times spent manning the tower and, of course, the Clam Lake newbies right of passage refrain, “oh, I’ve been up there!” Here is a record of it being built by one of the CCC Camps close to Clam Lake nearly 83 years ago.

September 13, 1933: “An 80-foot fire tower is also being constructed under the direction of the foresters.”

The Fire Tower is at a 1522 foot elevation, providing views of more than a dozen lakes and the West Fork of the Chippewa River.