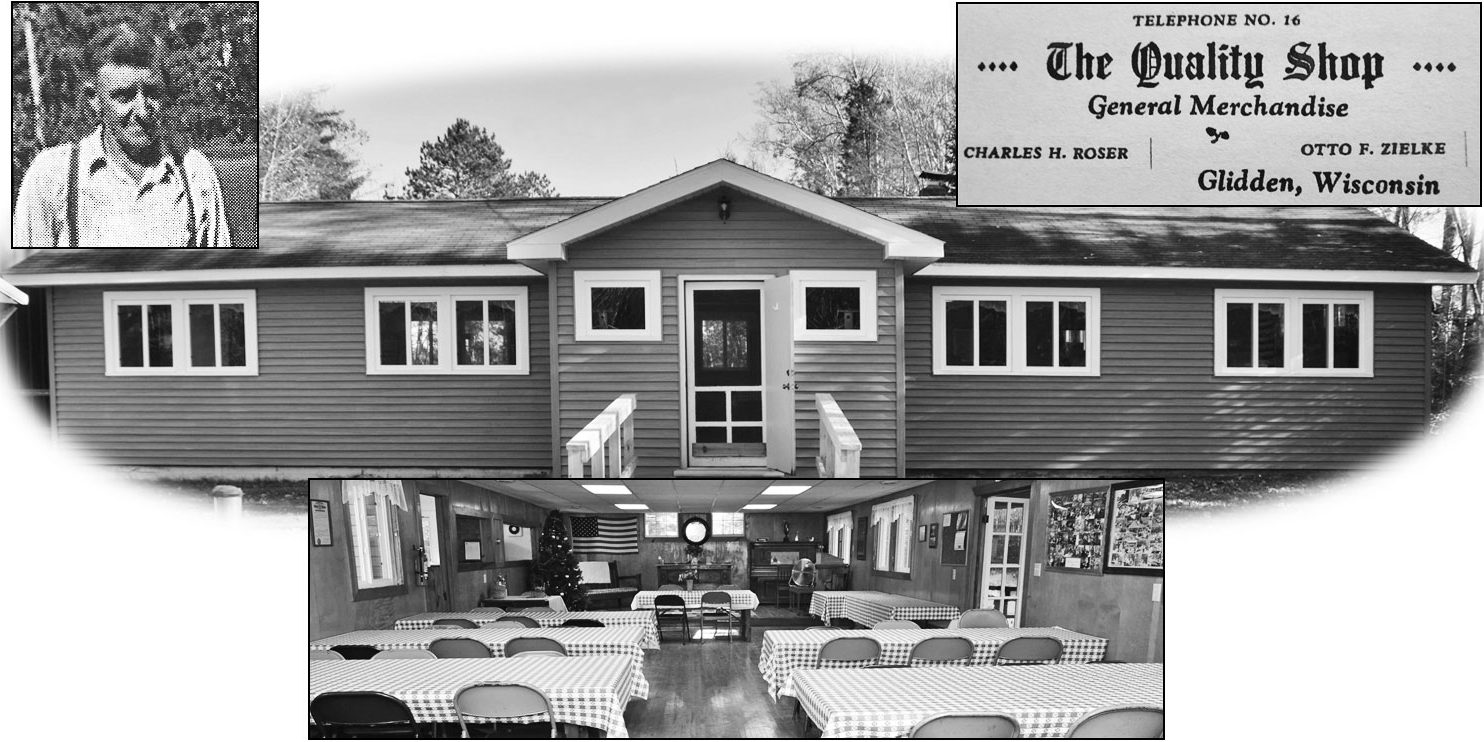 The Little Building That Could
By…..Lynne Rice

In 1941 our present day Community Building was built. The first meeting in that building was held August 19th of 1941, seventy-five years ago. To commemorate that I have written a two part snippet detailing how the Clubhouse came into existence. Last month was Part One. Here is Part Two…..

In 1937 a barracks from the 1604th CCC Camp was dismantled and transported to the Community Association lot on old Hwy. 77, now Clam Lake Road. A section of the original barracks was used for the Association’s summer picnics, but, never for meetings. In February of 1941 a motion was made at an Association meeting to accept Harry Snyder’s offer to put up a new building using materials from the dismantled CCC barracks. New materials would also have to be purchased to complete the project.

It was agreed to pay Harry $100 a year until his work was paid for. He would receive 60 cents an hour, making his wage $4.80 a day. Harry Snyder, Jack Cormican and Walter Stuebe would serve as the purchasing committee for the new building.

Shakes would be used on the outside with hardwood floors in the main room. Cedar blocks would be the foundation with a concrete wall under the whole building. The building’s length would be 60 foot to accommodate an indoor rifle range. (The opening for this range still exists on the far wall of the building.)

March: A dinner was given by the ladies of the community for the men following the razing of the old building. The men of the Community, including Harry, donate their time.

April: It was decided to do business with Joe Schraufnagel of Glidden because he had made a donation of $32 and would furnish a cement mixer, a sander for the floor and a man to run the sander.

May: Howard Scotford agrees to provide the $1,000 Insurance policy on the building at a cost of $9.05 a year.

June: Harry Snyder reported that his time on the construction amounted to 625 hours. (This also includes his donated time during the deconstruction of the old building.)

November: Fuel (wood) and janitor services are discussed. It was agreed that the janitor would be paid $1.00 for meetings held in the kitchen and $2.00 for any parties held in the “big room”. Howard Scotford would check with the Taylor Lake CCC Camp about firewood since they had so much on hand – about 800 cords.

Also in November, Harry Snyder asks that the Association give him a note for the labor that was due him amounting to $298.00. This was refused.

Harry Snyder was one of the most respected members of our Clam Lake community of yore. He was a master builder, building Snug Harbor (first known as The Hemlock Tavern) and many other places of the day. Harry was also a square dance caller of great renown and called dances at the Community building during the 1950’s. These dances were very popular events which are remembered with great fondness.

But, in 1941, Harry had run into some financial difficulties by running up a bill at the Quality Shop in Glidden, run by Otto Zielke and Charles Roser. In response to this the Quality Shop sought to garnish Harry’s wages to pay the bill. Harry, for whatever reason, was not in agreement and attempted to stop this by having the Association promise him the money. They got wind of it and refused.

So….begins a tale of disputes and tempers.

Harry decides to send a letter to the Association saying that he will no longer be charging for any of his labor, that it will all be donated. The Secretary of the Association was instructed to send Harry a response telling him that his offer of a donation could not be accepted. They would pay him the $100 a year as agreed upon.

In October of 1943 a Garnish Summons is sent to Alfred Stuebe (President of the Community Inc. and son of Walter and Alma Stuebe) by the District Attorney regarding Harry Snyder and the Quality Shop. Alfred has to serve the papers and Alma Stuebe, as Treasurer, must go to Ashland to testify that the Community owes Harry the money.

November: Harry Snyder arrives at the Association meeting with note in hand to be given to the officers so he will have security on his yearly payments. Harry is told, very kindly and with regret, that they cannot make any payments to him. Harry states that he will have a lien put on the building and will be locking it up the next day! That the papers were not legal as they were never served to him personally. But, the ruling stands and Harry storms out.

In September of 1943, an agreement between the Quality Shop and The Clam Lake Community Association to pay “just whatever they had on hand” was made. The Quality Shop stated they didn’t care as long as they got their money eventually. This amounted to $50 per year until the garnish was paid.

Soon thereafter, Harry returns to the meetings and is welcomed. All is forgiven and time marches on.

So, begins the life of our present day Community building….the scene of Community Picnics, Ham Dinners, Hog Roasts, Firehouse Breakfasts, Pot Lucks, parties, dances, and celebrations of lives lived, and a few battles. If nothing else, its life has been interesting.

Pictured is a composite of the Clam Lake Community Club’s exterior and interior, Harry Snyder and the Quality Shop logo.