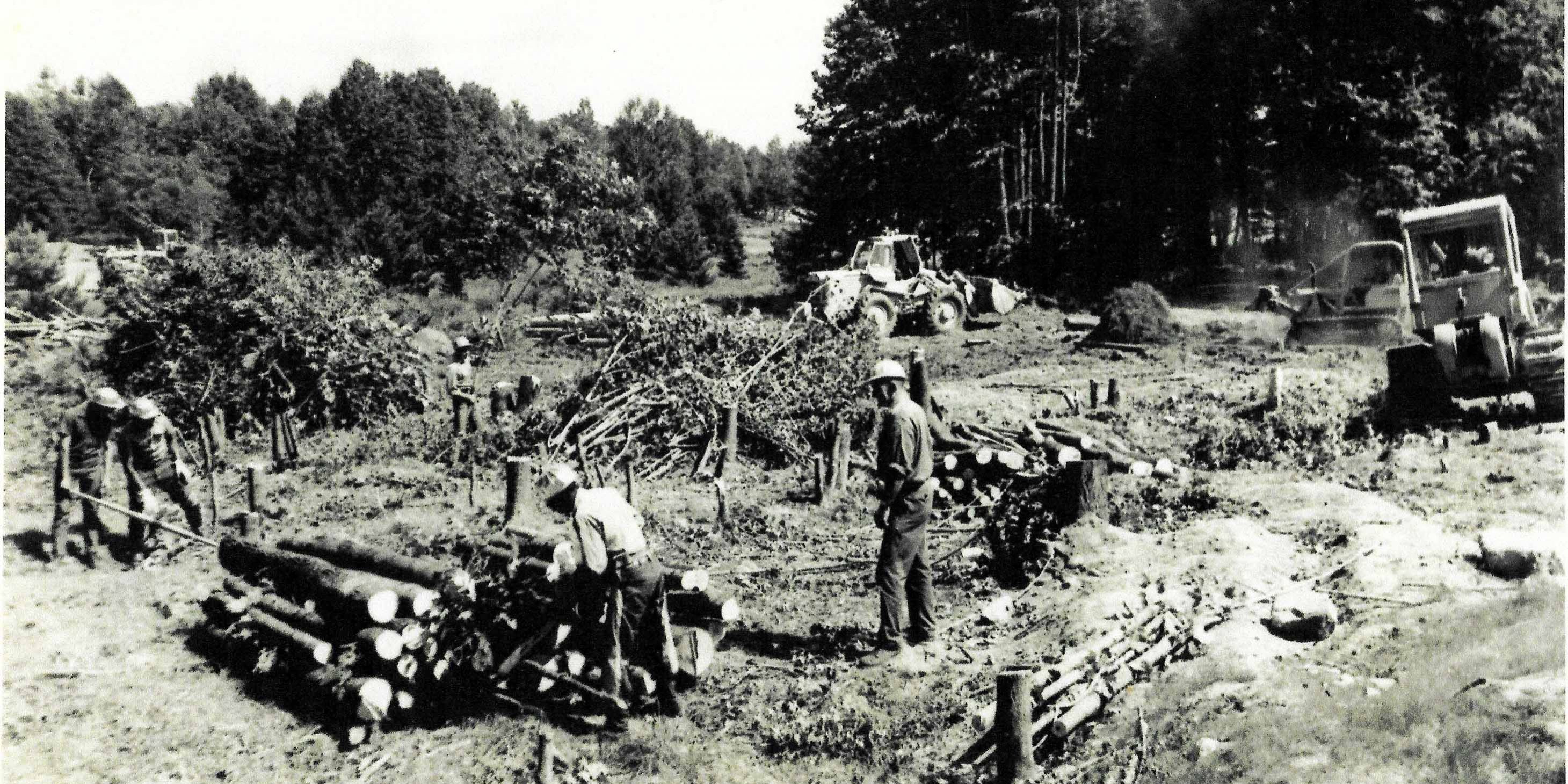 On April 13th, 1968 the groundbreaking ceremony for Project Wilderness Dam was held. Wilderness Dam was the original name for what would become the Day Lake Dam. The ceremony took place at the Clam Lake Civilian Conservation Center – the Job Corps. In the summer of 1968 work got underway with the clearing and brushing of the land. Much of this work was done by the men of the Job Corps under the direction of the US Forestry. The Job Corps was created as a major arm of the antipoverty program through the Economic Opportunity Act, which President Lyndon B. Johnson signed into law in August of 1964. It was modeled after the Depression era CCC. Clam Lake’s first Job Corpsmen arrived in 1965 and departed in 1969, but, not without leaving their mark in the form of Day Lake.

This picture shows the Corpsmen alongside Forestry personnel clearing the land to make way for the dam and campground.

(Photo courtesy of the US Forest Service)