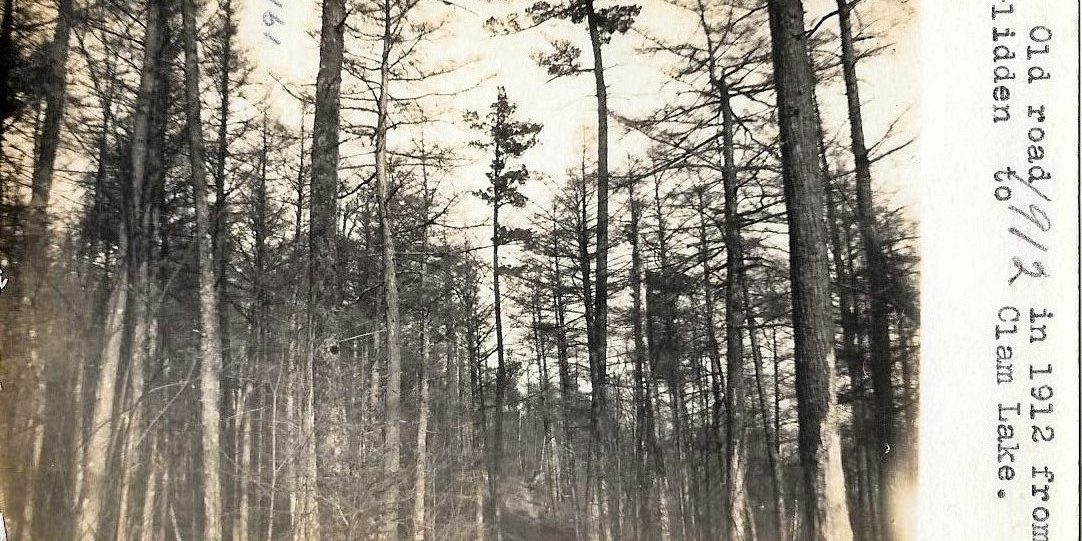 This week saw a mix of thunderstorms interspersed with mild pleasant summer days. One sees vacationeers and locals alike taking advantage of the nice weather to be out and about enjoying our forest and lakes. Hard to believe it is the waning days of summer already with August settling in. Always goes by so fast!!! The time for harvests and fairs is fast approaching.

MEETING REMINDER: On Thursday, August 11th the Clam Lake Community Club will be holding their monthly meeting beginning at 5:00 pm. The short meeting will be followed by a Pot Luck and some Clam Lake Style Bingo with Master Bingo Caller Ace Griffaw at the helm. Hope to see you there!

ST. GEORGE’S CHAPEL: Mass is celebrated every Saturday, during the summer months, at our historic “Chapel in the Woods”. Services begin at 6:00 pm. Listen for the old chapel bell as it rings out calling all to worship. Then take a step back in time to a simpler era in our log cabin chapel built in 1948 from the forest that surrounds it. Come pray with us!

SYMPATHIES: We extend our sympathies to the Rick Guthman family on the loss of Rick’s mother Iona Guthman. Iona was a hard working woman whom enjoyed gardening and canning her fresh produce. She and her husband Carl were married for close to 75 years before his passing last year and were parents and grandparents to 5 children, 14 grandchildren, 28 great-grandchildren and 3 great-great grandchildren. Wow! Family was everything for Iona with her enjoying spending time with all. She and her husband were seasonal Clam Lakers and loved the north woods. She will be missed! Iona was 96.

CONDOLENCES also go out to Rob Dezotell on the loss of his grandmother Geraldine Glaser. Geraldine was 83.

HISTORY MOMENT: Taken from a recounting by Joe Moran, of Glidden, whom frequented the lumber camps of the late 19th and early 20th centuries. “The center of this indescribably beautiful pine fastness lay almost fifteen miles west of the Wisconsin Central tracks. A “tote” road of the tortuous type straggled through the virgin wild with four-horse teams drawing the large loads of lumberman’s supplies. Ten miles out, across the corduroy, log structures stood, known as the Halfway House (the same place we know as the Halfway today) where the teams and teamsters put up. The “Rocky Road to Dublin” may have been worse than the West Fork road (Highway 77), but it is very doubtful. Speeding motorists touring Highway 77 today may seek in vain for the pot-holes, rocks, snags and pine stumps, the latter of which the teams went around in succession. There were lots of stumps to negotiate between Glidden and the Leonard’s Headquarters Camp on Upper Clam Lake, a seven-hour ordeal of lurching jolts through quagmire and the devil knows what (he recounts that “tote” roads were made up of many items – along with hay and oats were seen whole hogs and beef quarters), over hogbacks (rocks) for a score of miles. Seven hours were considered “going to town” over it! From Clam, it wiggled on to Cable and Hayward by way of White Bass, Buffalo and Moose Lakes which were untouched wilderness.” (Imagine it taking seven hours to get from Clam Lake to Glidden! Whew! Joe became a teacher and writer of stories and poems of the area taking special interest in recounting the logging days of his youth. This particular excerpt was written in 1943. The year he is recounting is 1896.)

Pictured is the “Old Road from Clam Lake to Glidden” photographed in 1912 by a group of hunters from Whitewater WI that came up to Clam Lake to hunt between the years 1909 and 1936. Luckily, for us, they took photos of the time and labeled them.