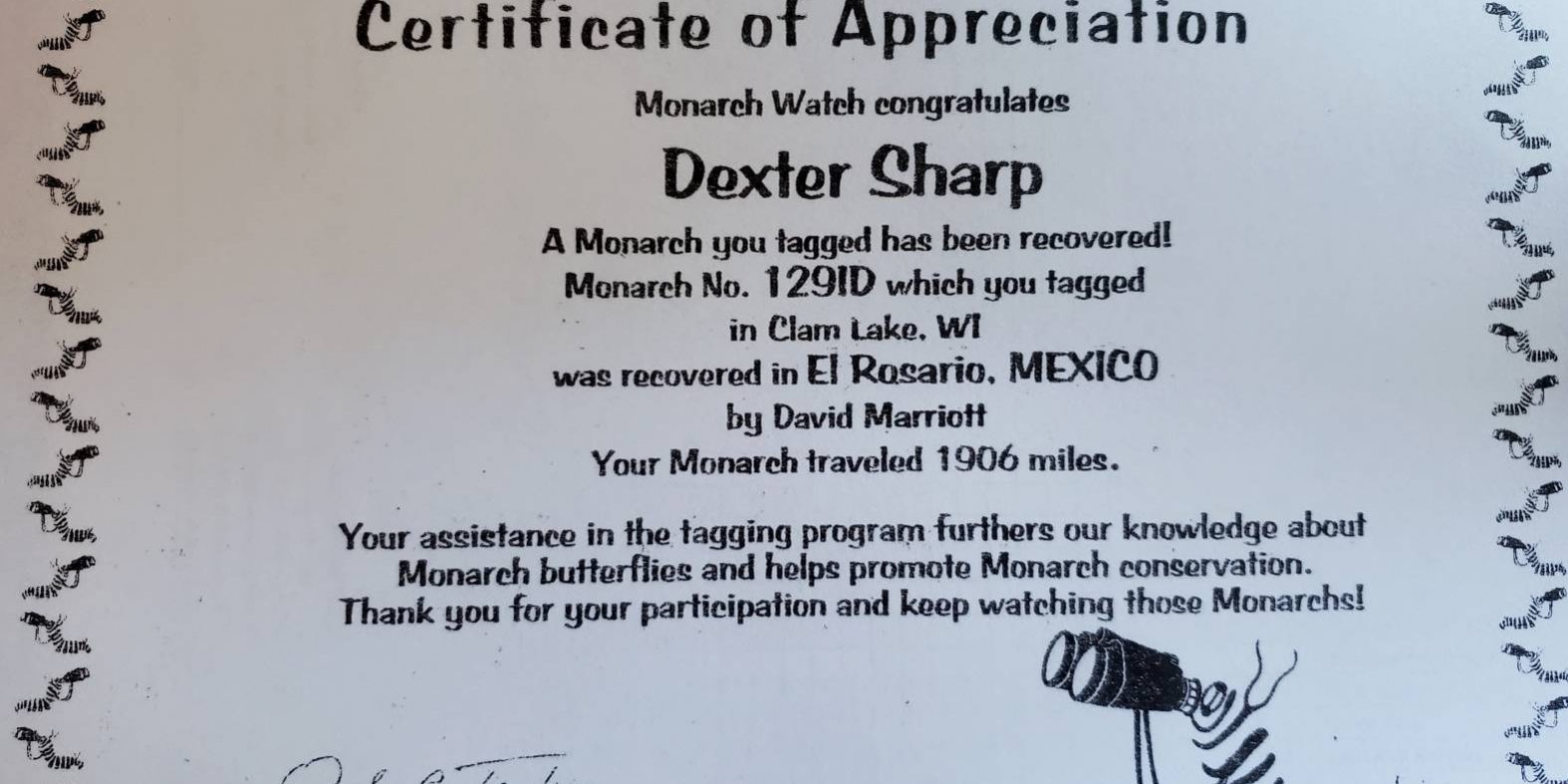 Our weather seemed to have a taste of Fall in it towards the end of the week. Seemed we went from hot and humid to chilly and damp just like that. At least our forest is not crying for water this year with us having more typical rain fall year. We are thankful for that.

ST. GEORGE’S CHAPEL: Mass is celebrated every Saturday at 6:00 pm at our historic “Chapel in the Woods”. With the summer season winding down we remind there are only a few more weeks left before St. George will close for the 2022 season. Time to take a step back in time to a simpler era in our log cabin chapel while you still can. Come pray with us!

MEETING RECAP: The Clam Lake Community Club held their monthly meeting on Thursday August 11th. Alice Filter suggested looking into new high rise toilets for the bathrooms. Bud will be looking into this. After everyone had sampled the delicacies of the Pot Luck it was time for Master Bingo Caller Ace Griffaw to go to work. As the evening wore on it was noted that the only table that hadn’t won anything was the Filter’s. So, it was suggested they take a prize for their good sportsmanship. The prize Kim chose was a small sombrero with a matching small bottle of tequila. Amid shouts of “Drink it!! Drink it!! Drink it!!” and some assistance from Cindy Buryanek, whom loves tequila, the zesty liquor was made short work of. Ole! As if to make up for lost time, Alice Filter ended up winning the Fill Your Card prize with Cheri Cornell taking home the door prize. Can we say “a good time was had by all”? We can!!!

MONARCH BUTTERFLIES: Many of us have seen the yellow and black monarch caterpillars that crawl around milkweed plants as they settle in to cocoon themselves for their transformation into beautiful monarch butterflies. They can become vulnerable to predators at this stage but, is it a good idea to bring eggs or caterpillars inside to protect and raise? According to scientific studies, the answer to that is no. The goal of the monarch conservation movement is a self-sustaining monarch population that can survive from generation to generation without human intervention. The best thing one can do to support monarchs is to create habitat for them since loss of habitat is what is endangering them. Studies have shown that it is possible to disrupt the monarch’s migratory gene if brought inside. When wild versus raised butterflies are studied the wild butterflies will fly south come autumn, whereas ones raised indoors will fly in random directions. Even if brought in for a few days to protect from frost the learning process can be disrupted. The best way to assist monarchs is to leave outside and build an enclosure to protect from predators while still providing the environmental cues needed for their migration. One such scientist was our very own Dexter Sharp, whom upon retirement became involved with the monarch watch tagging program. Dexter tagged migrating butterflies in the late summer up in Clam Lake and in Kansas City, his winter home. One year he had the fourth longest traveling butterfly to the Rosaria Mexico refuge. The butterfly had been tagged in Clam Lake. His primary areas for tagging were at the old CCC Camp, the boat landing at Little Clam and a fire lane roadside. Dexter passed in 2014 at age 94. On behalf of the monarchs we thank him!

Pictured is the certificate of appreciation given to Dexter Sharp by the Monarch Watch program.