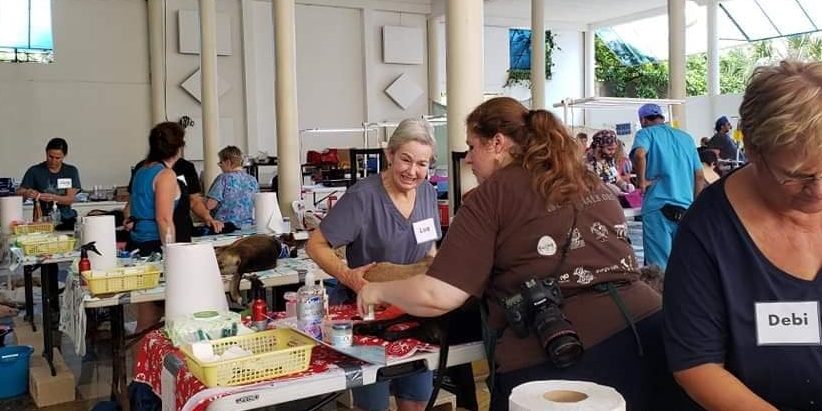 Winter is definitely IN THE HOUSE. Wednesday morning, we awoke to about a foot of new snow when prior to that the woods were almost bare. There was wind, a few power outages and drifts – all the good stuff. Thanksgiving was clear, with an even bigger snow event hitting us over the weekend. I hope everyone traveling had a safe holiday.

The 2019 deer rifle season is now history. From all accounts, the amount of deer taken was down. I checked the Buck Board at Ransom’s with the largest buck recorded for the season being an eight-pointer weighing in at 177 lbs. This deer went to Mike Christiansen. There was also an eleven pointer, taken by Bill Bolom, weighing in at 160 lbs. Only nineteen bucks were on the board when I checked. Regardless, the businesses seemed happy with the turnout of hunters. All good!

UPCOMING EVENTS: Saturday December 7th the Forest Riders Snowmobile Club will be having their monthly meat raffle at Ransom’s Place starting at 3pm with all meats coming from the Sixth Street Market in Ashland. Following the raffle, the Forest Riders will proceed onward to the Namakagon Trail Groomers Banquet at Lakewoods Resort. This is a fund raiser held every year to aid the Groomers that keep the trails in good condition for the host of snowmobilers that head our way each winter. Kudos to the Forest Riders for doing their part to help this valuable organization. In the spirit of the holiday season, Spud Bebeau will be bringing out a Christmas tree to raffle off during the meat raffle. Time to win some delicious meat and have a good time in the process.

CHRISTMAS PARTY: Thursday, December 12th, the Clam Lake Community Club will hold their annual Christmas Party starting with a Pot Luck at five. There will be laughter, good cheer and a $15 optional gift exchange. If you choose to bring a gift designate whether it is for a man or a woman. Men bring for men, women for women – if you bring a gift, take a gift, if not…. don’t. No pressure. Is a great time to connect with friends and neighbors during this fun and busy holiday season. Hope to see you there!

MAKING A DIFFERENCE: I recently had a chance to catch up with Lea Justice who spent November 12th through the 21st in Rancho Viejo Mexico for the 7th Annual Rancho Viejo Spay and Neuter Campaign. Rancho Viejo is a village on the outskirts of Cancun in an impoverished area known as “Old Mexico”. For the past seven years volunteers arrive to participate in a six-day free spay and neuter clinic to help reduce the population of dogs and cats in an area where vets are all but nonexistent and people cannot afford to pay for the services if they were. This year saw 80 volunteers arriving including eleven veterinarians from the US, Brazil, England and Mexico. In the six-day period 1,847 dogs and cats (600) were spayed or neutered. Many were also treated for other health problems during their time in the clinic. The volunteers arrived at eight each morning often working until eight at night as the influx of animals continued. Lea said each day saw a line of people, with their pets, lining up around the block Some arrived in wheelbarrows, some in crates and yet others in more traditional modes of animal transport. Often stray homeless dogs were rounded up and brought in by the villagers along with their own pets. Lea’s time was spent in dog recovery where her and her fellow volunteers helped the animals after their surgeries. Once awake and on their feet they were returned to their owners who waited patiently for their pets. Lea told of one dog who happened to stray in on his own that seemed to have no owner. After keeping him for several days following his surgery he was happily reunited with his owner who did not know where he had gone. This also provided time for strays to be adopted as well as puppies and kittens. Lea said the local people all expressed unending gratitude for the help given to them and their pets. Lea said she is already planning her list for next year. We are so proud of her for helping those less fortunate and making a difference.

Pictured is Lea Justice at her work station in dog recovery at Rancho Viejo.