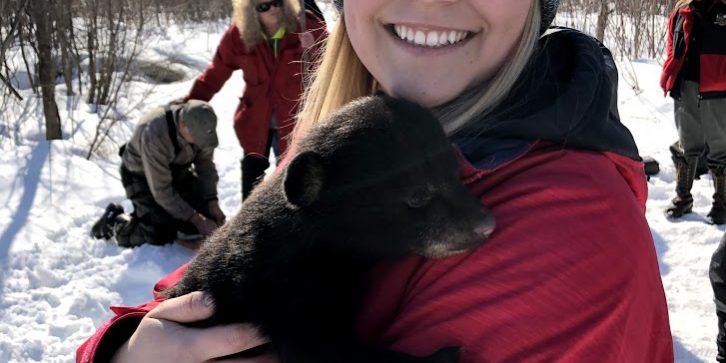 Happy Valentine’s Day to all!

Well, we finally saw some “fresh powder” with snow moving in on Thursday night. It was accompanied by temps nearing the freezing mark which was welcome. Of course, that didn’t hang around long with us going back below zero for a few nights. As is typical of this winter we seem to go up and down and all around. Am sure the winter sports enthusiasts are happy to see some new snow. The “weekend warriors” will be in their glory!

MEAT RAFFLE REMINDER: The Clam Lake Forest Riders will be holding a meat raffle at Ransoms Place on Saturday, February 19th from 3:00 to 5:00 pm. Time to come out and support this hard working club and win some delicious meat into the bargain. All meats come from Rondeaus of Cable WI. (As a side note: Tom Rondeau started the grocery store in Cable in 1929 with it going strong for the past 93 years! They are known for their fresh meats.)

MEETING RECAP: Due to heavy snow coming down, I ended up having to miss this month’s meeting of the Clam Lake Community Club. I did head out, encountering some elk at the end of my road holding signs that said “Turn Back – Bad Roads Ahead!”. So, I did. Elk know best, I have learned. Is wonderful to know that they are always looking out for those of us that live in the deep deep woods. I did get reports that 22 hearty Clam Lakers made it to the meeting, some showing up before the snow started. It was reported that Cheryl Miller was the lucky winner of the door prize. Congrats to her!!!

BEAR RESEARCH UPDATE: February has traditionally been the month when bear research takes place. It began with Dr. Ray Anderson with him handing it over to his apprentice Maggie Heino, whom we in Clam Lake, always affectionately referred to as “The Bear Lady”. Once again the torch has been passed – this time to Cady Santini Associate Professor of Wildlife Ecology at UWSP. I had a chance to speak with Cady about how the current bear research program is progressing and how active Clam Lake is in it. Cady told me it was very important to her to keep Clam Lake in the study area as it is (in her words) “a wildlife wonderland”. And, we that live here, know that to be true. Cady related that the bear research program is alive and well and very valuable in teaching college students field skills for those working on both Masters and Undergraduate degrees. Mainly Clam Lake has held a quota of from 6 to 12 dens harboring research bears. All of the collared bears in the study are females owing to the fact that they will most likely have cubs that can be studied as well. GPS tracking devices are also being introduced to the study making tracking less cumbersome versus the old antennaed “Bear Mobile”. A Black Bear Ecology Class is offered at UWSP which teaches students how to process dens so that students will know what to do when. Cady said this has been very helpful to the students and her when giving directives on checking a den. When a den is being processed the bear is tranquilized and removed from the den so measurements can be taken. Researchers then enter the den to take note of how the den was made, what materials were used, etc. Cubs, if present, would also be measured at this time. As with our homes, she told me that every den is different depicting the individual nature and preferences of that particular bear. As in the days of Dr. Ray Anderson the ancient Ojibwe custom of “assema” is practiced before entering the den. This custom is explained as the practice of offering a gift of tobacco to one whom is asked to do something or will be giving something of themselves. In keeping with this tradition tobacco is spread before entering the den. Cady said this is a very personal gesture for her and one she feels very privileged to carry on. We express thanks to these researchers, on behalf of our bears, for the work they do. (As a side note: The researchers are always looking to introduce new bears into the study. If you happen to be lucky enough to have a bear den on your land you are encouraged to become part of the study. As a land owner, you would be able to take an active part and be kept abreast of “your” bears data. If so, you may contact Bruce Prentice at bpbear12@hotmail.com or Cady Santini at csantini@uwsp.edu.)

Pictured is: Undergraduate student Ashley Skalitsky as she holds a bear cub while the rest of the team finishes up processing the mother bear. Maggie Heino (the Bear Lady – now retired) and Jeff Morden are in the background.