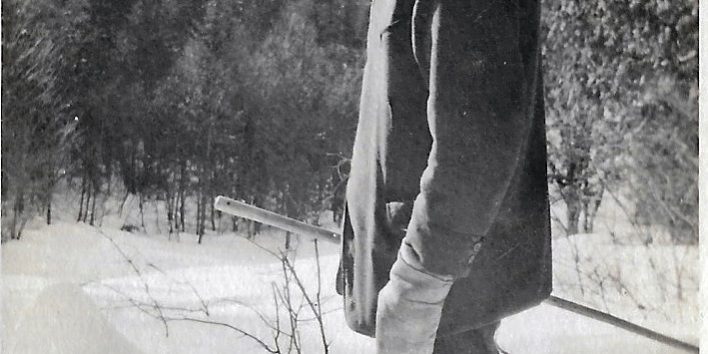 What a difference a week makes! This week we were happy to welcome the return of above zero and above freezing temperatures!!! In parts of our area there’s been a 60 degree difference from last week’s lows to this week’s highs. We’ll take it!

GOOD LUCK! Once again, we wish good luck to all those participating in this year’s American Birkebeiner which will be held this week. The 2021 race will be a five day event spanning February 24th thru February 28th. The event will feature both live and virtual races.

SYMPATHIES go out to the family of Bernadette (Bunny) Fisher, upon her passing last week. Bunny and her husband Chuck moved to Clam Lake in 1989 after buying land from Betty Stepanek on McClaren Lake. Although Chuck passed away several years ago Bunny continued to be a vital part of our community until her health forced her to move to Water’s Edge Senior Living Facility in Hayward a few years ago. She loved living in Clam Lake and especially enjoyed getting into her boat to do some fishing. She would often tell me she was going to go out and catch her dinner – which she did! She was a gentle, kind soul who always looked on the bright side of life and had a ready smile for all that met her. She will be missed! Bunny was 91.

HISTORY MOMENT: With the Birkebeiner being held this week our thoughts turn towards cross country skiing. In the early days of Clam Lake, before cars were an option, the people of Clam Lake often traveled by ski or snowshoe in the winter. In the year 1913, Howard Scotford was doing just that as he traveled back and forth to Glidden to visit his wife Hazel who would winter there with her family. Here is a typical recounting of a cross country ski trip taken in February of 1913. “Left town (Glidden) at 9:00 am. Came straight through and arrived here (Clam Lake) at 5:30 pm. Very cold (28 below) and windy. Lots of new snow has drifted making the skiing difficult.” The next day he goes to Meyers. This is on top of the Moose River hill now owned by the Moose Mountain group, of whom Dick Pankratz is a member. Howard Scotford owned it at one time selling it to S.C.Meyers in 1912. Due to this, it is often referred to as the “Scotford Homestead”. He uses this as a rest stop when traveling back and forth to Glidden. After spending the night, he continues on to Glidden the next day. He stays there until the 18th, then heads back to Meyers once again. He has this to say, “Saw two deer and one fox. Meyers to (Clam) Lake had a good crust on the snow.” Once back, he spends time trying to cut ice, bemoaning the fact that he could not take the “cakes” from the water (possibly too heavy). On his treks back and forth he is also checking his traps. For his efforts he catches one large weasel and a wild cat.

Time to wish all those celebrating in March a happy day! They are:

The two couples celebrating wedding anniversaries in March are:

Happy Anniversary wishes go out to them!

Pictured is Walter Stuebe, circa the winter of 1916, atop the hill at the Scotford homestead. Walter and Alma Stuebe resided there from 1916 until 1922.