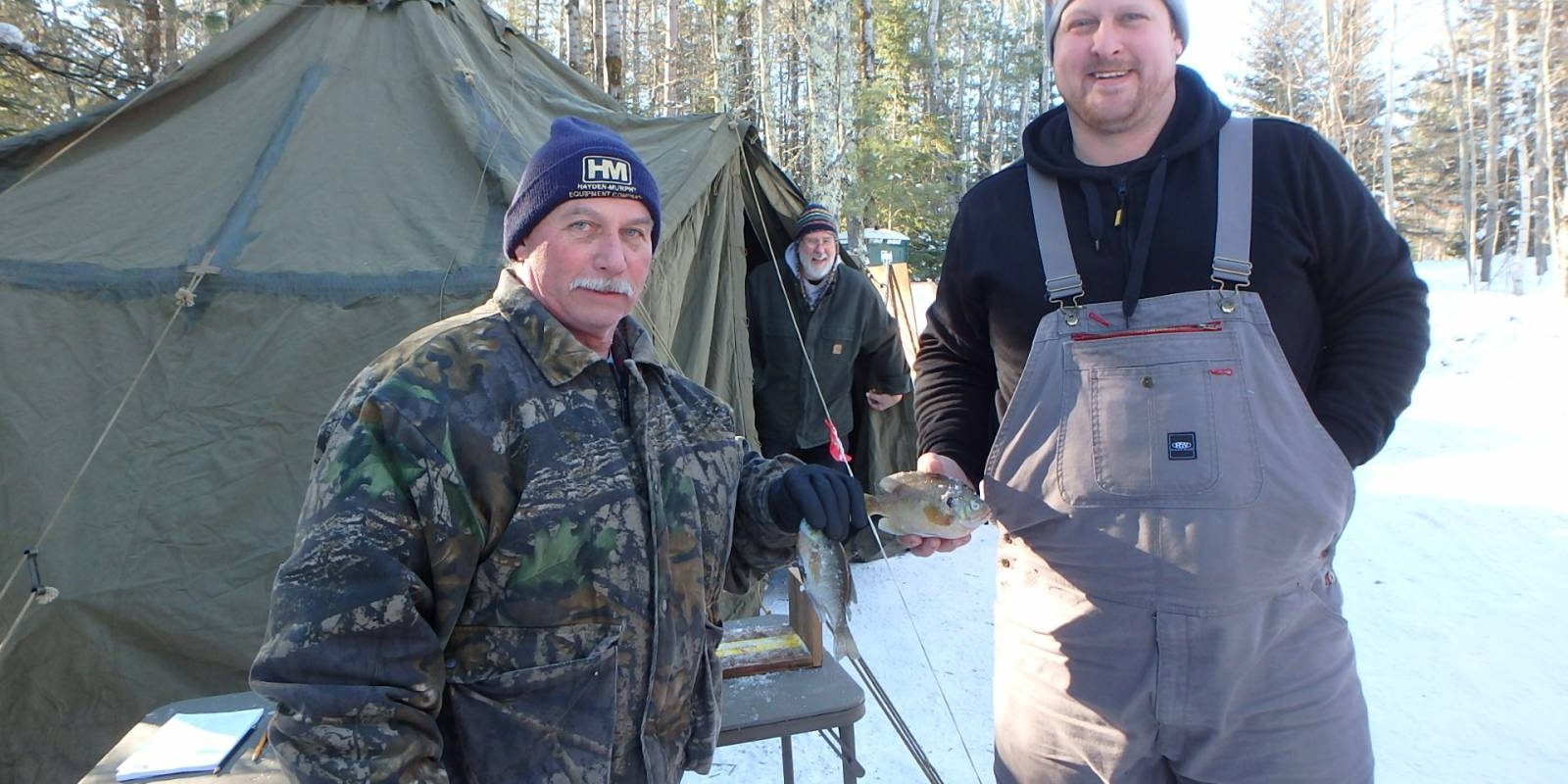 Our weather this week started out on a bitterly cold note, then, per usual, warmed up a bit for a few days. Then back down we went settling in for some typical January temperatures. There were a few light skiffs of snow here and there but nothing much. Winter is making it’s presence known, that’s for sure.

CLAM LAKE FOREST RIDERS TRAIL REPORT: “Trail 9A is in excellent condition. Some of the heavily wooded trails are in fair to good condition. They are flat but thin in some spots. The base is 2 to 4 inches.” Regardless of trail conditions the snowmobilers are in plentiful supply during the weekends.

MRYTLE UPDATE: I had a chance to catch up with Mrytle, our wayward Yellow Rumped Warbler, whom apparently missed the memo when it was time to head south and is spending the winter here in Clam where I am sure she does NOT want to be. Mrytle is an insectivore whose primary diet would consist of bugs which, at below zero temps in northern Wisconsin, are in short supply. Thanks to our resident birder, Jan Sharp, whom has taken Mrytle “under her wing” so to speak, this little bird has managed to survive our harsh Wisconsin winter so far. Amazingly, she has survived -24 degrees and our 17 inch snowfall. Jan is putting out high fat content suet for her several times a day which she has found and is eating although she does have to compete with other birds whom have also found these tasty tidbits. She fluffs herself up as much as possible to ward off the cold. We wish her continued success as she battles the elements and know she will have a lot of stories to share with her friends when they return in the spring. I can just hear it, “you’ll never believe what happened to ME!”

HISTORY MOMENT: As winter encroaches on us in all it’s various forms I will hearken back to Howard Scotford’s recounting of January of 1915 as he travels back and forth from Clam Lake to Glidden. – On the 6th of January in 1915 Howard returns to Clam Lake from Glidden. His mode of transportation is skis. He traps and hunts along the way until the 26th, then he decides to return to Glidden. He says, “Went to town, but had to give up by the Torrey – at least 18 inches of snow has fallen. ”He finally does make it into Glidden and stays until the 29th. Then him and Hazel (she is also on skis) return to Clam Lake and he freezes a toe on the return trip. He is recording temperatures of -36 at 10:00 pm with -44 at 8:00 am. Even with his sore toe he checks his traps at Pole Lake and makes wood. He is also traveling periodically to Camp 17 (a logging camp of the era – location unknown) to get the mail and borrow equipment such as ice tongs.

ICE FISHING CONTEST UPDATE: Once again the Elk Country ATV Club hosted a day of fun on the ice with their annual Ice Fishing Contest on Upper Clam. Saturday dawned sunny and cold which didn’t seem to bother the many fishing contestants whom were out in force in their shanties and tents. Even with some slush on the lake people were zipping around enjoying the day. I, myself, was treated to quite a wild Jeep ride for a cruise around the lake to visit various groups. In Clam this doubles as a “poor man’s roller coaster”. Crazy fun! Looked like every one was having a good time catching fish and eating. The smell of roasting brats was heavy in the air along with some cajun gumbo thrown into the mix. We wish to thank the Elk Country ATV Club for all the time and effort they put in every year to make this event the success that it is! And thanks to all the participants! Great day!