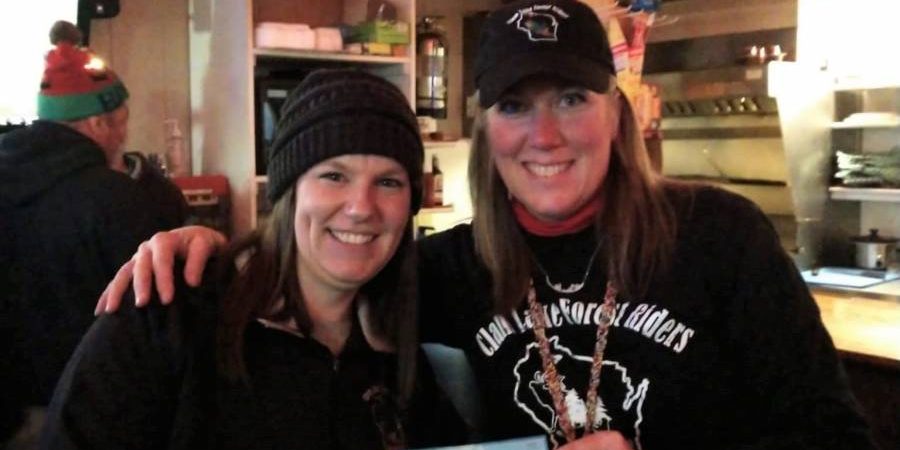 This week saw us returning to sub zero temps. Tuesday I had a reading on my thermometer of 34 above zero but, within a few days that was but a pipe dream with us lucky to crack zero or barely above for highs. And so it went. I’m ready for a February thaw…..

CLAM LAKE FOREST RIDERS DONATE TO AMBULANCE SERVICE: The Clam Lake Forest Riders donated proceeds from their last meat raffle, held on Saturday January 15th, to the Glidden Area Ambulance Service. This amounted to a check for $500! We wish to thank the Forest Riders for their generosity and all those that participated in the meat raffle to help this very worthy cause. Thank you!

HISTORY MOMENT: In January of 1921 Walter and Alma Stuebe, along with Walter’s younger brother Clarence, are living at the Halfway Hill Homestead. Alma’s brother, Wallie Rosentreter, also lives with them periodically. They bought this piece of land in 1916 and would live there until 1922. On the land they had a farm which, when visiting what remains of the old homestead, is a feat onto itself as it is located atop a very high hill. Alma kept journals of her activities during this time detailing her daily life which consisted of various chores and activities. Considering the location, one would have thought their life would be rather a lonely one but, contrary to that thought, several people were coming and going stopping off to visit or rest enroute to Glidden and back. There were also logging camps nearby that they visited or went to for supplies. Here are some of her entries for January of 1921: January 13th – She takes down their Christmas tree. On the 14th she sewed 5 pairs of mittens while her daughter Ruth, age five at the time, is churning butter. She is also putting away provisions she has ordered from Sears. These would have arrived via the train. Walter has gone to town or the logging camp to pick them up. All the traveling was done via horse and wagon. No cars. She records that the boys went to “the camp” to get horse feed. They go often to visit their neighbor Ben – whom he is and where he lived is unknown. Likewise he comes to visit them frequently. At the end of December she says, “Started school.” She has to home school their children with their school books and lessons arriving via the train as well. She goes to the logging camp to pick these up. There is no school nearby. Besides farm work the men are also working in the woods. The Stuebes would leave the Homestead in 1922, returning to Milwaukee until 1927, at which time they would move to Clam Lake with the promise of a school for their children. The lack of a nearby school was one of their main reasons for leaving. The Clam Lake School was built in 1928. Ruth Stuebe would be in attendance.

Time to wish all those celebrating birthdays in February a very happy day. They are:

The only couple celebrating their wedding anniversary in February are: Tony and Jacci (Eder) Fiecke. We wish them a happy anniversary!!!

Pictured are Brenda Brueske (President of the Forest Riders Snowmobile Club) presenting a check to Makala Reukema of the Glidden Area Ambulance Service.