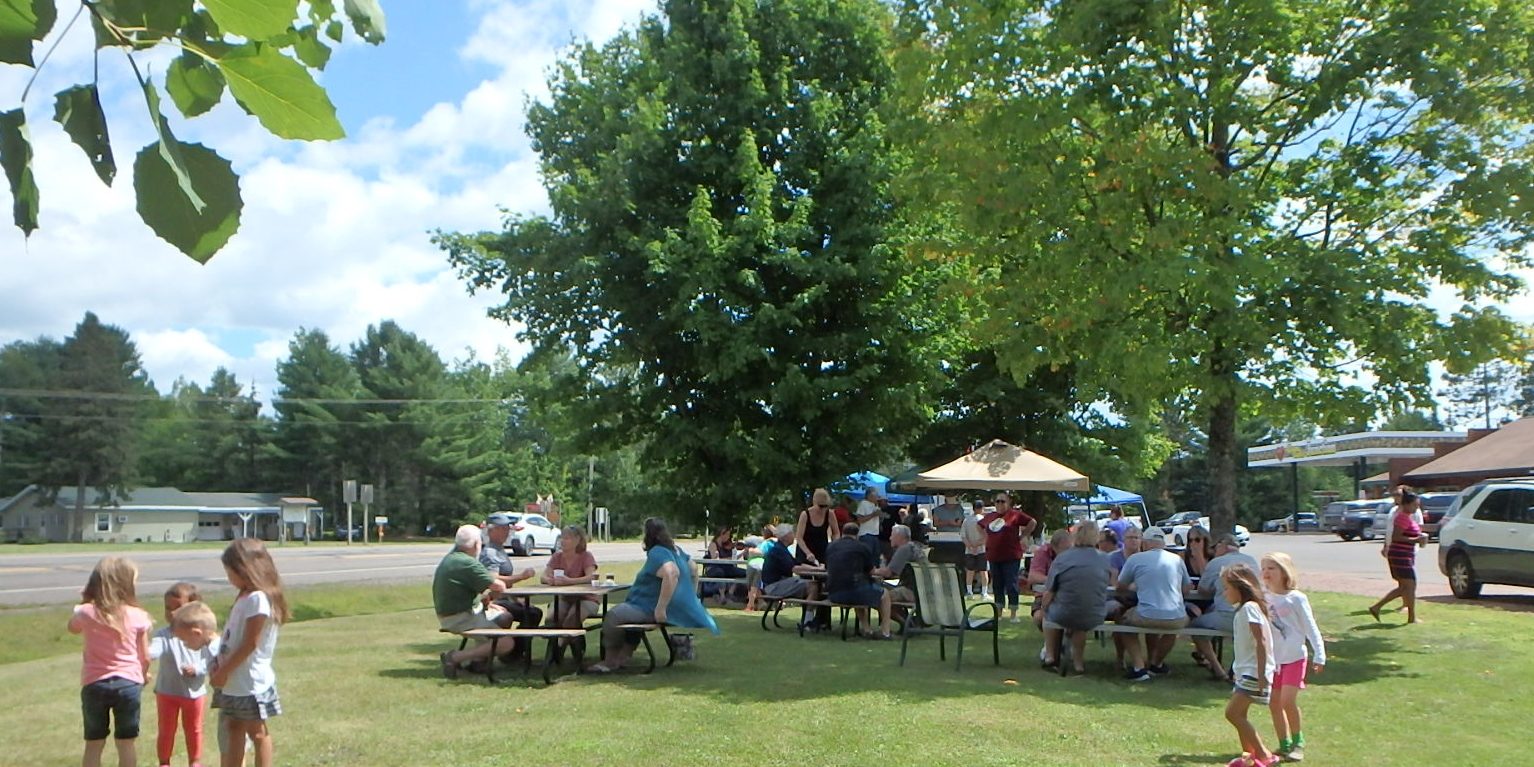 It’s was wonderful to have the humidity lift for a few days at the beginning of the week. The days were just about perfect with sunny skies and temps in the 70’s. Nice!

EVENTS: On Friday, August 2nd Doc (Tom) and Nancy Chisholm will be holding an Evening of Music and Dance at the Clam Lake Community Club. This event begins at 6:30 with music from 7:00 to 9:00 pm. Music will feature popular sing along and chance tunes – polkas too! Musicians include: Beth Allison, Holly Bacha, Stacy Hughes and Steve Trude. There is no charge for this event, so come enjoy some fine music and sing along!

REMINDER: On Saturday, August 3rd, Ransom’s Place will be holding their One Year Anniversary Party. Congrats to them on being part of our community for this past year. What a great addition they have been!

THURSDAY AUGUST 8th , the Clam Lake Community Club will hold their monthly Meeting/Pot Luck/ Bingo starting at five. Come and join your neighbors in an evening of good food, conversation and silly stuff.

ST. GEORGE’S – Mass is said every Saturday at 4:00 pm in our historic Chapel in the Woods. Come and experience worship in a setting from a time gone by.

COW 13 LIVES ON: It’s been reported that elk Cow No.13’s daughter Cow 256 is doing well and been spotted in Winter WI by DNR game warden Dan Michels. Cow 13 was the last of the original 25 elk that were released in the Clam Lake are in 1995. She was found dead this spring near Butternut having almost made it to her 25th birthday. No. 256 is expected to carry on No. 13’s legacy of being an ornery lead cow for the local herd that consistently raises calves each year. Adding more than 60 elk this year means we are approaching 300 elk in the northern herd. This includes calves born to pregnant cows in the last shipment of 48 elk from Kentucky that will be released from their quarantine pen this summer.

Thanks go out to Tim and Tammy McFadden and their employees for hosting this past weekend’s Clam Lake Junction Customer Appreciation Days. It was a beautiful day on Saturday for the main event with a great turn-out of friends and neighbors. Everyone had a great time! We thank them for thanking us!!!

Onto the August Birthday List – Happy Birthday to one and all!

Happy Anniversary Wishes go out to:

Pictured are a couple pictures from the Junction’s Customer Appreciation Days Saturday event. Tammy McFadden with the “Thank You Valued Customers” cake and a photo of the old and young enjoying the day.

Until next week! Don’t forget Pickleball Tuesdays at 10:00 – if you dare….