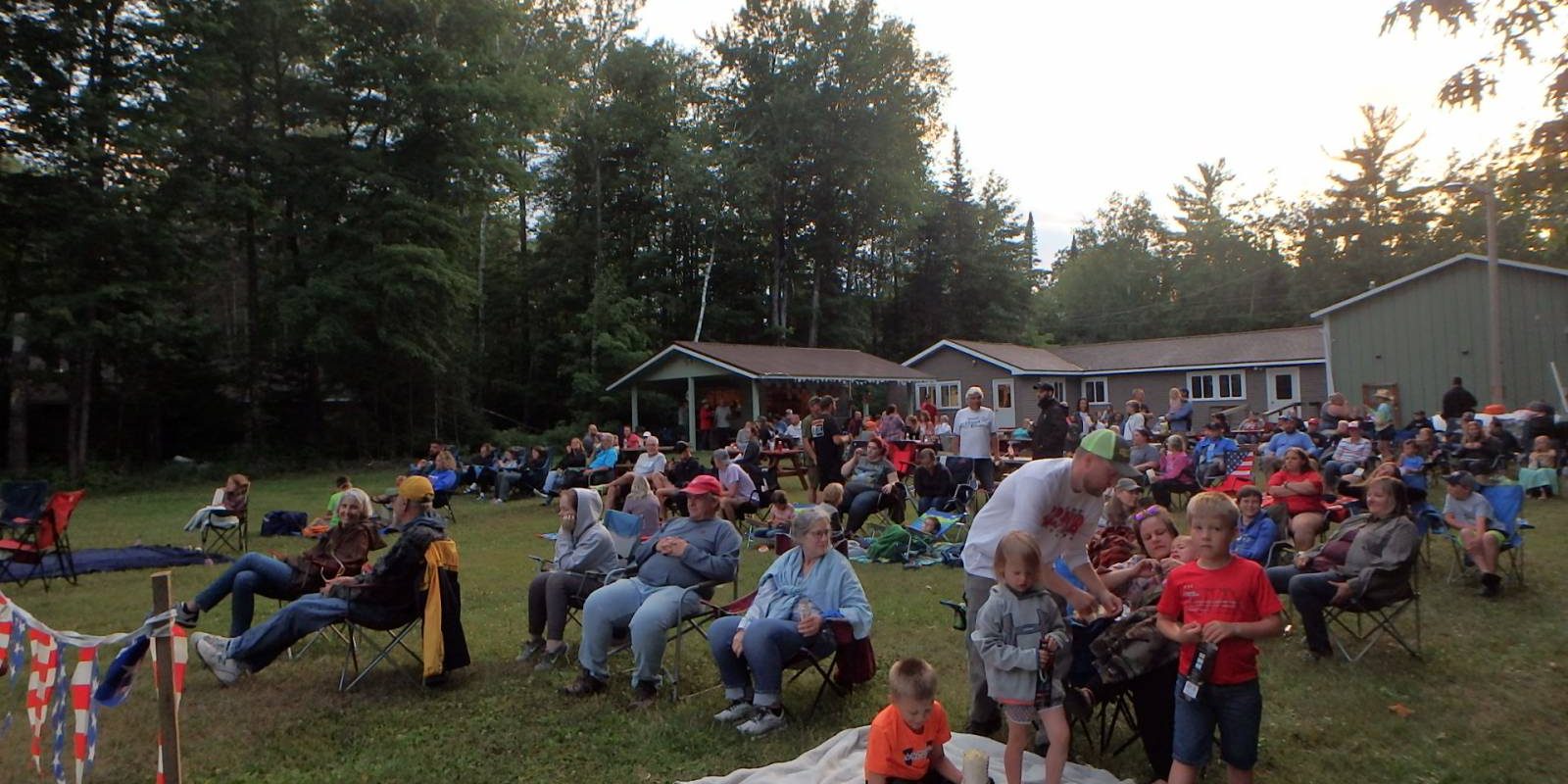 WOW TIME!!! On Saturday, July 3rd, people gathered at the Clam Lake Community Club to enjoy Clam Lake’s annual 4th of July spectacular. This year’s event was the best attended on record drawing locals, out of towners and tourists alike. Of course, the fireworks did not disappoint eliciting plenty of oohs and aahs with the Wow Factor running high. We wish to thank Derek Bay, Bud Rubeck, Tom Biasi, Josh Louks, Joel Eder and Cole Evansen for helming the controls for the wonderful display. As always, it was jaw dropping. Super Wow! Thanks go out to Lea and Jerry Justice for making the barbecues, whom along with Dennis and Bonnie Booth, manned the concession stand. Being a traditional favorite, Lea’s barbecues never disappoint. Yum! Of course, the word of the night was POPCORN! We wish to thank the Giffaw family (Ace, Joan, Kim, Kelly, Chris and Kayla) for making and selling over 200 bags (over 100 bags more than last year!) of the buttery treat. It was definitely supply and demand as they kept two machines going with it being sold as fast as they could make it. What a great night!!!!!!!!!!!! Thanks go out to everyone for doing all that you do to make this event the success that it is!

ON THAT NOTE – ELK ESCORT – Upon entering my forest road, following the celebrations at the Clam Lake Community Club, I was greeted by a cow elk, whom knowing I was out and about later than usual, took it upon herself to escort me to my driveway. How very kind of her!

MEETING REMINDER: The Clam Lake Community Club will be holding their monthly meeting on Thursday, July 14th beginning at 5:00 pm. The short meeting will be followed by a Pot Luck and some Clam Lake Style Bingo led by Master Bingo Caller Ace Griffaw. Hope to see you there!

ST. GEORGE’S CHAPEL: Mass is celebrated every Saturday, during the summer season, at 6:00 pm in our historic “Chapel in the Woods”. Take a step back in time to a simpler era in our log cabin chapel built from the forest that surrounds it. When you hear the old church bell ring you’ll know it’s time to “come pray with us!”

ELK HUNT UPDATE: Wisconsin Outdoor News has reported that, once again, the northern elk zone will have a harvest of eight bull elk this fall. Wisconsin’s elk herds are projected to total about 465 animals following the spring calving season with the northern herd about 259 elk. Following the spring calving season our northern herd should jump to around 336. 2022 will mark the fifth year Wisconsin has held an elk hunt. During the first three years the NRB approved a quota of 10 bull elk of which half were made available to Chippewa tribal hunters. In 2021 the harvest number was reduced to eight. The DNR Elk Advisory Committee and the DNR believe an annual harvest above eight bulls would erode the bull population and have long term impacts on the herd. Josh Spiegel, Elk Biologist for the DNR, indicated that the goal is for about 1,400 elk in the northern herd. This should provide hunting opportunities and also draw tourists to the area. The 2022 elk hunt will run Oct. 15th thru Nov. 13th and Dec. 8th – 16th.

Also shown is part of the assembled gathering early in the evening. By the end of the night the crowd had doubled.