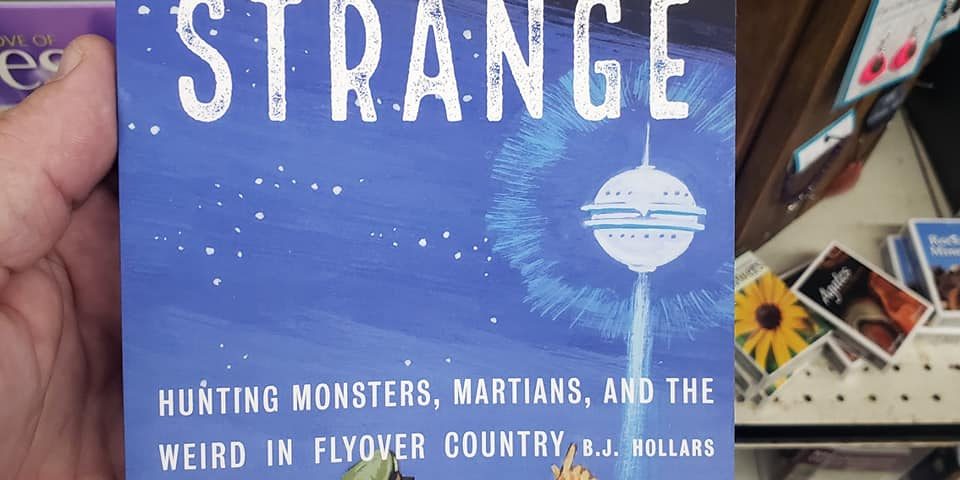 Our weather this past week was, once again, a mix of sun and clouds with a few drops of rain here and there. A few mornings we awoke to hard frosts that looked like snow on the ground. Sunday we saw the real thing. Thankfully, it didn’t stick to the ground. Considering in past years we’ve often had snow on the ground by this time of year, I guess we can handle a few flurries.

MEETING REMINDER: The Clam Lake Community Club will hold their monthly meeting on Thursday, November 11th starting at 5:00 pm. The meeting will be followed by a Pot Luck and some Clam Lake style Bingo. Come for the Pot Luck, stay for the fun! See you there!

MEAT RAFFLE: The Clam Lake Forest Riders will be holding a meat raffle on Saturday November 13th at Ransom’s Place. Come on out and support this worthwhile club and win some delicious meat in the process. Good times!

MIDWESTERN STRANGE: The Clam Lake Junction has gotten the book Midwestern Strange in. This book features a chapter on Clam Lake’s controversial Navy installation, Project ELF, which was a major presence in Clam from 1969 until 2005. If you’ve ever wondered what this project was about and the controversy surrounding it and the locals reactions to it, this is the book for you. Along with all the Monsters, Martians and the Weird included in this book, it proudly holds it’s own!

TEENAGE GANG – CLAM LAKE STYLE: When I was out and about early one day last week I was lucky to happen upon, not one, not two, not three but, four bull elk grazing alongside the road. Three of them were together in a group which, to me, seemed unusual. I called Josh Spiegel, our elk biologist, to ask if this was rare. He said, considering that they were younger bulls (teenagers), they were most likely still hanging out with the elk that had formed their nursery groups. He also stated that some bulls do strike up “friendships” of sorts and will hang together until they hit the stage where they fully mature and the rut interferes with “friendship”. He said he knew of two bulls that were together all the time – eating, bedding down together and so on. Then the rut hit and one ended up killing the other in a battle for dominance. This particular grouping just continued chewing as I edged by. Great to see!

HISTORY MOMENT – A MEMORY: On November 1st of 1985 I was scheduled to chaperone a Friday night Junior High Halloween dance at the Glidden School – 36 years ago this past week. As I was about to head out the door to drive into Glidden my rotary phone rang (remember this is before cell phones or Internet). Edna Wiedl, the school secretary, was on the other end of the line telling me that the school I had left a few hours earlier was on fire and burning to the ground. She wanted to let me know that the dance had been cancelled. The shock, as my mind tried to process this horrific event, was unimaginable. In hindsight, I remembered hearing, in my third floor room, what I thought was popcorn being popped when possibly a nearby class had a Friday afternoon popcorn party. As it turned out, when questioned the week after, it was actually the pellets of styrofoam insulation layered on the attic floor catching fire and popping. Thankfully, most everyone was gone and out of the building by the time the fire was discovered and no was hurt. The next week saw us digging through the wreckage, salvaging what we could, of textbooks and school materials. It was a time that will always live in the memories of those that were there. The school, that had stood tall since the early 1900’s, and serviced both Glidden and Clam Lake was no more.

Pictured is the book Midwestern Strange.