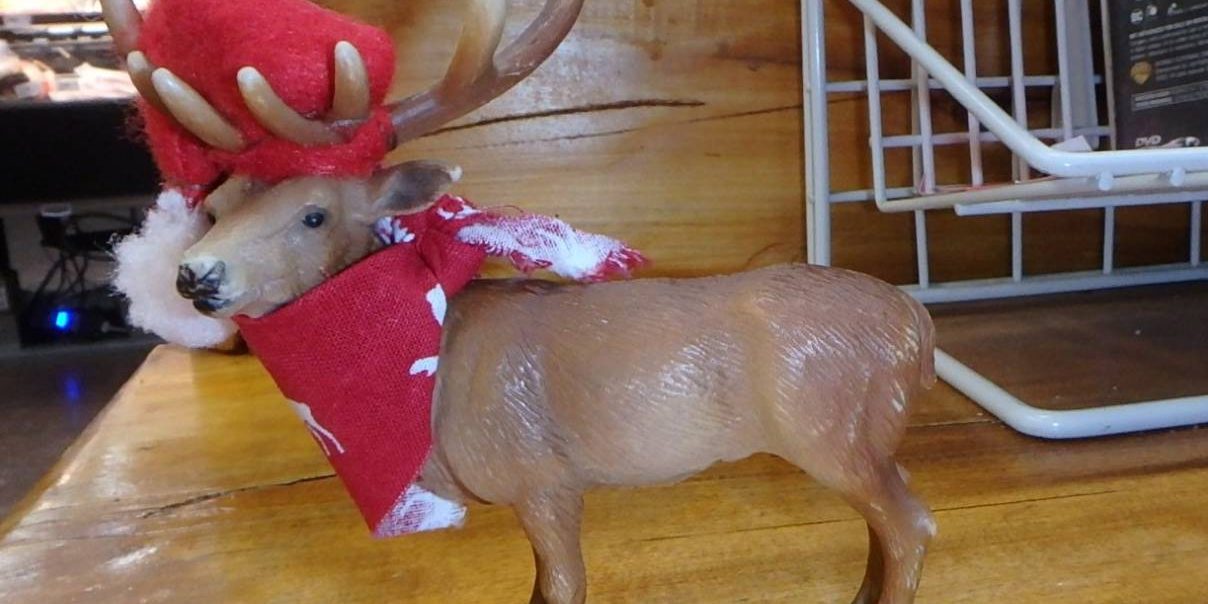 The village will be quieting down now that hunting season has passed. Now, we await the snow and the return of the snowmobile trade. For now, the businesses will enjoy a much needed break. This past week saw what little snow we had melt with temps in the 40’s for a couple days. Most of the hunters I talked with were enjoying being out in the woods on such nice days with the rest of us not complaining either.

CHRISTMAS PARTY – The Clam Lake Community Club will be holding their annual Christmas Party on Thursday, December 9th beginning with a Pot Luck at 5:00. If you are interested in participating in the gift exchange you are asked to bring a $15 same sex gift labeled accordingly. It’s Ho! Ho! HO! time in the village so put on your tinsel and come join us! All are welcome!

FOREST RIDERS NEWS: The Clam Lake Forest Riders, our local snowmobile club, have been busy getting things ready for the upcoming snowmobile season. It was reported that Rich and Makala Reukema headed out to trail 9A to put up a new information sign. Here you will find trail maps, club meat raffle dates and club membership forms. The club also tackled a huge burn at the intersection of trail 8 and FR 336. We wish to thank them for getting the forest ready for a season that is not only a fun time but, also a big boon to our local economy. Thank you!!!

SPEAKING OF – The Clam Lake Forest Riders will be holding a meat raffle on Saturday December 11th from 3:00 to 5:00 at Ransom’s Place. Come on out and support this hard working club, have a good time and win some delicious meat in the bargain.

IN STORE ELK HUNTING – ELK ON A SHELF: If you’re interested in $200.00 gift certificate and a year’s worth of free gas for your kayak, the Clam Lake Junction is the place to be! Every day, until Christmas Eve, a small holiday themed elk statue will be hidden within the public spaces of the Junction. If you are lucky enough to find him, bring him to the counter and your name will be put in a drawing for a $200.00 gift certificate and that much sought after kayak gas. The drawing will be held on Christmas Eve. Good luck to all those elk hunters out there!

HISTORY MOMENT: This was taken from the November 29 1946 issue of the Glidden Enterprise: “Retires as Postmaster at Clam Lake Nov. 30th – Taylor Scotford (then 21) will be acting postmaster at Clam Lake, commencing Sunday, Dec. 1st. He succeeds his father H.A. Scotford ( age 70), who retires because of the age requirements. He had been Clam Lake’s first and only postmaster, setting up the office here about 20 years ago.” (As a side note: Taylor would hold this position until 1956 with Dodo Dumanch taking over from him. Dodo would go on to be Clam Lake’s postmaster for the next 50 years.)

Time to wish all those celebrating birthdays in December a very Happy Day!

The two couples celebrating wedding anniversaries in December are:

We wish them the best!

Pictured is Elk on a Shelf…..