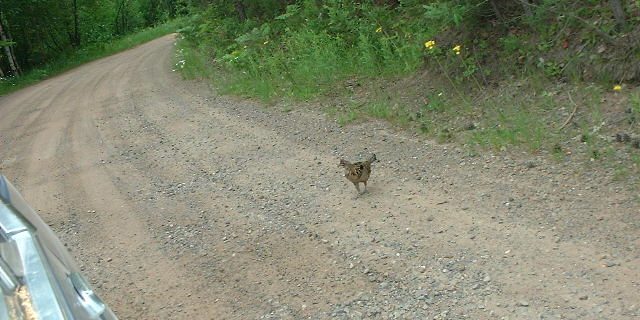 What a weather week this has been! The rain of last week finally let up, followed by some lovely Indian Summer days, followed by more rain and then snow! Feels like we went through the gamut of seasons in one week. Ahhh…..Wisconsin…..gotta love it! And we do.

On the upside, Fall is definitely in full bloom. The forest is gorgeous!!!

UPCOMING EVENTS: An Autumn Party is slated for Friday, October 25th at the Clam Lake Community Club featuring Beth Allison and friends entertaining. This begins with a Pot Luck around 5:30 with music and mayhem from 6:00 to 8:00. There is no charge for this event so come and enjoy some good music, food and friends. Costumes are welcome but, not mandatory. Time to get your spook on – if you dare!

RECAPS: Thursday, October 10th the Community Club held their monthly meeting. In keeping with the season, apples were the featured food of the evening with several very delicious representations. After some good food (including Ron Vecchie’s famous chili) we moved onto the featured silly of the evening – Bingo. Ace had us working hard, especially trying to find 0-99 but, we threw him a curve when we decided to play Postage Stamp Bingo. The refrain of the night became: just say no to B’s. After a never ending game of “X Marks the Spot” it was agreed that Ace will once again attend the Northern Wisconsin Bingo Academy for his 2019/2020 recertification.

According to Gail McDonnell, the Forest Riders Snowmobile Club had a great turn out for their monthly meat raffle held at Ransom’s Place. Spud and Terry BeBeau started off the event by winning the first three boxes of meat. Congrats go out to them! Several regular meat raffle attendees were on hand as well as a host of newbies. A great mix of people! Gail expressed thanks to all that came out on a snowy afternoon to participate and catch another Badger victory in the process. The next raffle will be on November 9th with all proceeds going to local charities.

GROUSE WITH ATTITUDE: This time of year Clam Lake becomes a haven for grouse hunters. Many travel up from the southern states to stay and hunt in our area. This is great for our economy and we welcome it. Grouse, to me, were always just mild mannered creatures, until the year we had a bird we named Louie in attendance. Louie lived by the end of our driveway and made it his personal mission to guard that area. It was HIS!! Every time we’d drive in or out Louie would come charging from the side of the road to chase the car away. Once it got past his designated area he’d retreat back into the woods. This would also go on if you 4-wheeled past his territory He’d fly up and chase the ATV down the road. One time he even landed on my head! I felt something warm on my shoulders and reached up and there was Louie. I screamed – he flew. This went on ALL summer. Amazingly, Louie did not get hit by the vehicles he chased, although he did come close many times. Puzzled, I stopped at the DNR office one day and asked about his odd behavior. It was explained to me that sometimes male grouse will get extremely territorial and act in odd ways. Although none of them had heard of one as aggressive as our Louie. Sadly, when grouse season rolled around, Louie met his match and was never seen again.

Pictured is Louie preparing to defend his territory.