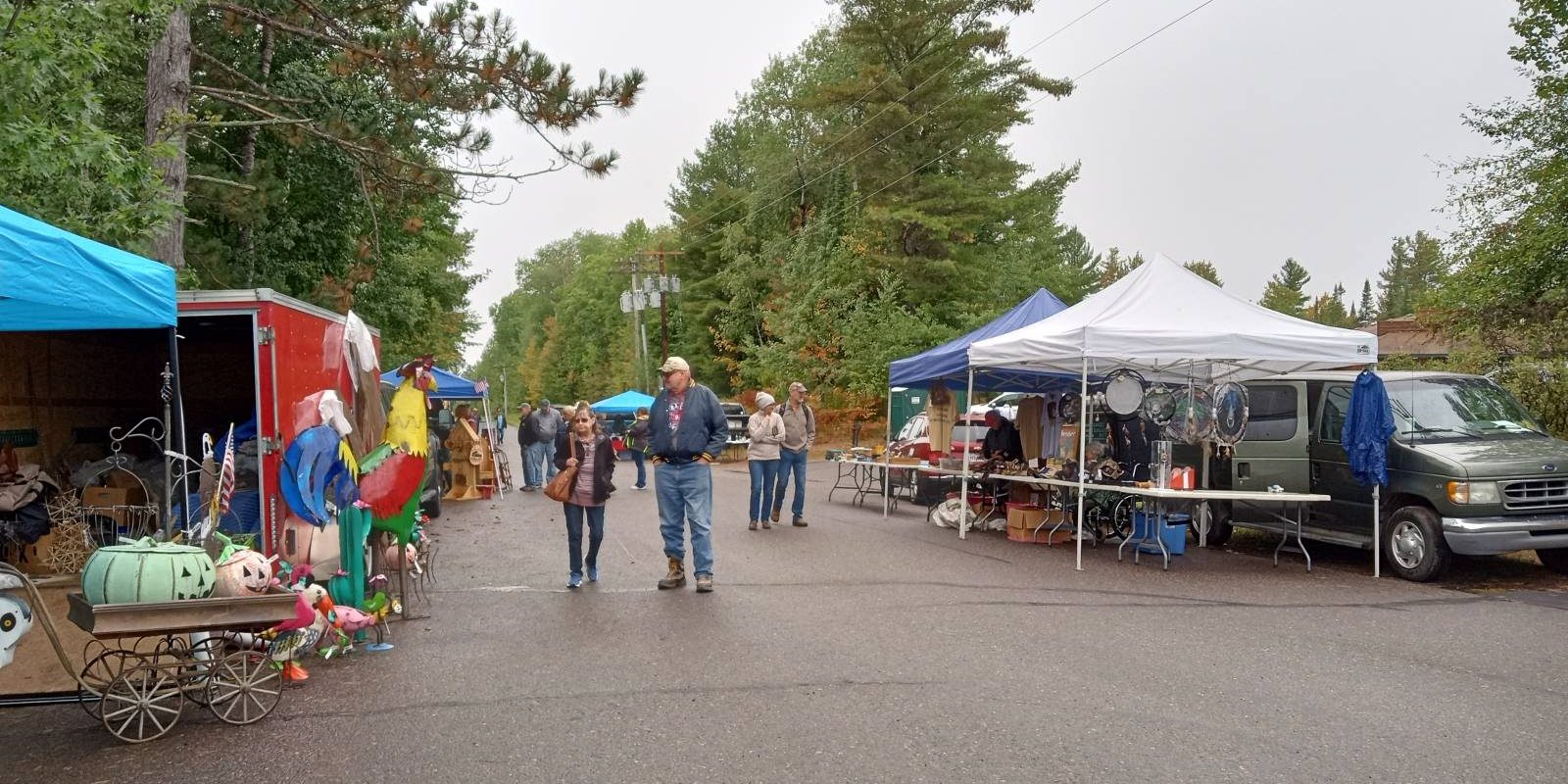 Seems Mother Nature took the Fall Equinox (September 22nd) seriously as we went from 81 one day to 61 the next with frost warnings going into effect. Hello Autumn!!!! Heaters have been fired up and sweatshirts have been brought out with some beautiful fall foliage beginning it’s display. And, as is part of Fall in Clam Lake, if you step outside in the early morning or evening you will hear the bull elk bugling as they call out to attract that special someone. So begins their circle of life for another year.

ELK FEST 2022 RECAP: Even with a bit of rain and cool temperatures, Clam Lake’s 2nd annual Elk Fest was well attended. The morning started off with a standing room only talk given by Elk Biologist Josh Spiegel at the Clam Lake Community Club. Josh explained the history of elk in Wisconsin and why Clam Lake was chosen as the ideal spot for their reintroduction which was mainly habitat related. He informed us as to how the collars work, how the elk have spread out forming various pockets such as the Shanagolden, Butternut and Highbridge groups. He also discussed the elk hunt and how that is managed, elk relocation from the Flambeau to the Clam Lake area and many other topics of interest. His talk was followed by a 2 mile walking elk tour led by guide Rob Sparhawk of which several participated. Then it was onto Clam Lake proper where the vendors, music and car show were in full swing. Congrats go out to the Elk Country ATV Club on serving up their delicious flip chicken. Was wonderful! And if that wasn’t enough the Clam Lake Forest Riders held a surprise meat raffle at Ransoms Place from 3 to 5. Thanks to one and all that worked to make this event the success it was. Great day to be in the village!

FLYING THE FRIENDLY SKIES – THE NEED FOR SPEED: I’m sure many of us heard the fighter jets going over our area this past week which left us wondering as to the why. I was informed that the 148th Fighter Wing is conducting night flying Sept. 19th thru the 29th. Night flying is required for pilot proficiency to train for future missions worldwide. All F-16’s are expected to be on the ground by 10:45 pm.

MEETING REMINDER: On Thursday, October 13th the Clam Lake Community Club will be holding their monthly meeting beginning at 5:00 pm. After the short meeting there will be a Pot Luck followed by some Clam Lake style Bingo presided over by Master Bingo Caller Ace Griffaw. Hope to see you there!

MEAT RAFFLE: The Clam Lake Forest Riders will be holding a meat raffle on Saturday, October 8th from 3:00 to 5:00 at Ransoms Place. Time to come out and support this worthwhile club and win some delicious meat from Rondeaus in the bargain. Yum!

Time to wish everyone celebrating birthdays in October a very happy day! They are:

Those couples celebrating anniversaries in October are: