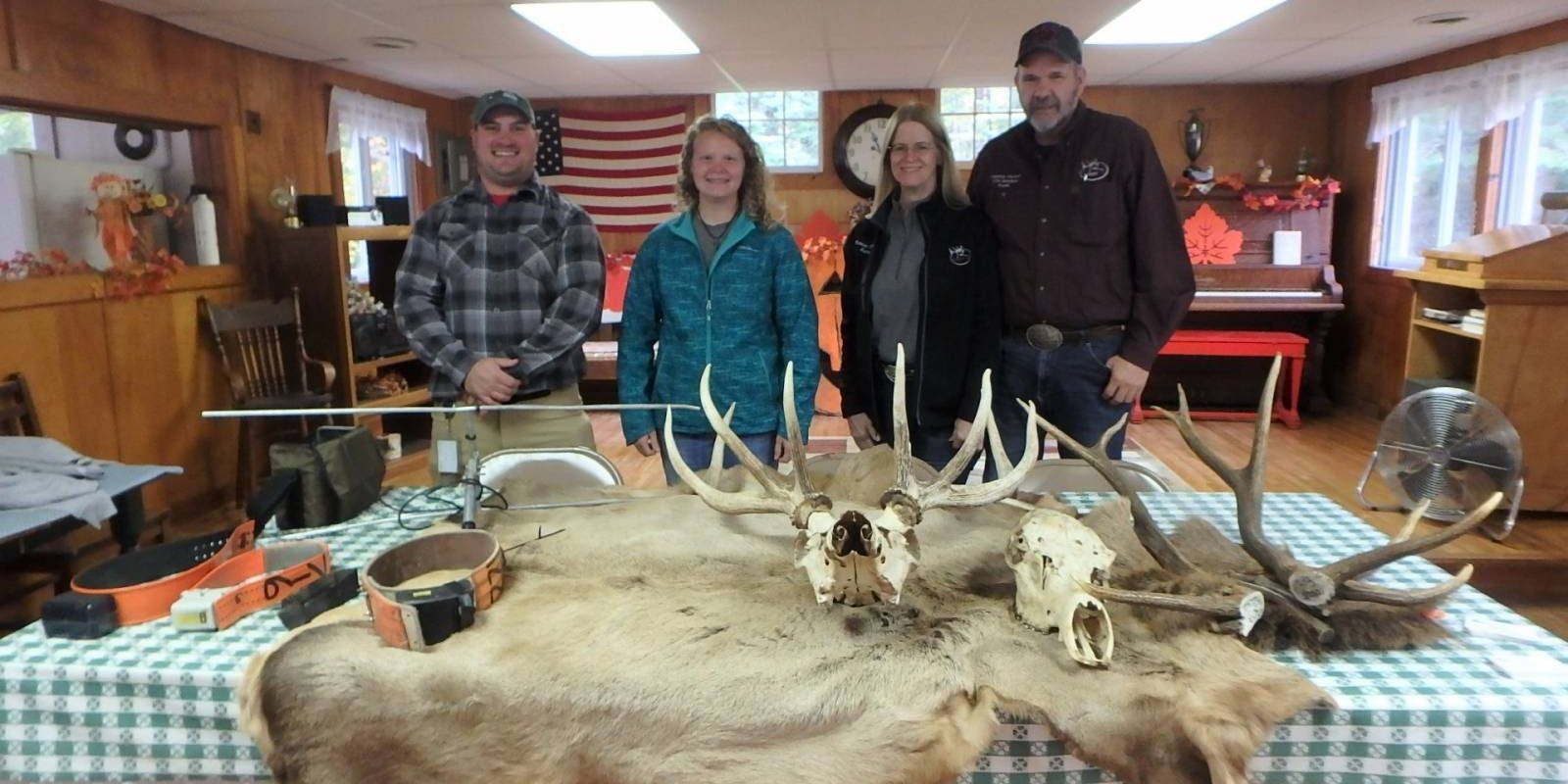 Last week saw us usher in the first day of Autumn with summer seeming to want to have a proper send off as we saw temperatures climb into the mid 80’s for a day or two. Then, almost on cue, we went back to frost warnings and crisp days. We also were able to dodge the bullet as severe thunderstorms and tornadoes threatened the area. Thankfully, those storms decided to give Clam Lake a miss.

ELK FEST RECAP: Saturday, September 25th saw Clam Lake a-jumpin’ as we celebrated our first annual Elk Fest. The day started off at the Community Club with a “standing room only” elk presentation given by Elk Biologist Josh Spiegel. Heading downtown, one found vendors lined up and down Clam Lake Road selling their wares including a blast from the past with some art work, brought by a vendor, done by former Clam Lake woodcarver Jerry Holter (my Dad). The car show was in full swing as Clam Lake fiddler, Beth Allison and her band (The Wild Thymers), provided the first set of entertainment followed by the Blue Grass Trio. The Elk Country ATV Club provided the food with the Clam Lake Forest Riders Snowmobile Club rounding things out by holding a meat raffle at Ransom’s Place. Elk Fest was definitely a resounding success and we wish to thank all those that helped make this event possible. We look forward to next year! Way to go Clam Lake!!!!

MEETING REMINDER: The Clam Lake Community Club will hold their monthly meeting on Thursday, October 14th beginning at 5 pm. The meeting will be followed by a Pot Luck, socializing and Bingo. All are welcome. Come for the Pot Luck – stay for the fun!

SYMPATHIES go out to Rick and Kris Guthman on the loss of Rick’s father Carl Guthman. Carl loved coming to Clam Lake to hunt, fish, relax and just have fun. It is said he considered Clam Lake to be his second home. He was a man that loved time spent with his family especially hunting and fishing expeditions up north with his children and grandchildren. In November, him and his wife, Iona, would have been married 75 years. Wow! He will definitely be missed by many. Carl was 96.

Time to wish all those celebrating birthdays in October a very Happy Day!

Those celebrating their wedding anniversary in October are:

We wish them all a very Happy Anniversary!!! May it be a great day!!