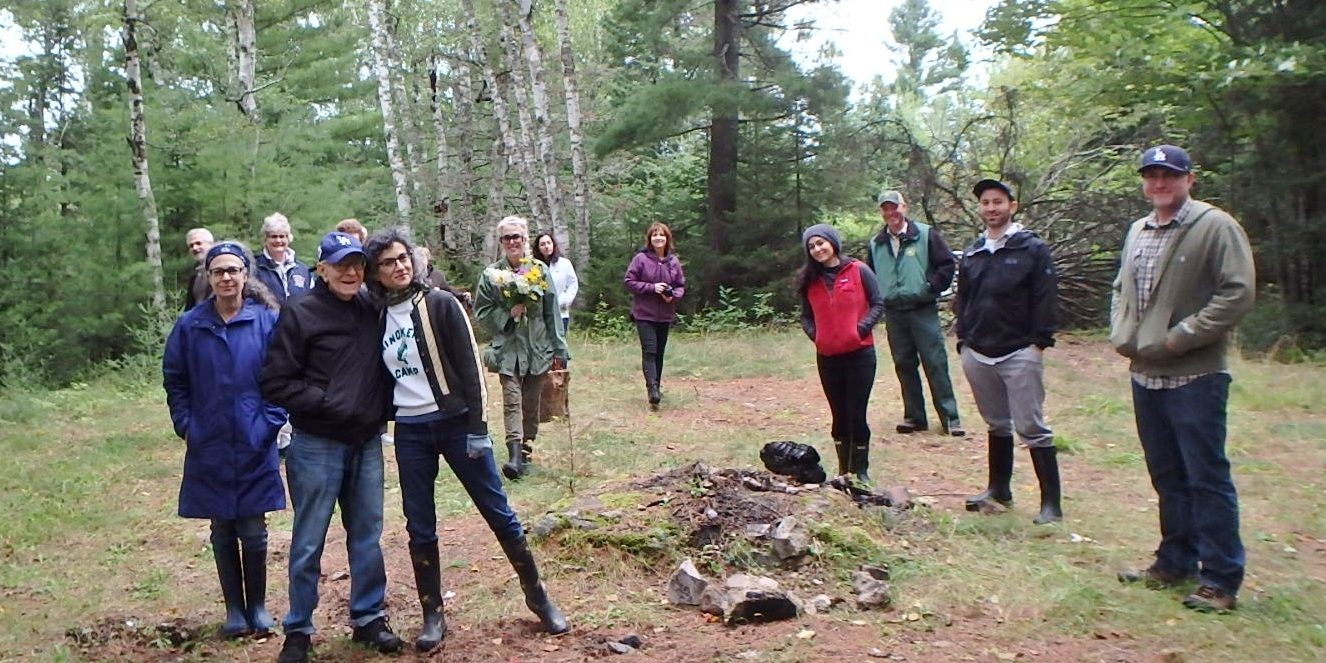 ALL ABOARD: The Clam Lake school bus rides again! Two students from Clam Lake are heading off to school for the 2019/2020 school year. They are at both ends of the educational spectrum. We have Marlie Reukema who will be entering 5 year old Kindergarten and Bethany Eder who will be a Senior in High School. Have a great year girls! (As a side note: Marlie’s father, Richard, is the only resident of Clam Lake whom was born and raised in the village. I remember him heading off to Kindergarten – time flies!)

CRITTER REPORT: Over the last couple of weeks many of my forest neighbors have come to call reminding me that I share my world with them. My errant swans have once again taken up residence across the lake as my loon calls out his mournful song to them. You can almost see them looking at each other with a “what’s his problem?” expression on their faces. A fox runs down the drive as a forest hare peeks out from the raspberry bushes. Not to be left out, a young raccoon waddled by the window as I rode my exercise bike. After taking a quick look at whatever was playing on the TV he headed for the woods. Busy neighborhood this time of year!

PICKLEBALL started out dry and relatively peaceful, then Mother Nature decided to get in the game whipping up some powerful serves in the form of mighty wind gusts and thunder. Before we knew what was happening we were soaking wet trying to gather our belongings running to our cars. As I drove away I saw a ball rolling towards the woods. Ok! Ok!….you win!!! Next week? Revenge! Game on! (Tuesdays at 10:00)

REMINDERS: Saturday, September 7th there will be a special Thank-you Mass at St. George’s Chapel at 6:00 pm. This will be our last Mass until spring. Following the Mass will be a Pot Luck. The sign up sheet and details for this event are at the Chapel. Once again – thanks to all that have made this a great year for our historic “Chapel in the Woods.”

The Clam Lake Community Club will hold their monthly Meeting/Pot Luck/Bingo on Thursday, September 12th starting at five. Come join us for some silly.

HISTORY MOMENTS – RETURN TO MINOKEMEG: On Wednesday, it was my great pleasure to return to one of our local landmarks – Minokemeg Camp – commonly known as the Girls Camp on Buffalo Lake. The Camp operated from 1947 till 1972 and was run by Helen (Wolf) Wilens. Her father, Walter Wolf of Chicago, bought the land and proceeded to build what became a very exclusive camp for girls making his daughter Helen camp director. Her sister, Phyllis Siegel, was also on hand during the summers to help Helen run the Camp. This week members of their families returned north, from various parts of the US, to revisit their family history. Many of them spent their summers at the Camp as small children thru early adulthood. It was wonderful to walk through the past with them and learn where everything was and how the camp operated. At one time the Camp comprised 23 buildings complete with it’s own water tower. Girls that came to camp spent their entire summers at Minokemeg. Their days were kept full with various activities including horseback riding, dramatics, swimming, camping, boating, archery, golf, sailing and on and on. Chad Jacobson of the Forest Service was also on hand as were locals from Clam Lake that had connections to the once prestigious camp. Each shared their memories from their experiences with it. What a special day it was traveling back into our rich and varied past!

Pictured are members of the Wolf and Siegel families, Chad Jacobson and locals getting ready to head back to the site and at the ruins of Minokemeg Camp.