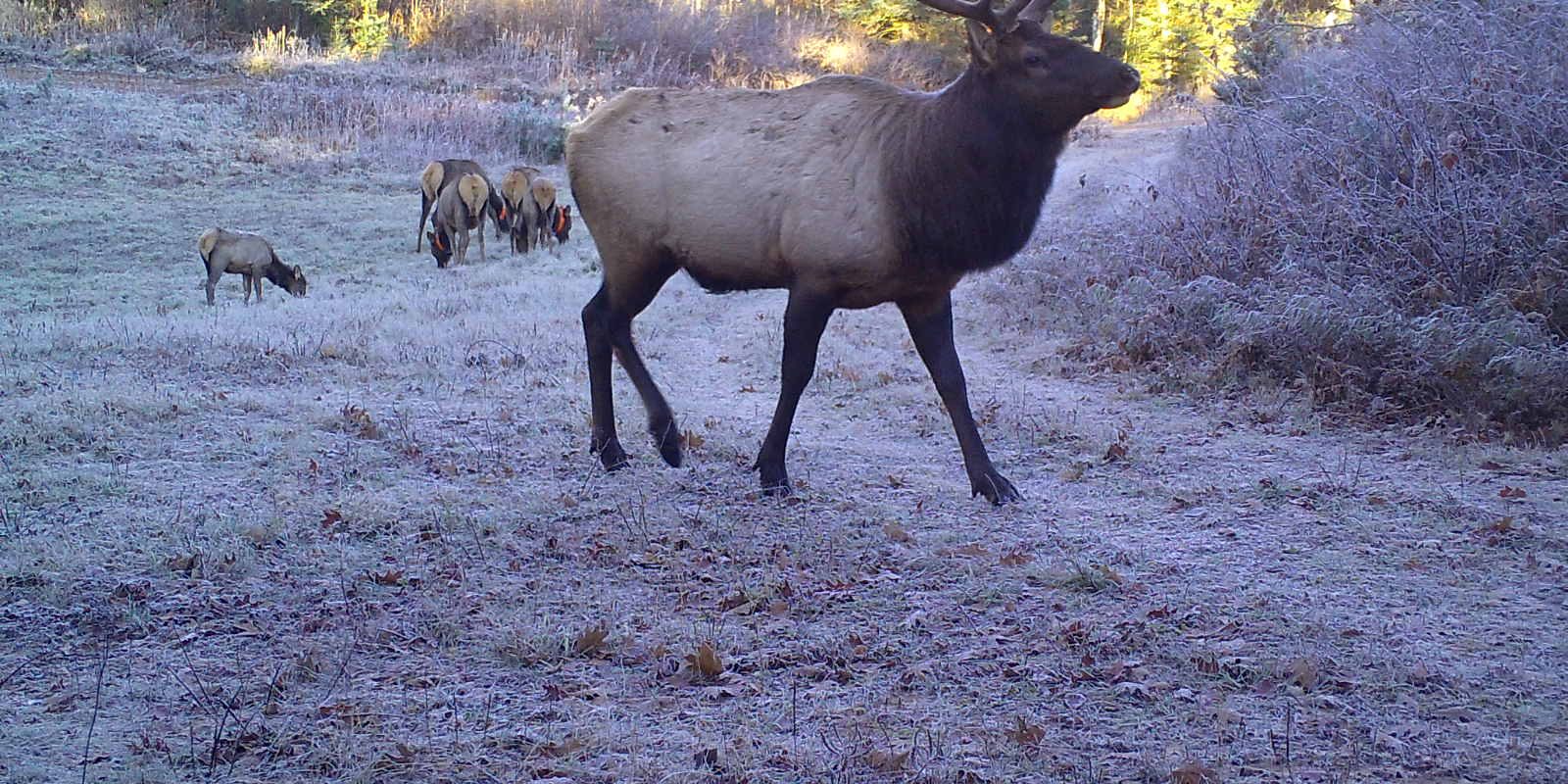 After a week of summery temps and skies, we are back to more Fall like weather. Tuesday night saw a storm pass through with high winds with tornado warnings hovering. Thankfully, the power held on and the tornadoes passed us by. The leaves are turning the forest into a blaze of color.

The village is busy, busy as always. Lots of ATVers, hunters and people driving around doing color tours and hoping for views of elk.

ELK COUNTRY ATV CLUB RIDE: On Saturday the 28th, fifteen people participated in an Elk Country ATV Club ride to Louie’s Landing, according to Pat Dudley. Joining them on their voyage were Ray and Debbie Brickner from Oostburg, WI and Cam Gause and Janet Harding from Weeki Wachee, Florida (population 12). After a visit to their cabin, the group headed back to Clam Lake. A great time was had by all!

CLASS OF 1959 REUNITES: Pat Dudley was happy to announce that she had attended her 60th class reunion which was held at the Avalon in Chippewa Falls. Pat attended Regis Catholic High School in Eau Claire. Out of the 129 graduates 40-45 made the reunion. She said it was a “Hoot!” – especially trying to guess who was whom.

WHEN AN ELK COMES A-COURTIN’ – Fall is the season of love for many of our woodland neighbors with the elk being top on the list at the moment. The moose that wandered down into our area last week struck out, but, the elk are having a better time of it. Last weekend, when it was warm out, I had the windows open and could hear bugling off in the distance. Slowly it came closer and closer until I could hear the crunching of large hooves outside accompanied by a mighty bugle. I ran to the door and there he was – a big bull elk a short distance from the house with his head lifted as if to bugle. For a moment our eyes met – a question hanging in the air – who?…what? I ran and grabbed my camera but he ducked out of sight. I didn’t even get a chance to invite him in for a cup of coffee!..(As a side note: Although I jest about the elk’s “house call”, keep in mind that bulls during mating season should not be approached as they may be aggressive. In other words – don’t try this at home!)

OTHER ELK NEWS: According to the Sawyer County Record, tribal hunters have filled three of their five elk tags so far. Will LaPointe, whom harvested the first elk on Friday September 13th, said much of the elk will be distributed amongst the tribe, including tribal elders.

HELIPAD: Construction is underway, with a projected finish date of spring 2020, of a helipad in the Town of Gordon’s recycling area. Since this project is still in the beginning stages more will be written about it later. It will be used as a landing area for helicopters to airlift people in emergency situations.This will be another thing to be added to Clam Lake’s ever changing landscape of community and area benefits.Thanks to all involved. As they say….stay tuned.

UPCOMING EVENTS: Thursday, October 10th the Clam Lake Community Club will be holding their monthly Meeting/Pot Luck/Bingo starting at five. Come join us for some good food and a few giggles.

MEAT RAFFLE: Saturday, October 12th the Forest Riders Snowmobile Club will be holding a meat raffle at Ransom’s Place running from 3:00 to 5:00 pm. Come support this great club and win some dinner. All meats come from the Sixth Street Market in Ashland.

AUTUMN PARTY: Once again, Beth Allison and friends are scheduled to entertain at the Clam Lake Community Club on Friday October 25th. This time, Beth’s group will be former band mates traveling up from the Racine area to spend some time in our area and play some music. This will feature a Pot Luck starting around 5:30 with music from 6:00 to 8:00. There is no charge for this event. Costumes are welcome but not necessary. Promises to be a fun time!

Until next week….enjoy the Fall colors!

Pictured is a Wisconsin DNR Snapshot trail cam image of one or our Clam Lake bulls and his “harem”. Photo credit: Chris Frasch