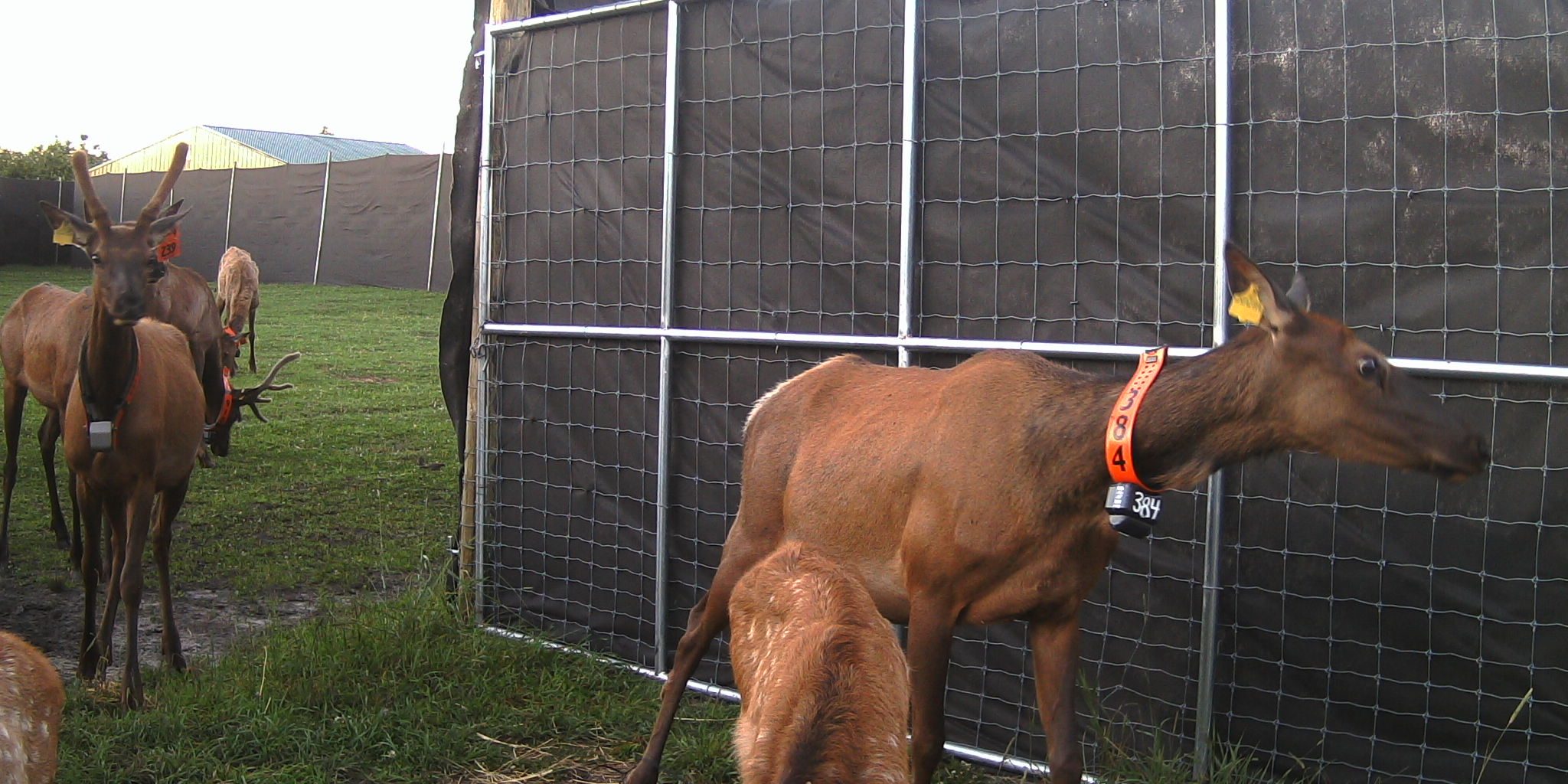 In March, Governor Scott Walker announced the arrival of the second elk herd from Kentucky as part of a five-year elk reintroduction program being conducted by the Wisconsin Department of Natural Resources (DNR).

“The second year of Jackson County elk reintroduction efforts has been exceptional with the arrival of several new calves born in the pen,” said Kevin Wallenfang, Wisconsin Department of Natural Resources elk ecologist and elk reintroduction coordinator.  “We have wrapped up our efforts here in Jackson County with the release of the second herd. We’ll now focus the next two to three years on adding animals to the northern herd.”

This year’s arrivals from Kentucky received 24-hour care and monitoring during the required 120 day quarantine period which officially concluded on June 5.  Health testing results, as well as timing of when the last calf was born, determined how long the elk were in the holding pen.  Each animal, including newborn calves, has been fitted with a tracking collar to monitor movement and survival after release.

In year one of reintroduction efforts, 23 elk were released in eastern Jackson County. Currently, 13 of those elk remain alive and at least one wild birth has been confirmed from them.  The elk are being observed and enjoyed by locals on a regular basis, and visitors from outside the area are traveling to Jackson County in hopes of viewing them in the wild.

Primary elk reintroduction partners, including Rocky Mountain Elk Foundation, Jackson County Wildlife Fund, the Ho-Chunk Nation, and others would like to thank the public for their continued support and cooperation.  The public is being asked to continue to avoid the general vicinity of the holding pen, and remain watchful when driving in the area to avoid vehicle collision with the elk.

“It’s been a great effort getting them here, and now we want to do everything in our power to ensure the herd’s success,” says Kurt Flack, regional director for Rocky Mountain Elk Foundation.  “We ask for these first several weeks that folks give them their space until they settle in.”

With elk translocation now complete in Jackson County, the remaining two to three years of the project will focus on delivering up to 75 Kentucky elk to northern Wisconsin where they will join the original herd, established in 1995. That herd continues to see slow but steady growth and is estimated to contain approximately 165 elk at this time.  That estimate includes approximately 35 that were expected to be born this spring.  Following another mild winter in 2015-16, winter losses were estimated to be low.