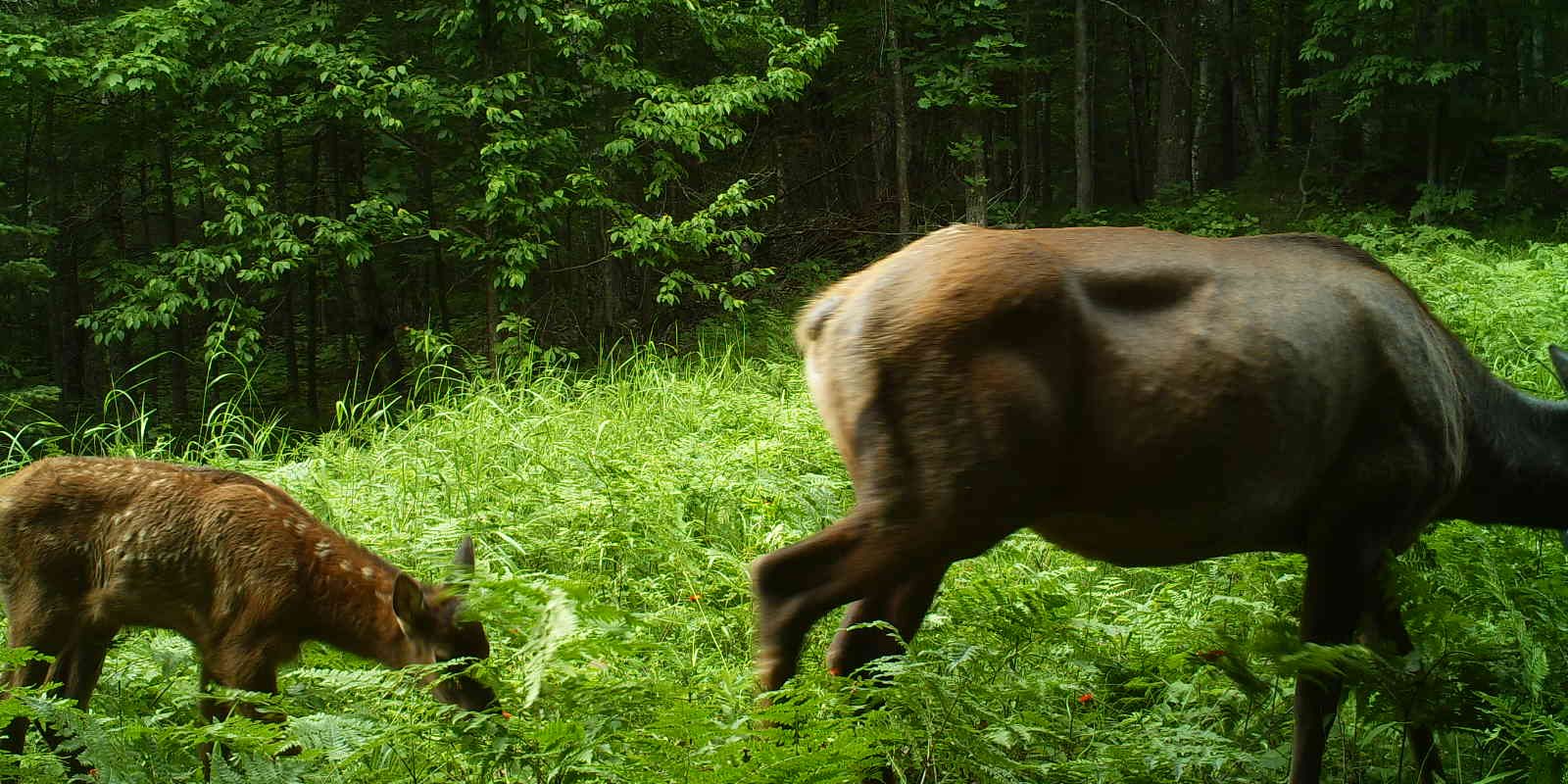 Flambeau River State Forest near Winter, Wis. – After another successful winter trapping effort, 31 elk are now roaming their new home in northern Wisconsin after being released from their acclimation and quarantine pen.

This year’s class represents the third year of Wisconsin’s elk translocation efforts and the first year that elk have been released into the Clam Lake elk range in over 20 years.

Following two years of translocation efforts in Jackson County, focus shifted back to the original northern herd that resides primarily in Sawyer County, which originated from 25 Michigan elk released in 1995. Twenty-eight elk arrived at the holding pen in late March, but numbers grew slightly as pregnant cows gave birth this summer.

“Overall it was another great year, with many key partners including the Kentucky Department of Fish and Wildlife Resources, Rocky Mountain Elk Foundation, Great Lakes Indian Fish and Wildlife Commission, Flambeau River State Forest, U.S. Forest Service, and others all coming together to make these efforts a success,” said Kevin Wallenfang,

Wisconsin Department of Natural Resources elk ecologist and elk reintroduction coordinator. “We experienced some new challenges this year, but overall things went well and we are excited to release these elk into the wild,”

Project goals include the addition of up to 75 elk to the northern population in an effort to supplement herd growth and add new genetics. Currently, the northern elk population is estimated at approximately 165 animals spread throughout several hundred square miles.

“The northern herd has grown steadily, but slower than desired over the years,” said Wallenfang. “This current effort will give the herd a boost in overall numbers and hopefully provide a jump-start for herd growth – an influx of new genetics will also benefit the herd moving forward.”

Upon arrival from Kentucky, the elk received 24-hour care and monitoring during the required 120 day quarantine period, which concluded in early June. Final health testing, general animal condition, and calving determined when the elk were released. Each animal, including newborn calves, were fitted with a tracking collar to provide extremely useful movement, habitat preference, and survival data prior to release.

The public is being asked to avoid the general vicinity of the holding pen, and remain watchful when driving in the area to avoid vehicle collision with the elk.

“It’s been a great effort getting them here, and now we want to do everything in our power to ensure the herd’s success,” says Lou George, northern regional director for Rocky Mountain Elk Foundation. “We ask for these first several weeks that folks give them their space until they settle in.”

Elk in Jackson County adjusting well to life in Wisconsin

During the first two years of elk translocation efforts in eastern Jackson County, the Department of Natural Resources and a number of key partners released 73 elk.

The central Wisconsin herd is currently estimated at approximately 60 animals, with up to 20 calves expected to be born this spring. Several have been confirmed and efforts are being made to confirm additional births through field searches, observations and trail cameras.

“You don’t expect to see a lot of herd growth during the first couple years, but they are doing quite well and beginning to show their reproductive capabilities,” said Wallenfang.

These elk are being observed and enjoyed by locals on a regular basis, and visitors from outside the area are traveling to Jackson County in hopes of viewing them in the wild.