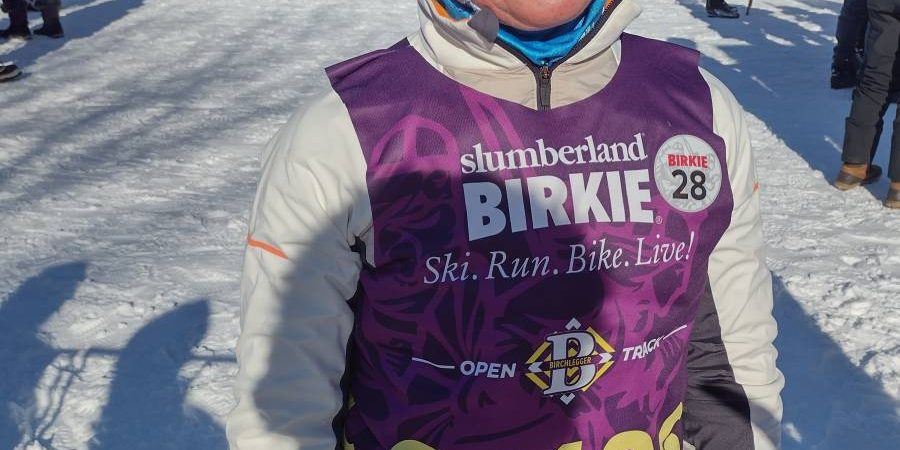 Did somebody say snow??? Um…yes, they did! And then they said it again and again and again! The beginning of the week saw us in the grips of a real old fashioned snow storm as we sat inside and watched the inches accumulate. Just for fun the wind picked up a bit of steam so the snow could begin to whirl and twirl here, there and everywhere. According to Jack McGregor, our Clam Lake weatherman, snow totals based on water content (0.84), snow depth and temperature came in at between 10 and 14 inches. Due to gusty winds this amount varied from place to place. Am sure the people heading the American Birkenbeiner were doing the happy dance as the snow came down. Am sure this year’s race was a good one! Let the cow bells ring!

EAGLE UDATE – LOVE IS IN THE AIR: Jan Sharp, our local birder, reported that she has heard two eagles calling out sweet nothings to each other from Camp Fire Island. We have fingers crossed that the happy couple will set up housekeeping.

MEETING REMINDER: The Clam Lake Community Club will be holding their monthly meeting on Thursday, March 10th starting at 5:00 pm. The short meeting will be followed by a Pot Luck. Then it’s time to try your hand at some Clam Lake Style Bingo with master Bingo Caller Ace Griffaw at the helm. Good luck, as you’ll need it! Hope to see you there!

LAST MEAT RAFFLE: The Clam Lake Forest Riders Snowmobile Club will be holding their last meat raffle of the season on Saturday March 5th. This event runs from 3:00 to 5:00 pm at Ransoms Place. They will also be choosing the winner of the 50/50 raffle at this event. Time to come out and support this hard working club one more time before the season wraps. The Forest Riders would like to extend their thanks to all those that have participated in the meat raffles over the past year. Good job! Meats are supplied by Rondeaus of Cable and Louie’s Meats.

SYMPATHIES go out to the Reinders family upon the passing of Gordon Reinders. Gordon and his wife MaryAnn moved to Clam Lake in the 80’s. My first encounter with them was during the years of the Clam Lake Firehouse breakfasts. They volunteered as dishwashers and were there every Sunday. Gordon loved gardening taking it upon himself to plant various flowers and shrubbery along Stuebe Road with people taking drives just to enjoy it’s park like atmosphere. Gordon enjoyed biking and skiing participating annually in the Kortelopet ski race with his daughter Pat. He was also a very devout man whom placed great importance on his attendance at Mass at both St. George’s and MPB in Glidden. He had the distinction of being Clam Lake’s oldest resident having turned 94 in January. He was a gentle soul that will be missed! (As a side note: Gordon’s father, George Reinders of Clam Lake, passed away at age 100.)

CONGRATS go out to Deb Vomhof of Clam Lake who participated in the American Birkenbeiner Open Track Event which was held on Wednesday, February 23rd. This event is described as “featuring the same great events, same race course, inspiring downtown finish, simply with a more relaxed approach. The Open Track Event is for skiers that want to compete against themselves on the famed Birkie Trail.” Deb and four college friends began skiing the Birkenbeiner together in 1994. Since then the group has been paired down to two skiers – Deb and her college friend Joram McClurg. This year marked their 28th year of completing the 55 kilometer race. Congratulations!!!!

Pictured is Deb Vomhof participating in her 28th American Birkenbeiner.