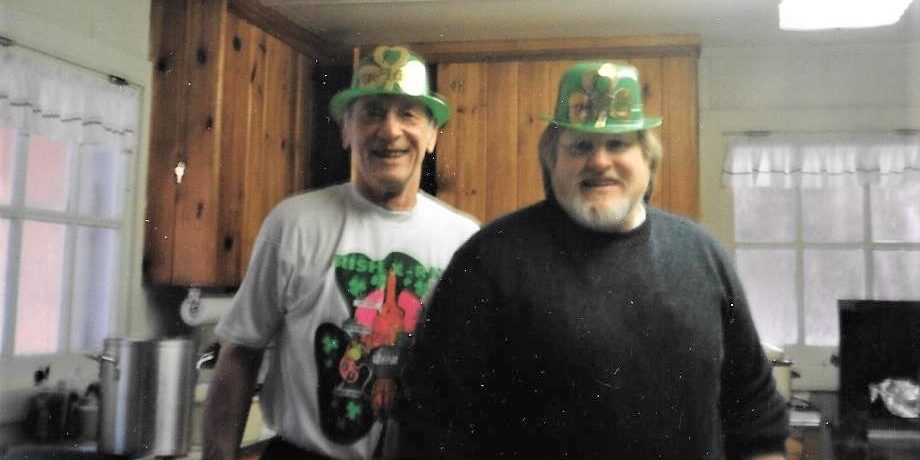 Happy St. Patrick’s Day to all those lads and lassies out there!

This week the word of the day was ICE! Every tree and shrub was covered in a layer of ice from our storm of last weekend. This lasted most of the week, which is something I’ve never seen before. The forest was truly beautiful as the sun shone making our world look like it was coated in sliver and crystals. If the wind picked up you could hear the icy branches tinkling against each other. Was truly an amazing display of nature’s beauty even though the trees took a major beating from the weight – broken trees and branches were everywhere. At least we got a bit of snow to cover the icy side roads which had become beyond treacherous. After a couple nights of below zero – hopefully winter’s last hurrah of super cold temps – we are going to be heading into 40+ degree days. Spring is a real roller coaster regarding weather, that’s for sure.

MEETING RECAP: On Thursday the 10th the Clam Lake Community Club held their monthly get together. Even though no meeting was held, the people of the community enjoyed a Pot Luck of delicious food followed by some Bingo. Master Bingo caller Ace Griffaw was unable to attend so hearkening back to times gone by Kathy (McCorison) Arias stepped up to the plate to lead Bingo. Her father, Roger McCorison, was the official Bingo caller back in the day. From all reports she did a wonderful job! Am sure her Dad would have been proud to see her carrying on the family tradition. She reported that Carl Kubley won the door prize with Lea Justice taking the Fill Your Card top honors. Congrats to them! And thank you to Kathy for being the caller.

STAY TUNED – PBS STOPS IN CLAM LAKE: A week or so ago, Kate and Jim Brinkman of Clam Lake, played host to a PBS film crew whom were in Clam to film a segment for an upcoming program on Wisconsin entitled “Wisconsin Scenic Treasures”. The show will air sometime in 2023 and highlight Wisconsin’s natural resources and beauty. The crew’s stop in Clam Lake was to try and catch our elk on film. Our elk, being a bit camera shy, had them returning a few days before they were able to get the footage they needed. Thankfully, it all worked out and our elk will be recorded as one of Wisconsin’s natural wonders. Other stops the crew made during this trip included Brule and Wausau.

HISTORY MOMENT – ST. PATRICK’s DAY: Back in the late 80’s and early 90’s the Clam Community Club hosted a yearly St. Patrick’s Day dinner with chefs Ralph Cornell and Ed Kropp at the helm. Here are portions of the minutes from March 15th 1987: “Fifty four attended this celebration. Our hall was very festive looking with all it’s green from decorations to desserts. A family style corn beef dinner was prepared and served by Ed Kropp and Ralph Cornell (owner of The Chippewa Tavern). They were the masters of 46 lbs of meat, 40 lbs of potatoes and about 20 lbs each cabbage, carrots and onions. There was a charge of $2.00 per person (no charge for little ones). Three door prizes were won by Pat Reinders, Pat Kinney and Carol Anders.” Ralph and Ed did all the cooking with the ladies of the village contributing desserts and helping with clean up. Since the Club did not have inside water at the time water had to be hand pumped from an outside pump for the cooking and clean up. Ralph told me it was a lot of hard work but a very rewarding experience when all was said and done watching people enjoying their efforts. (As a side note: Ed Kropp moved to Clam Lake after he retired from being Fire Chief for the city of Racine. He was instrumental in obtaining Clam Lake’s first fire truck and was Clam Lake’s first fire chief.)

ST. PATRICK’S DAY TRIVIA: Although we think of corned beef and cabbage as the traditional St. Patrick’s Day meal it is not the case in Ireland. The traditional St. Patrick’s Day meal there is beef or lamb stew served with colcannon (an Irish potato dish featuring mashed potatoes, cabbage, bacon and LOTS of butter – and yes, being of Irish descent I have made colcannon). Many Irish have never even tasted corned beef. Corned beef and cabbage is an American Irish dish which began when the Irish got off the boats in America and began purchasing corned beef instead of their preferred Irish Bacon (ham) since it was more affordable for them. Thus began a tradition.