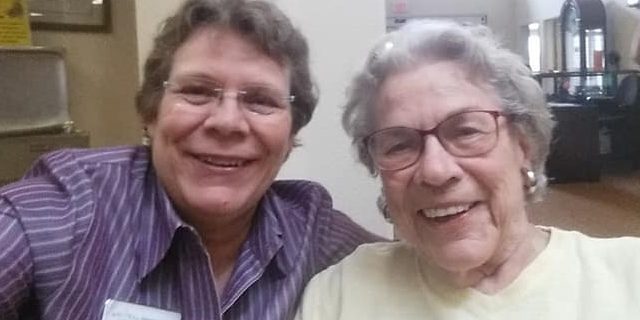 Happy Fishing Season opener! The sun made a rare appearance (after a week of rain and snow) to weclome the fishermen back to the lakes. Our village has become a busy hub for eager anglers and so it begins.We say: Bring it on! We’re ready!

It’s official! With Ransom’s Place open again, the village is completely up and running. Zac said they enjoyed their time off, but, are ready for things to get busy. Which they will! When asked what they had done over their vacation, he related that they had gone to Arizona for ten days to visit with his younger brother and spent a day in Vegas. I guess arriving to 102 degrees took some getting used to.

I ran into Kathy (McCorison) Arias at the Firday Coffee Clutch and she said how after driving to the end of her driveway to gather her mail, she decided it was so nice out she’d take a ride. She didn’t have to go far before she encountered a herd of elk grazing by the side of the road so she stopped and took some pics.. Our elk are always up for a photo op..

Carol McGregor reported that she’d had her first hummingbird arrive. “Summer” is here!

As I head into the May birthday list, I would like to wish a special Happy Birthday to Dodo Dumanch. She will have turned 89 on the third of May. I am so fortunate to have known her for the past 50 years and will always be thankful to her for sharing her memories of Clam Lake’s past with me. If I ever needed a question answered when researching our past, I always turned to her and she would never disappoint.She was our Post Master for 50 years and champion of all things Clam Lake. Thank you Dodo!!! and I hope you had a great birthday!

Another special birthday wish goes out to Don Castro who will be turning 80 years young the end of this month. Don has always been an avid runner. If you happen to see a gentleman running alongside highway 77 it’s more than likely him. Don moved here in 2008 from Wheeler Indiana and continues to enjoy running and biking. He does the 15K marathon in Grandview and the 3K in Park Falls. To keep in shape between seasons he volunteers to help unload groceries at the Junction. Due to that, he has earned his own special chair in that establishment.

I ran into Roger Anderson, formerly of Deb’s Y-Go-By. I asked him what he’s been up to and he said after taking a few months off, following the sale of the Y-Go-By, he decided to get a part time job. So, now he’s working a few days a week as a delivery man for Hayward Laundry,. He said he loves it! Gets him out of the house going to different places and meeting new people. Just enough and not too much! He even gets to deliver to Clam Lake on Wednesdays so we all get a chance to see him.

REMINDER: The Community Club will be holding their monthly meeting/Pot Luck/Bingo on Thursday May 9th. beginning at five. Hope to see you there!

Now onto the May birthdays! We wish you all a very Happy Birthday!!!

Happy Anniversary wishes go out to Ron and Colae Vecchie. Their special day is the 28th of May.

Also – Happy Mother’s Day to all!

Remember if you have news to share don’t hesitate to get in touch! Thanks!

Pictured is Dodo Dumanch with Kim Schiel at Oakwood Hills Retirement on her birthday.